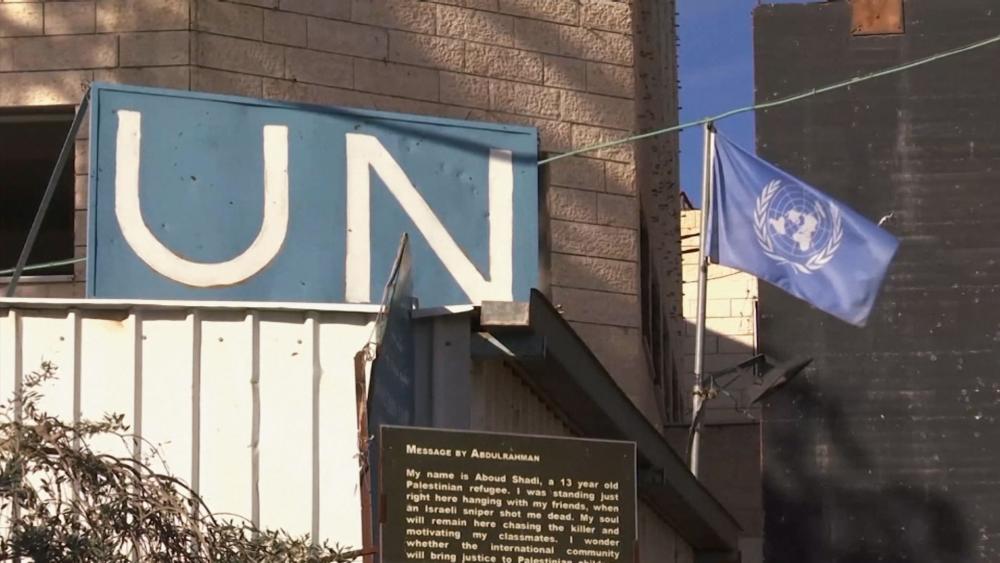 The United States and Israel on Wednesday called for UNRWA, the U.N. agency that oversees the Palestinian refugees, to cease operations.

“We need an additional $1.2 billion for our activities in 2019. We don’t believe the future of Palestine refugees should be framed in decades of UNRWA,” said Pierre Krähenbühl, the UNRWA representative, at a U.N. Security Council special discussion about the agency. “They deserve a better political future. Until then, we will continue to operate.”

“UNRWA has been empowering the refugee problem for years, instead of trying to solve it while adopting a unilateral political position,” responded Israeli Ambassador to the United Nations Danny Danon. “The organization’s schools have been transformed into terror and incitement infrastructures, with textbooks distributed on the ground denying Israel’s existence, and underground tunnels dug by Hamas.”

One UNRWA textbook offers a revisionist history of Israel as part of its goal to incite violence against Israelis.

“Since the Zionist movement established in 1856 its first settlement, known as ‘Montefioriyyah’ [Mishkenot Sha’ananim, built by Sir Moses Montefiore before the emergence of modern Zionism], south-west of the Jerusalem city wall, the series of division [actions] in Palestine has not stopped,” according to an UNRWA-funded social-studies book for ninth-graders.

“It [i.e., the Zionist movement] established settlements that included training centers and arms depots. After the ‘Catastrophe’ [Nakba in Arabic] of 1948 it ruled over more than 78% of Palestine’s territory,” continues the text. “More than 850 thousand Palestinians were made to emigrate and they and their families lived in refugee camps in Palestine and in the Diaspora. Nothing of it [Palestine] was left, except the Gaza Strip and the West Bank that were occupied [later] in 1967.”

Palestine has never been a state.

“UNRWA failed to rehabilitate the Gaza Strip and succeeded only in inciting violence against the State of Israel. UNRWA’s mandate must come to an end,” added Danon.

Danon then said to Krähenbühl, “UNRWA, like any organization, must have clear goals. What are those goals? How long will it take to reach them? And how much will it cost?”

“It is time to face the reality that the UNRWA model has failed,” said U.S. special envoy for Mideast peace negotiations Jason Greenblatt. “Year after year, budget shortfalls threatened essential services to Palestinian mothers and children. And year after year, Palestinians in refugee camps were not given the opportunity to build any future; they were misled and used as political pawns. We need to start a conversation about planning the transition of UNRWA services to host governments and international or local non-governmental organizations.”

UNRWA was established by the U.N. General Assembly in 1949 to assist Arabs who became refugees during Israel’s War of Independence the previous year.

The United States cut its funding to UNRWA in September.