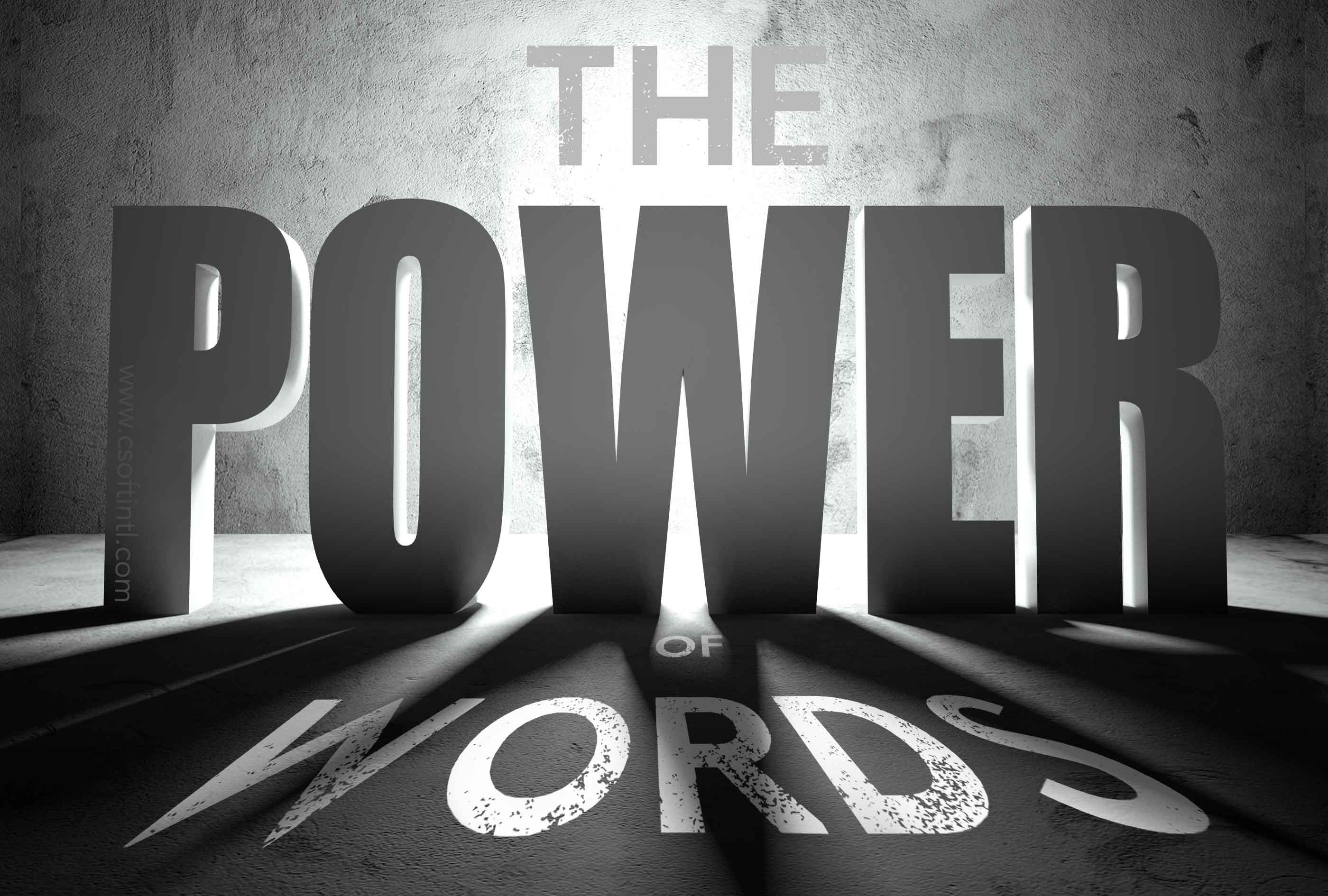 How many still recall the old saying some of our parents taught us when we were children that “sticks and stones may break your bones but words can never hurt you?”

As we matured into adulthood and some of us came face to face with harsh reality it soon became apparent that hurtful and deceitful words do indeed have the lethal capacity to inflict grievous wounds and scar victims for life.

It was while reading this week’s Torah portion that the consequences of the power of words resonated strongly again. Balak, the ruler of one of the nations confronting the Israelites as they prepared to enter the Promised Land was a realist and a clever strategist. Witnessing the defeat of much stronger armies he realized that his smaller forces had no chance of confronting a superior adversary so he cunningly devised a clever alternative plan. He employed the services of the most powerful pagan prophet of the day to cast a curse against the Israelites in the hope that these words of doom and damnation would cause them to lose faith in their cause and create panic in their ranks. Bilam was not entirely enthused with this scheme and had to be induced to proceed. His freedom of action was somewhat curtailed by the knowledge that the script would be written by a “higher power” and that his utterances would have to acknowledge reality rather than concocted lies. We all know the result. Not once but several times as he stood on a spot overlooking the encamped Israelites instead of cursing them he delivered some of the most complimentary statements ever uttered by a non-Jewish notable.

Today’s situation and recent history on the other hand vividly illustrates how words can spread poison and cause physical harm. The torrent of ignorance and deliberate venom leading to actions endangering lives has never been higher.

This recent quote could not be more apt: “Dear haters: we have so much more for you to be mad at. Just be patient.”

Dire consequences certainly do flow forth from oft-repeated lies. That is why there are so many people who believe without hesitation the most outrageous accusations and assertions against Jews and Israel. We should all know by now how the power of evil words can produce blood libels, inquisitions, ghettos, pogroms and genocide. That is the reason we must not hesitate to expose and fight those who propagate them.

Here are some of the latest examples polluting the blogosphere.

Jordan, the self-proclaimed guardian of Moslem and Christian holy sites in Jerusalem, has been preventing Jews from crossing into the country at the Allenby Bridge border from bringing any items with Jewish symbols. That means kippot, tallitot (prayer shawls) and Magen David symbols must be surrendered before their presence in the Hashemite Kingdom causes righteous Islamic outrage. Needless to say, nary a peep from the mainstream media or the usual NGO’s which profess to safeguard human rights. Next time you contemplate flying Jordanian Airways think again.

The Irish Advocate General of the European Council of Justice has demanded that products from Judea and Samaria be clearly labelled. Next step no doubt will be a demand that Jews living in those parts of their ancient homeland be branded and banned. Sound familiar?

No doubt unreported by your local media is the recent revelation that German firms sold chemical agents to the Syrian regime which can be used for poison gas warfare against civilians. Investigations by news organizations revealed that the chemical agents concerned could be used to produce the poison gas Sarin. The Jerusalem Post reported in 2018 that a German company sold insulating material to the Iranians that was later used in Iranian rockets laced with chemicals and used against Syrian civilians. Germany professes to love us, yet it allows exports of components for poison gas manufacture which one day will be used against Jews in Israel. Is there not something sickening about this?

From Europe, that continent soaked with Jewish blood, come more words designed to stir up the animosity of the masses. The incoming EU foreign policy chief is on record as having lauded the 1979 Iranian Islamic revolution and also stating that the world will have to live with Iran’s calls for Israel’s destruction. He also expressed the hope that the United Kingdom will leave the EU because it is an impediment to the creation of a European superstate.

Not to be outdone the incoming unelected President of the European Commission, the German Defence Minister, proclaimed: “my aim is the United States of Europe and the creation of a European army.”  As Basil Fawlty would say: Jawohl – don’t mention the war!!

Meanwhile, it has been revealed that the French Foreign Ministry funds youth activities in East Jerusalem operated by a member of the Popular Front for the Liberation of Palestine.

Iran has accelerated its march to nuclear bombs and the means to deliver them. In true 1930’s European appeasement mode the EU has decided to utter a faint “tut-tut” and sweep the whole matter under the nearest Persian carpet. Back then, saving Jewish lives was an undesirable objective and it seems that nothing much has changed.

Imitating other ignoramuses and distorters of historical facts, a New Zealand MP whose party is part of the governing coalition, claimed that Jesus and his parents were Palestinian refugees, no doubt hounded out of their home by those dastardly Zionist Jews. Obviously oblivious to the fact that Palestinians had not yet been invented, that Bethlehem was a Jewish city and that, horror of horrors Jews lived in Judea and Jerusalem, this latest garbage is an example of how false assertions can quickly go viral and mutate into vile hatred.

One of the mechanisms Jews have employed over the centuries to fight prejudice and lies are humour and ridicule. We have refined this art and it is no surprise that some of the best comedians have been Jewish. This example exemplifies our ability to laugh even during the worst of times: The year is 1933. Two Jews are sitting in a Viennese coffee house reading the news. One is reading the local Jewish paper, the other the notoriously antisemitic publication Der Sturmer. “How can you possibly read that revolting rubbish?” says the first. The second smiles. “What does your paper say?  Let me tell you: “The Jews are assimilating, the Jews are arguing, the Jews are disappearing.” Now let me tell you what my paper says: “The Jews control the banks, the Jews control the media, the Jews control Austria, the Jews control the world.” My friend, if you want good news about the Jews always read the antisemites.

While it is healthy to laugh, unfortunately, this is not a guaranteed method of averting the toxic pollution that threatens to once again engulf civilized countries today. We must, in addition, use every legal means at our disposal to prosecute and punish those peddling libels against Jews and Israel. Hitting them in their pockets is also a proven way to combat the dissemination of lies. Defunding groups and organizations which promote and tolerate incitement against us is essential.

As a last resort robust action must be taken. In the presence of international moral cowardice and the absence of any will to defend Jewish lives, Israel will have to make sure that history does not repeat itself. It won’t make us popular but when in history have we been popular? Only it seems when we have been massacred, burnt at the stake and gassed.

Words indeed are powerful and do lead to catastrophic events. The sooner we acknowledge that fact the better are our chances of dealing with the consequences.