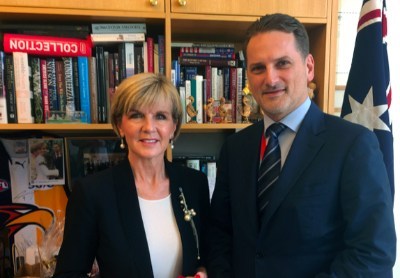 Australia, a major global donor to the United Nations Relief and Works Agency for Palestinians (UNRWA) and member of the group’s advisory committee, needs to speak out on damaging allegations against the agency’s senior staff.

The UN Office of Internal Oversight Services is investigating allegations of corruption, mismanagement, abuse of authority and bullying at UNRWA.

Australia has an $80 million, four-year Strategic Partnership Framework with UNRWA (2016-2020). Under this strategic partnership, Australia has remained one of the world’s top-20 donors to the agency.

Australia is also a member of the UNRWA Advisory Committee and is in regular contact with the agency, according to evidence provided by Department of Foreign Affairs and Trade officials during Senate Estimates.

However, the Australian Government has been silent since the allegations were exposed on Tuesday. On Thursday, UN Secretary-General Antonio Guterres confirmed there is an official investigation underway.

“Australia is a significant contributor to UNRWA and needs to speak out in light of these allegations,” Colin Rubenstein, executive director of Australia/Israel & Jewish Affairs Council.

“It is deeply disturbing to think that Australian funds may have been spent for nefarious – or even illegal purposes – rather than to help Palestinians in need of support.

UNRWA donors, Switzerland and the Netherlands, have already suspended funding to the organisation pending the outcome of the investigation. We would expect the Australian Government to, at the very least, acknowledge these serious allegations and seek assurances that our aid money is being used as intended.”

“Serious accusations have been levelled that the organisation perpetuates the conflict by discouraging Palestinians from permanently resettling; by effectively promising them a legally-baseless and functionally-impossible ‘right of return’ and by lacking neutrality in its operations, such as using anti-Israel, and even antisemitic, texts to teach young Palestinians in UNRWA-run schools.”

UNRWA provides services to more than five million Palestinians, most of whom are the descendants of the 700,000 Palestinians who were displaced after the establishment of Israel in 1948.