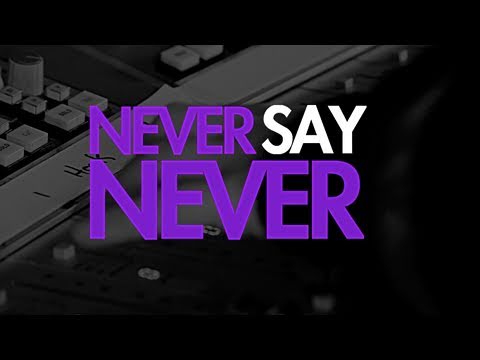 Whenever you hear or read about politicians or political parties stating that they will never embark on a particular course of action your alarm bells should start ringing.

That is because based on the law of averages it can be guaranteed that at some stage in the near future the fervently articulated intention will be ditched. It will be abandoned not as a result of some evolutionary realization that circumstances have changed but precisely because self-preservation demands a complete reversal of declared policies. It is an unfortunate fact of life that these days political survival and clinging to power have replaced good old fashioned manifestos containing solid, well thought out ideas and objectives for improving the lives of citizens.

This is a universal problem in most democracies these days and has become very noticeable here as Israelis endure a second round of electioneering. Disparate parties dissolve, disintegrate and then miraculously reincarnate themselves as hybrid groups. We witness the formation of “technical blocs” whereby several parties in the hope of scraping over the minimum threshold arrange a marriage of convenience but declare quite brazenly that the moment the results have been declared they will divorce each other.

As the prospects of yet another “hung” parliament loom large the Prime Minister who is the leader of Likud has declared that he would never contemplate joining a national unity Government with the largest opposition group. The Blue and White party meanwhile, as erstwhile partners, has intimated that it would never join such a national unity arrangement so long as the current PM remains. It should be noted that this B & W party is itself an uneasy amalgamation of three groups which clustered together because separately they would not have presented much of a challenge.

What happens at the end of the day is anyone’s guess but I can guarantee that all these declared intentions of never joining this or that combination of potential coalition partners will fly out the window as soon as the prospect of power presents itself as the glittering prize at the end of the political rainbow.

Jewish history is full of examples which demonstrate that using the word “never” guarantees for sure that exactly opposite end results will occur.

We have just commemorated the destruction of the Temples which Islamic revisionists now claim never existed. These centres of Jewish religious and political life existed in Judea’s capital well before the advent of Islam, Christianity and the invented Palestinian Arabs who today deny any Jewish identification with the city or the territory. The latest example of historical denial which incidentally is swallowed hook, line and sinker by most of the international community, surfaced again this week. Speaking at a refugee camp where Palestinian Arabs are doomed permanently to remain by their own kith and kin as well as corrupt UNRWA, President for life, Abbas, proclaimed the following: “Whatever homes they announce here or settlements there, they will all disappear, if God wills it. They will be in the dustbins of history and they will remember that this land is for its people, its residents and the Canaanites who were here 5,000 years ago. We are the Canaanites,” he added.

Abbas also said that despite the US recognition of Jerusalem as Israel’s capital, the city belongs to the Palestinians.

“In spite of what they say — it’s the united [capital of Israel], it moves its embassy or does that — Jerusalem is ours,” he said. “All of the Palestinian people and the entire Arab, Muslim and Christian nations, all of them, will enter Jerusalem,” he said.

This sort of drivel can be endlessly recycled and imprinted on the gullible minds of the next generation because thanks to New Zealand’s co-sponsorship of UN Resolution 2334 it has become the accepted gospel. As long as repudiating this toxic lie never becomes a political priority the process of any meaningful and tolerance breaking out is nil.

Once the Jews were exiled from their homeland to lands of dispersion by the Roman illegal occupiers it was confidently assumed that the exiles would never return. Jewish independence, most Roman Emperors and subsequent empires believed, was doomed to never again flourish. Logic would have said that this indeed would be the case. However defying normal laws of history the Jewish People not only refused to disappear and assimilate but they retained an eternal memory and determination to rebuild their historical homeland. The return to Zion and rebuilding Eretz Yisrael shatters the expectation that Jews will never succeed in achieving the seemingly impossible. We have survived all those mighty nations which sought to destroy us and no doubt we will also triumph over the current crop of haters.

Following the horrors of the Shoah it was assumed by most people that anti Jewish hate would finally disappear and that never again such evil might menace Jews anywhere. Unfortunately these utopian expectations were soon dashed and today we face the stark realization that the virus has returned in all its poisonous manifestations. Not only has it returned but it has mutated into a hatred for the resurrected nation State of the Jews. As a recent New Zealand survey has revealed, knowledge about the Shoah has descended to an alarming level of ignorance. Teaching its origins and toxic results to high school students would be a good first step. Unfortunately a refusal to make this subject a compulsory component of the history curriculum demonstrates a worrying level of disinterest on the part of Government authorities.

Back in the 1960’s when we were protesting against the repression of Jewish life in the former Soviet Union and its satellite colonies the campaign to “let my people go” never imagined that a few years down the track the impossible dream would be fulfilled. Communism collapsed and Russian Jews were free to leave the “workers’ paradise” for the Promised Land.

Jewish history is living proof that nothing is impossible. We have never let adversity and blind prejudice defeat us even in darkest moments. This is a lesson which our adversaries would do well to learn.