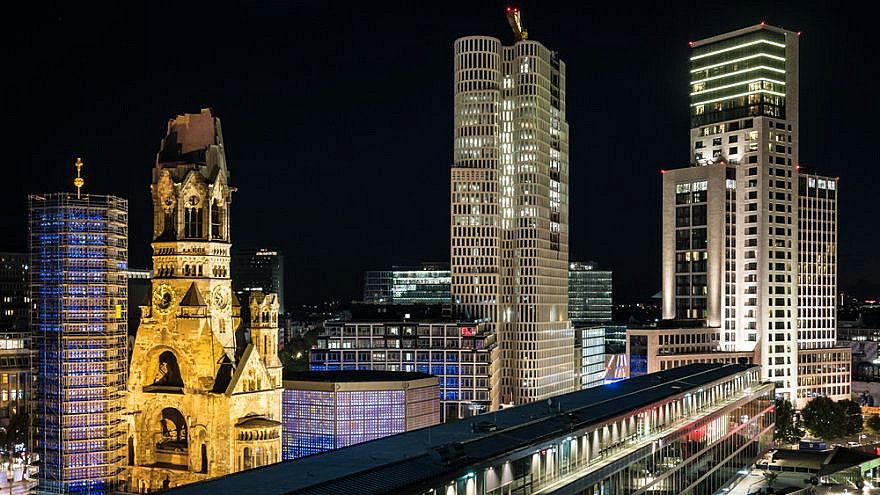 The Berlin Senate Department for Home Affairs and Sport announced the ban merely 30 mins before the rally, called “Rally to the Palestinian Question,” was scheduled to start in front of Berlin’s Brandenburg Gate. The demonstration, expected to attract an estimated 400 people, was not cancelled.

The Palestinian rappers, Shadi Al-Bourini and Qassem Al-Najjar, have sung in support of military action against Tel Aviv and the destruction of Israel. In 2014, they released the song “Strike a Blow at Tel Aviv” during the Israel-Gaza conflict, in which “they fantasize about bombing the Israeli city of Tel Aviv, razing it to the ground and ‘crushing’ Jews.”

Israel’s ambassador to Germany, Jeremy Issacharoff, along with U.S. ambassador in Berlin, Richard Grenell, demanded that Wednesday’s performance be cancelled.

Remko Leemhuis, acting director of the American Jewish Committee office in Berlin, said he is “appalled” that artists who glorify terrorism against Israel and deny Israel’s right to exist would be “offered a stage in the heart of Berlin.”

I appeal to the #Berlin authorities to prevent this disturbing event at the #BrandenburgGate featuring anti Semitic rhetoric and glorification of violence against #Israel. Berlin should unite not divide! Rapper singen über die Vernichtung von Juden https://t.co/P4uB91K2mV

“It is unacceptable that from this historical place, the murder of Jews is called for and the worst anti-Semitic stereotypes are spread,” he said. “The permission for such a hate event cannot be reconciled with the raison d’être and the commitment to the security of Israel. Likewise, the appearance of the anti-Semitic rappers sends a fatal signal to Berlin Jews and jeopardizes their security.”