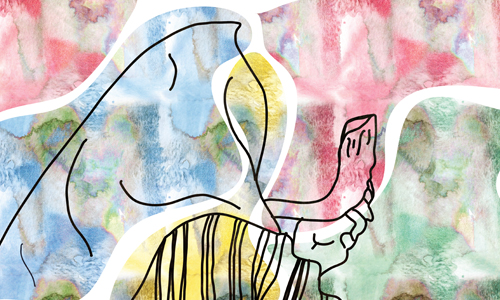 Change is in the air, from politics to the weather and of course as we transition from the outgoing year to the uncertainties of a new year.

Living in Israel where the Jewish calendar is so much an integral part of our lives one cannot ignore the signs as the month of Tishri rapidly approaches. Whether it is the sound of Selichot, the Penitential prayers & shofar blasts issuing forth from synagogues and shtibels, the shortening days and end of summer or the special offers in supermarkets of honey and apple the unmistakable feeling is evident of the approach of the High Holyday season. Unlike most other foreign traditions, the Jewish New Year period is one of contemplation, introspection and hope for a healthy and peaceful future. Devoid of riotous booze laden parties it is rather a time for families to bond and rededicate themselves to the things which make us better people.

Inevitably this is a time to reflect on where we went wrong in the past year and try to discern what is likely to happen in the coming twelve months. In that spirit, I offer my own observations as to where we are heading as a nation and worldwide community.

Apart from good health, the sentiment most often expressed at this time of the year is one for peace. Surveying the current chaos internationally it is hard to summon up much optimism that the immediate future will deliver on this fervent hope. In fact as far as Israel is concerned the mirage of peace remains a constant feature of our landscape. While we pray for it three times a day and eagerly look forward to an age when tolerance and harmony will prevail the stark and brutal reality remains that this coming year will not see the fulfilment of our dreams. The evil machinations of those who actively seek our demise continue unchecked while the sponsors of terror brazenly advance their agenda confident in the knowledge that they will bear no adverse consequences.

The willingness to look the other way and sweep inconvenient facts under the Persian carpet will again be a feature of international double standards. Those who still hallucinate that the revisionist writers of history, fake impersonators of the long-extinct Canaanites and promoters of perpetual refugee status will now teach their children in Hamas controlled UNRWA schools to be tolerant specimens of humanity are living in a state of abject denial. Courtesy ofPMW read what passes for “peace” these days: Abbas to German leaders:
We “act to spread the culture of peace and battle terror in our region and the world”

Abbas to Palestinians about terrorists:
“We view the Martyrs and prisoners as stars in the sky of the Palestinian people”

It follows therefore that when Israel takes steps to defend itself the UN and its associated bodies will continue to condemn us and many so-called “friends” will utter weasel words disassociating themselves from us.

This past year has witnessed the toxic virus of Jew and Israel-hatred spread internationally. Whether in the political arena, academic institutions of learning or vast swathes of the population this longest surviving malady is now thriving. Even countries hitherto sheltered from this disease are now not immune. The Labour Party in the UK has now become fatally infected and if their recent conference resolutions are anything to go by anti-Israel policies are set to kick in once they gain power. What else will motivate UK Jews to see the writing on the wall? Meanwhile in the USA, the poisonous effects of hate against Israel & Jews have infiltrated sections of the Democratic Party and violence from the extreme right and left is on the rise. Europe is irredeemably infected and aliyah from Russia & Ukraine is on the rise. Closing eyes and ears to the rising tide of eventual disaster is no longer an option which should be entertained.

The end of the Netanyahu era could be on the horizon once indictments kick in.  As long as this uncertainty persists and an orderly transition to a post-Bibi reign is delayed the harder it will be to tackle the many challenges we face. A true leader should emulate the example of Moshe who when informed that his time was up, accepted the decree and worked to ensure an orderly transfer of leadership to the next generation.

We have triumphed over seemingly insurmountable obstacles in the past and given most Israelis’ determination to succeed I have no doubt that the coming year will witness yet more amazing achievements in almost every field of endeavour. The vast amount of talent, energy and brains being applied in science, medicine and technological innovation will propel this country once again into the forefront of international success. This will no doubt make BDS supporters more bitter and resentful because every advance that the Jewish State makes to improve the lives of others is a blow to the lies and slanders propagated by those who wish to destroy the national home of the Jewish People.

There is nothing more pathetic than the spectacle of self-flagellating Jews whether here in Israel or in Diaspora communities being used as useful fools by political parties and EU funded NGO’s to demonize Israel. Educating Holocaust and Israel deniers as well as those detached from their heritage is one way of trying to tackle this age-old phenomenon.

However, there is another and perhaps a far more effective alternative.

It is to ensure that Israel grows stronger, more secure and assertive in all its undertakings. It means increased non-coercive emphasis on our traditions, Faith and way of life. It calls for a further increase in Aliyah from all parts of the Diaspora so that even more talent can be harnessed to the goal of making sure that we are no longer the sacrificial lambs of the international community.

May the coming year be one in which we are blessed with health and positive achievements. At the same time let us work towards a strengthening of Jewish identification as well as actively defending our communities and Israel. Now is the ideal time to make this commitment – next year could well be too late.