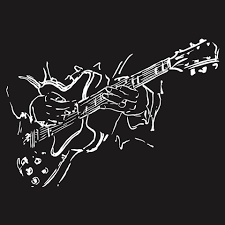 Unfortunately given the sad realities of Jewish history over the last two thousand years, in particular, the numbers of tragic anniversaries somehow seem to vastly outnumber the joyous ones. Nevertheless and despite seemingly endless efforts to persecute us the triumphs of our survival are turned into celebrations incorporating religious and national symbolism. That is why although we devote twenty-four hours to mourning the destruction of the Temples, the loss of national sovereignty and exile to inhospitable lands nevertheless the overriding theme at the end of the day is one of optimism and eager expectation of a restoration to our homeland. The horrendous events of the Holocaust followed by the enormous sacrifices of Israelis, many of them Holocaust survivors, as they fought and died to protect their newly re-established independence are classic examples of tragic anniversaries preceding joyous ones.

One has only to witness the uninhibited celebrations on Yom Ha’Atzmaut after the mourning of Yom Hazikaron to realize the secret which has made our survival so miraculous.

Personal anniversaries can be no less dramatic whether they are births or weddings and unfortunately more sombre life experiences. Annual yahrzeits when we remember deceased family members are imbedded in our religious tradition and ensure that memories are not erased over time.

Why am I dwelling on this particular subject at this point in time?

Apart from the Balfour Declaration and Kristallnacht which have been mentioned in a previous opinion piece two other historical events recently hit the headlines here.

Normally anniversaries of this sort and duration whether personal or national would be a cause for wild celebrations, celebratory reunions and congratulatory messages by all parties concerned. That is how things are in normal societies where the absence of conflict is something to be ecstatic about. When the peace treaties were signed, euphoric almost messianic expressions of joy and hope were the order of the day. Hallucinatory visions engulfed all those mesmerized by the tantalizing thoughts of an end to decades of conflict, terror and hateful incitement. Scenes of Sadat and Begin embracing each other on the White House lawn followed years later by Rabin and King Hussein doing the same inspired soaring hope that finally, an endless conflict was about to conclude.

So what actually has transpired since then and what conclusions should level headed realists draw?

Without a doubt, there certainly has been peace in the sense that neither country has resorted to armed conflict. Diplomatic relations have been maintained albeit sometimes on an “on and off” basis. Israel has reached agreements to supply Jordan and Egypt with natural gas and in the case of the former with precious water. Security co-operation against terrorists and other destabilizing influences exist. Israeli tourists continue to visit Sinai and Petra but the traffic is noticeably only one way.

That basically is the situation today. While relationships at the official level seem “normal” below the surface it is distinctly freezing. In fact, at times it is frigid but if one looks closer at what is being said and at actual developments usually unreported but impossible to hide are a whole lot of disturbing warning signals.

The sad and irrefutable reality is that apart from a few at the top and the small number involved with the tourist industry any notion of tolerance for a national home for the Jewish People and their legitimate right to be here is complete anathema. After 40 and 25 years neither the Egyptian nor Jordanian public respectively have accepted Israel as a partner. There is a good reason for this. During this period of time, the vast majority of the citizens have been poisoned by hate and incitement spread by their media, religious leaders, politicians and opponents of any sort of normalization with the Jewish State. The maintenance of peace rests entirely in the hands of the rulers of Jordan and Egypt. They know only too well that their own security is at risk if the cold peace is ditched.

As the public in both countries has been fed packs of historical lies about Jews, Judaism and Israel it is not surprising that most youngsters today in those countries are immune to any sort of vision for a tolerant and peaceful future. In the case of Jordan whose monarch sits on a precarious throne the old trick of blaming external forces for every misfortune is an almost daily exercise. Thus condemning Israel for “Judaizing” Jerusalem and plotting to destroy Islamic sites is a regular part of the diet fed to the gullible masses. Professionals in various fields are discouraged from co-operating with their Israeli colleagues. Schools are breeding grounds for the incubation and spreading of the vilest libels. Likewise, Egyptians are discouraged from showing any untoward enthusiasm for normalization.

Examples abound and here are two of the latest:

“We have an existential enemy called Israel and despite the warm or cold relations with it in recent years, it remains a strategic enemy whose presence is the cause of the majority of calamities and disasters we are suffering from. Sooner or later smaller side conflicts will be settled and we will quickly discover that the real enemy is Israel. We should therefore be prepared for this day.”

Given the reality that the media is tightly controlled the fact that this can be published is indicative of the sort of tolerated poison bubbling below the surface.

Meanwhile, the situation in Jordan is no better. Between a Parliament whose members routinely demand that the peace treaty be cancelled and the Palestinian Arabs domiciled in Jordan agitating for Israel’s demise the Hashemite monarch knows that he needs to try and satisfy all sides. Having inculcated his subjects with all sorts of Israeli conspiracy plots and yet totally dependent on Israel for his survival he finds himself between the devil and deep blue sea.

A most revealing interview with Jordan’s former Foreign Minister as recorded by MEMRI exposes the extent of the “peace” deception.

Given all these realities is it any wonder that the anniversaries of the “peace” treaties with Egypt and Jordan were officially ignored this year by both these countries? Only in Israel were these events commemorated and celebrated.

While Israeli officials were publicly toasting peace and goodwill their Jordanian and Egyptian counterparts were doing their best to ignore the occasion. Is this a recipe for a future of hope or should it instead be a warning signal that a serious malaise is developing?

We have been suckered before when our leaders blindly believed that Arafat and his gangsters were serious about peace. It would be tragic if we once again ignored inconvenient and politically incorrect facts.   \