A bright red boat with a blue top sets sail from the shores of the northern Dead Sea. It will journey into unknown parts of this mysterious body of water not accessible to most tourists, Israelis, or even scientists.

The small group on board is jittery with excitement over what unworldly sights await them in the form of salt formations, undiscovered salt beaches and multicolored crude salt displays.

Little do they know they are about to witness the demise of the very body of water they traveled across the world to encounter –the one whose fame stems from being the lowest continental point on Earth (423 meters below sea level), and being so buoyant from mineral salts that you can’t help but float on its surface.

Noam Bedein, director of the Dead Sea Revival Project, sees the great beauty in the unexplored caverns and salt formations that he shows tourists.

However, he also well understands its grave danger of extinction.

Using his own time-lapse photography, he points out diminishing water levels. Sometimes, obvious changes happen over the course of just one or two weeks. Some experts fear the Dead Sea will almost completely evaporate by the year 2050.

“So, you have this environmental drama but at the same time we do have this pure magic that you are experiencing in this place, and it’s never the same place when you return to it.”

Bedein’s “Dead Sea Story” website includes his photographs of salt formations covered with water, then later peeking out to sparkle under the hot Israeli sun.

These four time-lapse photos show the dramatic changes Bedein has documented with his camera. 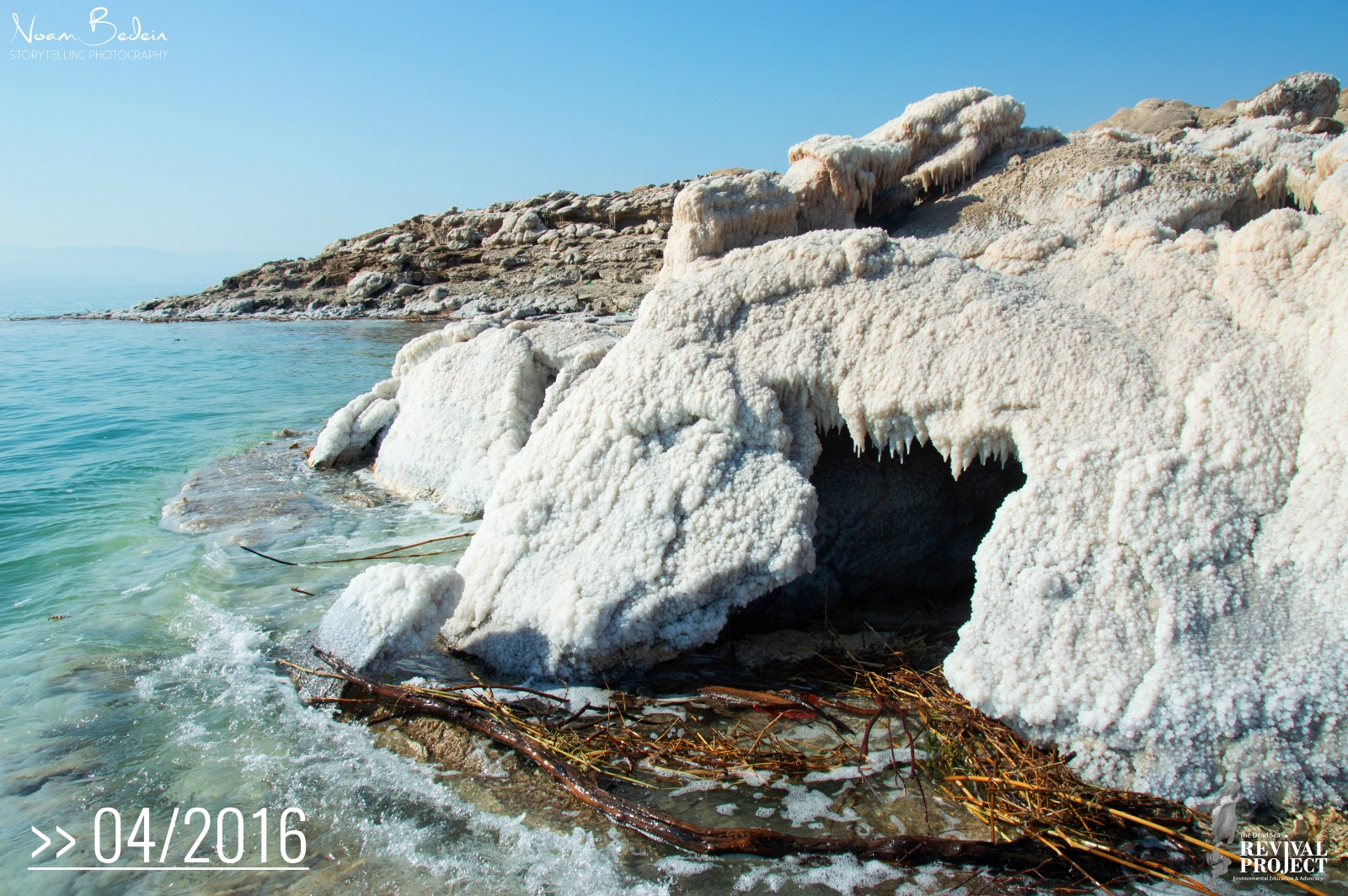 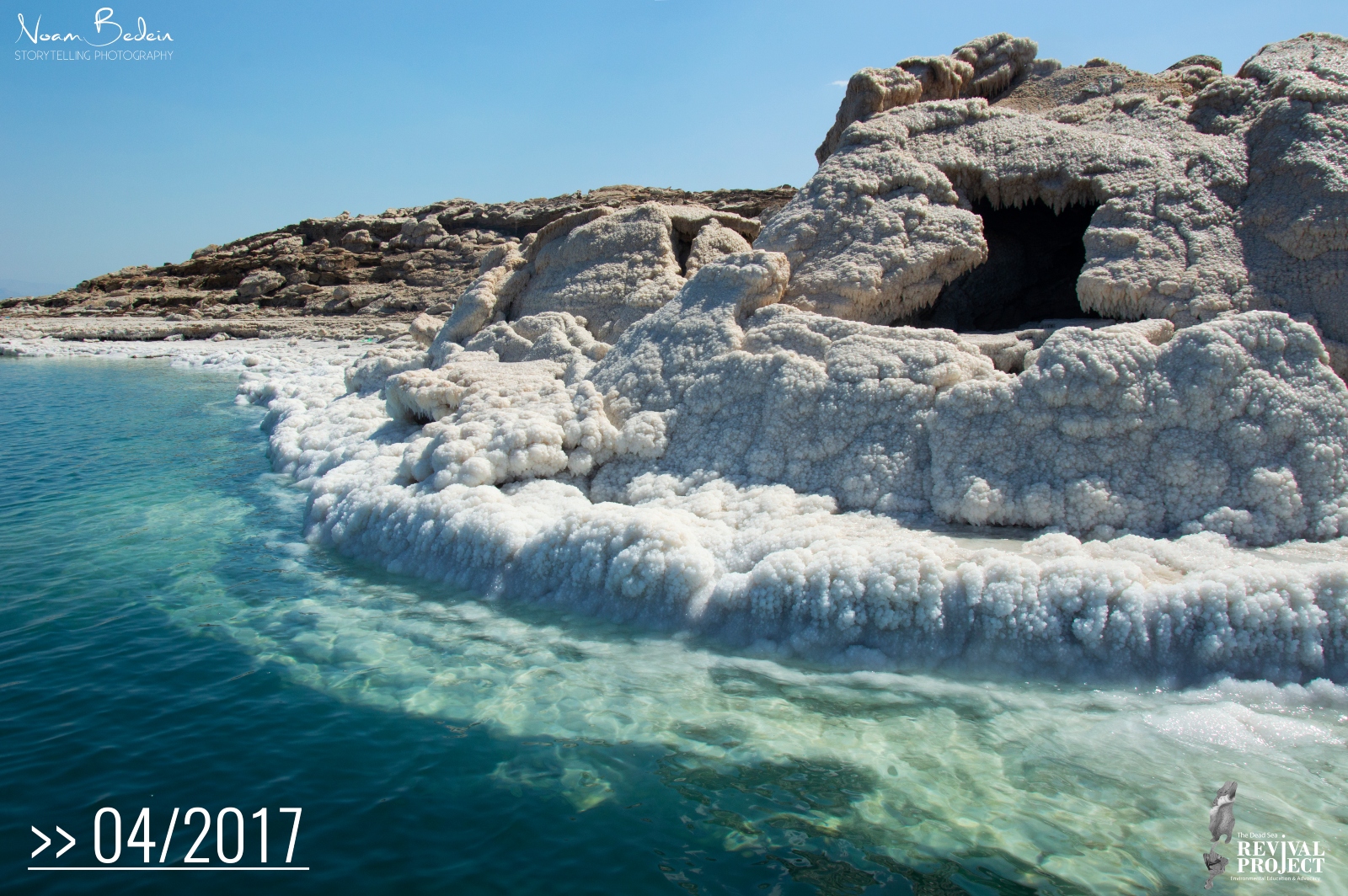 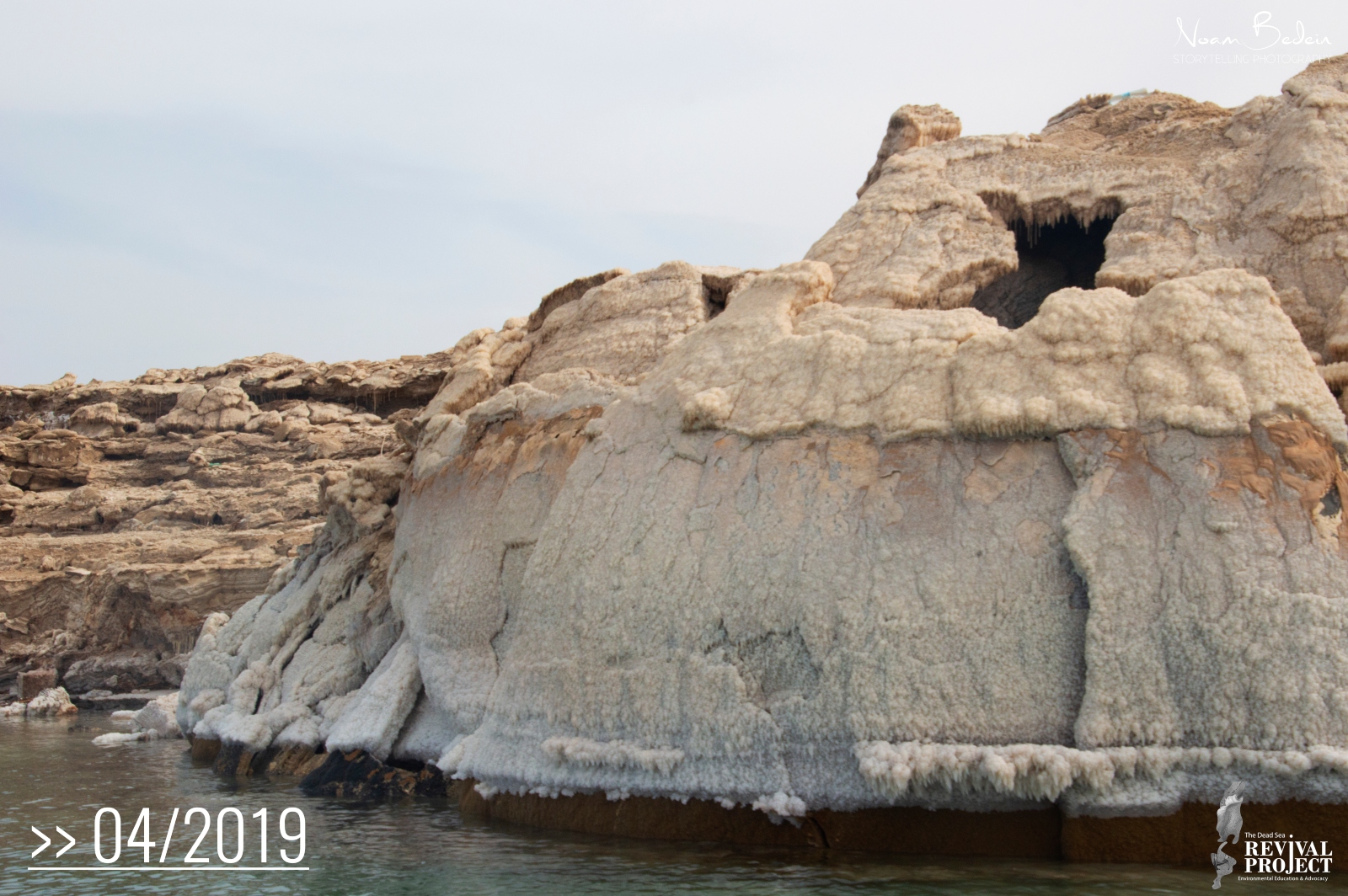 Bedein has been documenting these changes since 2016 and travels the world presenting his findings to raise awareness for this beautifully weird body of water.

Bedein also shares his findings with Israeli scientists at Haifa’s Leon N. Charney School of Marine Sciences and with the Dead Sea Research Institute. He exposed Dead Sea content through interactive virtual reality and 360-degree photography to delegations of marine scientists from abroad.

This year he collaborated with NASA, which took an interest in the evidence of life in the Dead Sea as related to its research concerning possible past life on Mars in similar environments.

NASA invited Bedein to help study bodies of water including California’s Salton Sea and Utah’s Great Salt Lake, from which Bedein will take samples of water.

The Dead Sea is dying. I’m not a doctor, I can’t save it, but I can help preserve it through art.

An artist at heart, Bedein plans on “reaching out through the cultural and artistic world” together with Tel Aviv Museum of Art board member and Tel Aviv Arts Council director Ari Fruchter.

Fruchter brought photographer Spencer Tunick to Israel in 2011 to do a large photo installation featuring 1,200 Israelis baring it all in the intriguing sea.

Bedein calls Tunick’s project “the biggest thing ever done for the Dead Sea in terms of awareness.”

For the 50th annual Earth Day, Bedein and Fruchter will launch an international Dead Sea photo competition on April 22.

They also intend to make better use of the Dead Sea as a meaningful tourist experience through an information center and contemporary environmental art.

“We have big future plans for building a virtual art gallery, and then the very first physical contemporary art museum at the Dead Sea,” they tell ISRAEL21c.

They are working toward this goal in cooperation with the Dead Sea area municipalities and with Israeli artist Sigalit Landau, famous for her art installations of household items and clothing encrusted with salt crystals after soaking for extended periods in the salty sea. 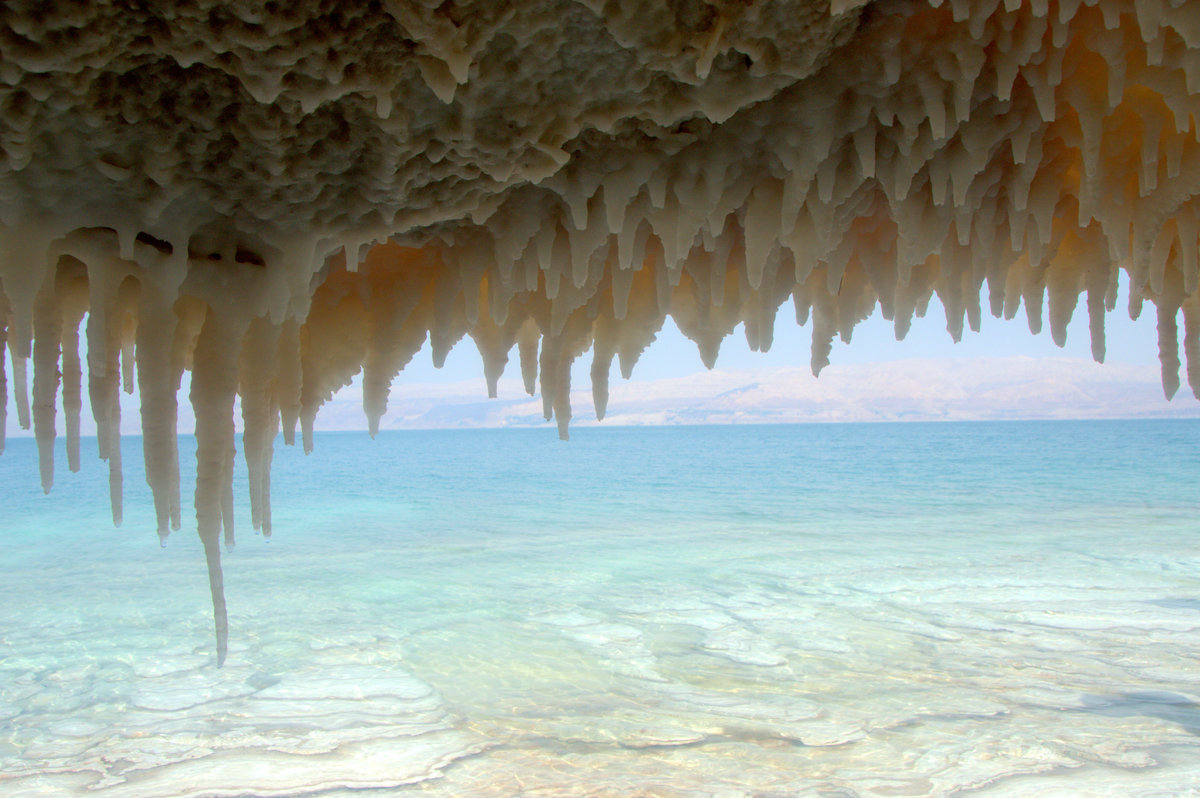 Photo of the Dead Sea by Noam Bedein

“I’ve been a Dead Sea ‘evangelist’ since back in 2010,” Fruchter tells ISRAEL21c, “working very hard on the ground to try to find solutions to the environmental issues that we’re facing at the Dead Sea. My approach is now through art.

“My quote is: ‘The Dead Sea is dying. I’m not a doctor, I can’t save it, but I can help preserve it through art.’

“We’re hoping to be a reliable source for real factual information about the Dead Sea,” he adds. Currently, most available information is for tourists or purchasers of cosmetics that contain the sea’s minerals.

“Being optimistic, there’s a lot of life coming out of the Dead Sea as well, which is amazing to be sharing with people,” Bedein notes, referring to the microorganisms that exist in the freshwater streams that run beneath the sea, and the fish that flourish in the sea’s sinkholes.

A picture of one of those fish-filled sinkholes got Bedein much attention online from those who swore it was a sign of an impending apocalypse.

Adds Bedein: “As much as people can get inspired about the story and get to understanding this one-of-a-kind place we have here, the better.”