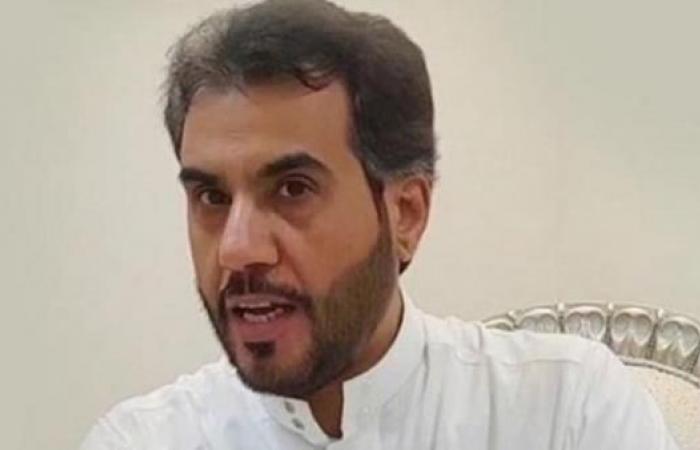 Aden – Yasmine El Tohamy – Abdul Hameed Al-Ghabin confirmed on Twitter that Saudi authorities had deprived him of his citizenship saying he did not know the reason behind the move.

In August, he wrote a column for the right-wing Israeli newspaper Israel Hayom where he attacked Jordan as an “anti-peace force” and said that Saudi Arabia viewed Israel “as a logical future partner for us”.

He also concluded that Saudi Arabia and Israel “have mutual enemies: Iran, the Muslim Brotherhood, al-Qaeda, and a handful of reckless rulers who remain in power in our region”.

Another controversial statement by Al-Ghabin was that Palestinians should consider Jordan as their future homeland, saying that the kingdom is “essentially already the Palestinian state… 78 percent of historical Palestine”.

Al-Ghabin’s descriptions of Jordan echoed right-wing Israeli rhetoric from the 1980s which said that “Jordan is Palestine”, rejecting withdrawal from the occupied West Bank and Gaza on this basis.

Jordan was briefly included in the British Mandate of Palestine in 1920 but was removed a year later, becoming a separate British-protected emirate and later became an independent kingdom.

In a tweet in November, Al-Ghabin lavished praise on Israeli Prime Minister Benjamin Netanyahu, who has been a constant opponent of Palestinian self-determination. Netanyahu plans to annex one-third of the West Bank if he wins a new term as prime minister.

“Netanyahu, may God keep you and protect you. You were faithful and honest to the state and people of Israel, you were decisive and brave. Israeli society needs a long time to produce someone like you. You deserve to be honoured among great people because you’ve made Israel a country welcome in the Arab region,” Ghabin tweeted.

Saudi Arabia and the UAE have increasingly been normalising ties with Israel, despite Israel’s continued occupation of the West Bank, siege of Gaza, and persecution of Palestinians. Netanyahu is currently facing corruption charg in Israel.

Five days prior to the removal of his citizenship, the Israeli foreign ministry retweeted a rambling video made by Al-Ghabin in which he spoke of the alleged benefits of normalizing relations with Israel, mentioning Israel’s agricultural technology.

Al-Ghabin said on Twitter that he “respected” the decision of the Saudi government to withdraw his citizenship. In a later tweet on Tuesday he praised Saudi strongman Prince Mohammed bin Salman as “the hope and the light who resists all evils” and attacked the Muslim Brotherhood, calling them “rats” who had “infiltrated” the Saudi kingdom.

These were the details of the news Saudi Arabia withdraws citizenship of pro-Israel journalist for this day. We hope that we have succeeded by giving you the full details and information. To follow all our news, you can subscribe to the alerts system or to one of our different systems to provide you with all that is new.

It is also worth noting that the original news has been published and is available at The New Arab and the editorial team at AlKhaleej Today has confirmed it and it has been modified, and it may have been completely transferred or quoted from it and you can read and follow this news from its main source.