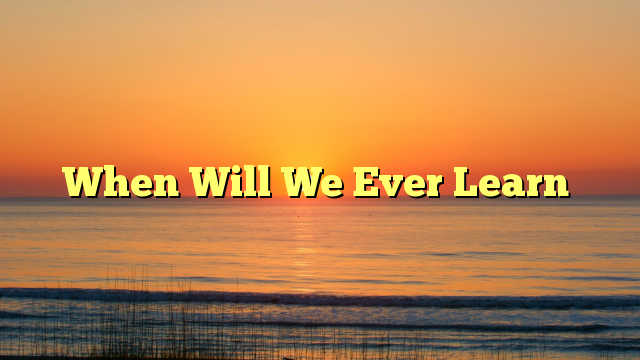 The long-overdue dispatch to “martyrs paradise” of one of the world’s leading plotters and purveyors of terror has unleashed a not unexpected avalanche of hypocritical hysteria.

Instead of widespread commendation that a man responsible for the death of thousands and the commander of a force dedicated to the murder of millions more has been eliminated, we witness an outpouring of condemnation against President Trump and the US Administration. For the sane majority here in Israel this knee jerk reaction is not surprising because every time that this country has done the same against Iranian sponsored and funded local terror groups the international community has convulsed.

The fact that terror gangs aided by terror-sponsoring regimes have as their declared agenda the murder of entire ethnic and religious groups seems to be of total irrelevance as far as the protesters are concerned. Christians continue to be massacred and persecuted in Moslem majority countries and this ongoing carnage elicits nary a peep from either the media or international organizations. The World Council of Churches remains shamefully silent but has no hesitation in pointing an accusing finger at Israel for all sorts of imaginary crimes. They endorse BDS motions but are strangely mute when it comes to the persecution of Baha’is in Iran and intimidation of the few remaining Christians in Bethlehem and Gaza.

We have long given up on the UN or its associated bodies showing any sort of moral honesty. It is an unfortunate fact that the majority membership of these outfits now consists of non-democratic regimes, human rights abusers and passive or active supporters of assorted terror groups.

The spectacle of vast crowds demonstrating against taking a firm stand in the fight to eliminate threats to life is nothing new. The right to protest at Government actions and decisions is a fundamental guarantee in any democratic country. In dictatorships and places where “rent a crowd” gatherings are the order of the day and where Government organized demonstrations are a regular occurrence the sight of masses marching with banners and shouting inflammatory invective is to be expected. Chants of death to the USA and Israel is a common feature of all such shows put on by Arab/Moslem and Iranian regimes. Brainwashed young and old alike scream slogans calling for murder, mayhem, terror and revenge. If you have ever seen pictures or newsreels of pre-war German and Austrian Nazi rallies with men, women and youth fanatically showing their allegiance to the aims of the regime you will realize that this is all nothing new.

However, what can we make of the same civilians in democratic societies today who likewise take to the streets with inflammatory banners of all sorts and who scream the same sort of invective? Where have they garnered their facts from and what is it exactly that they hope to achieve?

The source of their knowledge or ignorance must be the media which is guilty in the main of presenting one-sided and politically loaded news to the public. Social media, in particular, is responsible for the instant and widespread dissemination of false facts, fake news and conspiracy theories. A combination of all these results in a population saturated with fear, panic and a propensity to blame old and new scapegoats. In the face of this powerful and potent force how many political leaders are ready, willing and able to stand up and proclaim the unvarnished and often unpalatable truth? It’s far easier to appease the mobs and avoid taking any action which will attract negative publicity.

Anti-war demonstrations have always attracted large crowds. Most people are naturally against war but the trouble is that this particular cause has been hijacked by a myriad of protesters peddling other aims. The hot favourite targets of the left and its assorted fellow travellers are “warmongering” ogre America and naturally its “colonial” co-conspirator, Israel. Therefore, when either country dares to actually act and take down those who threaten and perpetrate mass murder, the “anti-war” groups erupt in fury. Never mind that Iranian leaders threaten the lives of Americans and declare that Tel Aviv and Haifa will be reduced to nuclear dust. Those ambitions are obviously “peaceful” and expressions of comradely love in the minds of the multitudes who take to the streets. It is this major blind spot and selective inability to surmount ingrained prejudices which drives today’s anti-war demonstrations.

In actual fact, this syndrome is nothing new because between 1933 and 1939 when the opportunity to decapitate Nazi leadership presented itself mass anti-war demonstrations fuelled appeasement policies. In the UK and the USA as well as other countries the failure to stand up to mob intimidation and reluctance to act instead of preventing a major war actually enabled it. The eerie similarity with current events is amazing. European leaders are running for cover and instead of applauding determined moves to eliminate the prime plotters of terror they prefer to appease. The defeated leader of the UK Labour Party and his acolytes hurl accusations of warmongering against Trump while the Corbynistas of the US Democratic Party are in a frenzy of appeasement which would make Neville Chamberlain’s efforts pale into insignificance.

Talking of Chamberlain there is no better summation of yesteryear’s situation and today’s reality than Winston Churchill’s speech to the House of Commons in 1938 as it debated the Munich Agreement.

Here is an extract which epitomizes perfectly how far too many have learnt absolutely nothing from past refusal to act in the face of terror.

“what have we done and what have we left undone in the last five years (1933 to 1938) – five years of futile good intentions, five years of eager search for the line of least resistance, five years of uninterrupted retreat, five years of neglect of our air defences. When I think of the fair hopes of a long peace which still lay before Europe at the beginning of 1933 when Herr Hitler first obtained power and of all the opportunities of arresting the growth of Nazi power which have been thrown away, when I think of the immense combinations and resources which have been neglected or squandered, I cannot believe that a parallel exists in the whole course of history.

Do not suppose that this is the end. This is only the beginning of the reckoning. This is only the first sip, the first foretaste of a bitter cup which will be proffered to us year by year unless by a supreme recovery of moral health and martial vigour, we arise again and take our stand for freedom as in the olden time.”

Substitute Iran for Germany and you have encapsulated exactly the situation we face today.

Will we learn the lessons of history this time?