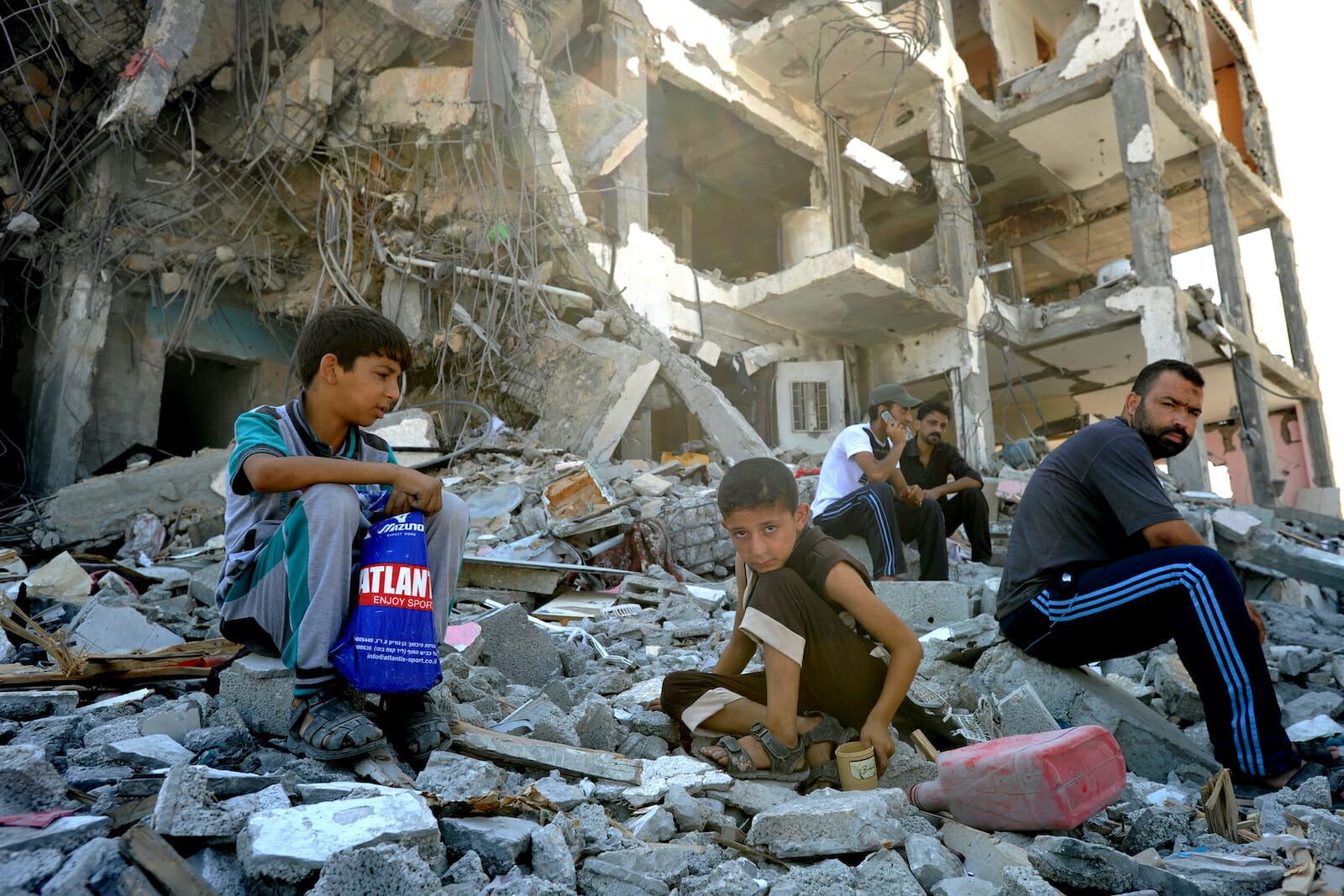 The Trump administration was more than justified in ending U.S. support for the UN Relief Works Agency for Palestine Refugees (UNRWA) last year. American taxpayers had been shelling out $360 million a year (by far more than any other donor) to fund this extremely flawed and counter-productive organization. It has been pointed out, correctly, that UNRWA, incredibly, the largest UN agency by budget, is seriously infested by corruption, links to Hamas terrorists, and a hate-promoting educational agenda.

But there is a more fundamental and utilitarian reason that it deserves to be shut down. The very maintenance of UNRWA is meant to undermine the existence of Israel, and constitutes the most serious obstacle to any hope for an Arab-Israeli peace agreement. Unlike refugees from any other conflict in the world, Palestinian refugees from the 1948 war and their descendants have in UNRWA, their own private agency and are not settled and relocated, but, by design, are kept in “temporary” refugee camps. Though they live in communities of people of the same ethnicity, the same religion, and the same language, they are kept deliberately segregated.

In these camps, children are taught that they have been dispossessed and that they will one day “return” to their homes in what is now Israel. This imagined “right of return” has no basis in international law and does not exist for any other refugees in the entire world. If implemented, this scheme would overwhelm the state of Israel, ending its character as a majority-Jewish state, and effectively ending the very existence of Israel.

Needless to say, no government of Israel would ever agree to such a suicidal proposition, but the UN, through the operation of UNRWA, and through annual budgetary authorizations for two institutions which endorse the “right of return,” undermines the prospects of peace by encouraging this most extreme of Palestinian demands. These two UN bodies, the Committee on the Exercise of the Inalienable Rights of the Palestinian People (CEIRPP) and the Division on Palestinian Rights (DPR) in the UN Secretariat, presume to promote the “inalienable rights” of the Palestinians. Explicitly spelled out as one of these supposed rights, is the “right of return.”

Needless to say, no other country or people enjoy the dubious “honor” of having such offices currently dedicated to undermining their very existence within the UN system. The DPR is especially anomalous. Housed within the Department of Political and Peacebuilding Affairs, it shares billing with such offices such as “Africa,” “Middle East,” “Europe,” and “Electoral Assistance.” Only one other country in the history of the United Nations was singled out for similar treatment: apartheid South Africa. This is precisely the point: Israel’s enemies believe that Israel is a unique pariah, and that, just as South Africa was forced by sanctions and international pressure to submit to its opponent’s demands, so too will Israel.

Every year, these biased UN offices must be reauthorized and funded. Every year the necessary resolutions accomplishing this pass by large majorities. Many countries vote to approve these bodies by rote, without realizing that they are essentially voting to put an end to the State of Israel. There is, however, some good news on this front. Just last month, twelve European countries, led by Germany, voted against the Division on Palestinian Rights for the first time. There appears to be, at long last, a growing recognition that singling out Israel in this manner is not constructive for peace.

The more important point is that European countries especially have failed to face the problem that the official Palestinian position—for the Palestinian Authority led by Fatah, no less than for Hamas—is to claim a “right of return” for over five million Palestinians to Israel proper. If Europe, as well as much of the international community, continue to ignore this extremist position, any prospect of a settlement will be undermined. Why should Palestinians give up this maximalist claim when the UN encourages them to hold onto it? As long as the Palestinians cling to this nefarious pipe dream, and are encouraged to do so, they have no incentive to negotiate in good faith. A fair and hoped-for peace agreement—and a two-state solution—is thus made impossible by destructive and misguided UN meddling. The “Clinton Parameters,” issued by the United States after the failure of the “Camp David II” talks between Yasser Arafat and Ehud Barak in 2000, recognized the centrality of this issue and explicitly stated that Palestinians would be allowed to return to a Palestinian state, but not to Israel itself without the latter’s consent.

All people of goodwill would be happy to see Israel and a Palestinian state living side by side, at peace, and in mutual security. Certainly, the United States has used its good offices and diplomatic resources repeatedly to try to achieve such an outcome. It is now unclear when, if at all, the Trump administration will be able to introduce its own long-awaited Mid East peace initiative. By the time Israel holds its third round of the until-now inconclusive national elections, the U.S. presidential campaign will be in full swing, making any bold initiative unlikely. But one thing is certain, when this president or any future president returns to the task of Arab-Israeli peacemaking: without making it clear to the Palestinians that the “right of return” is a non-starter, and that the international community does not support it, any attempt at forging a lasting agreement will be futile.