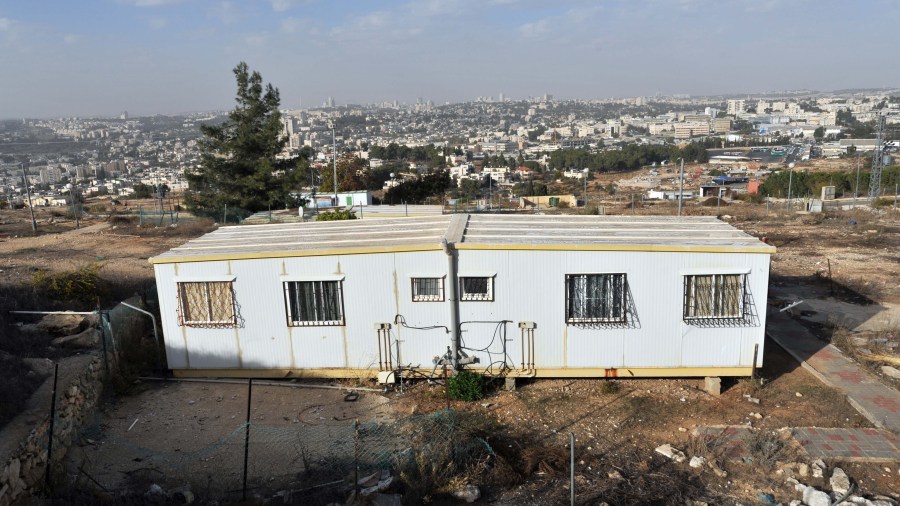 There are two strategic building plans for Jerusalem. Givat Hamatos, which is only 300 meters from the Green Line, will prevent the possibility of a wedge dividing Jerusalem from the south.

E-1, between Maaleh Adumim and Jerusalem and as part of Greater Jerusalem, will strengthen the Israeli-planned east-west contiguity to the Dead Sea and perhaps stymie north-south Palestinian territorial contiguity.

Just days before Israel’s latest elections, Prime Minister Benjamin Netanyahu decided to end the construction freeze on two neighborhoods of strategic importance to Jerusalem, where construction was frozen for many years. The first is in Givat Hamatos, where tenders for the construction of 1,077 housing units were issued on February 24, 2020, by the Israel Land Authority. Construction in Givat Hamatos has been frozen for seven years. The second neighborhood is the “E-1” neighborhood, between Maaleh Adumim and Jerusalem, where Prime Minister Netanyahu announced that a plan to build 3,500 housing units would be issued for public review. E-1 construction has been frozen for 15 years. These are two brand new neighborhoods. In Givat Hamatos, a trailer site had been built for new immigrants from Ethiopia. Infrastructure has already been established in E-1: roads, sewage system, water, electricity, and a police station.

Construction Freeze during the Obama Era

The plan for the construction in southern Jerusalem of the Jewish residential neighborhood in Givat Hamatos was approved by the District Planning and Building Committee of the Jerusalem Area as already in 2014 but has since been frozen. Pressured by the United States, Germany, and other countries in the EU, the publication of tenders for construction has been delayed time and time again. This is a strategically significant construction program, which lies along the Green Line (but outside it), 300 meters from the Talpiot industrial area and adjacent to Hebron Road, a major traffic artery in what the world calls: “West Jerusalem.”

From the Israeli point of view, the construction of Givat Hamatos is one of the keys to preventing the division of Jerusalem from the south, which will prevent a Palestinian wedge that will block the long-planned Israeli contiguity between the Gilo and Har Homa neighborhoods on the southern border of Jerusalem. [See map 1.] In October 2017, a drilling operation for sampling the land began on the site, with the intention of starting and implementing the construction plans, but under pressure from the United States (during the Obama administration) and Germany, the move was frozen again.

At the Annapolis Conference (2007), the Palestinians proposed an exchange of land with Israel, which included the continued existence of all major Jewish neighborhoods in east Jerusalem, including the Jewish Quarter, except for Har Homa and Givat Hamatos, which they demanded Israel evacuate.

Givat Hamatos is one of the last land reserves (apart from Atarot) available for construction for Jews under Jerusalem jurisdiction. Some 2,610 housing units are planned for the Jewish population.

Nearby, at Beit Safafa, increased density of built-up areas on private land was approved for the Arab neighborhood, (600-900 housing units), mainly by increasing the percentage of construction on the site instead of crowding in more buildings. This area, too – according to Prime Minister Netanyahu’s announcement – is now permitted for construction.

It covers an area of ​​about 12,000 dunams, mostly state land, north and west of the Jerusalem-Maaleh Adumim road. The planners, based in the planning offices of the Israeli Ministry of Housing, sought to connect Maaleh Adumim – a city that was established east of Jerusalem some 45 years ago, which now has about 48,000 residents – with the Mount Scopus neighborhood under Jerusalem jurisdiction. All Israeli governments, from the time of Yitzhak Rabin to today, have supported the plan, with the understanding that Israeli urban contiguity between Maaleh Adumim and Jerusalem must be sought. This concept is part of the view of Jerusalem and its surrounding Jewish communities as one metropolitan area, known as “Greater Jerusalem.” The center of the E-1 plan is the construction of 3,500 housing units, a commercial area, and a hotel area.

For years, the plan has been severely disputed by the Palestinians’ position, which seeks to prevent what they call “dismemberment of the West Bank and the prevention of Palestinian and urban sovereign contiguity between northern and southern West Bank.” During the Obama administration, the United States sided with the Palestinian position and prevented Israel from building on the site, as long as a final settlement was not formulated.

The Israeli interest is to establish E-1, while the international community, and in particular, the EU, all seek to block it. They seek free north-south passage for the Palestinians. Israel seeks to create contiguity between the west (Jerusalem) and the east (Maaleh Adumim on the way to the Dead Sea) as part of a Jewish security belt around Jerusalem. Israel is very concerned about Palestinian attempts to impose a separation between Maaleh Adumim and Jerusalem. The concern also extends to a Palestinian construction belt surrounding Jerusalem from the east from which they could launch attacks against Jerusalem; this would return Jerusalem to a state of a “city on the border” (as it was on the eve of the Six-Day War) in a way that would block the possibility of the city’s development eastward. This would create a threat to the Jerusalem-Jericho Road, where Palestinian construction is already encroaching. This road is a major artery of paramount strategic security importance for Israel to transport troops east to the Jordan Valley and then north in the event of war.

In Israel, there has been an almost total consensus for years about the need to connect Maaleh Adumim to Jerusalem through the construction of E-1 and, in the future, to apply Israeli sovereignty to this area as part of Israel’s permanent borders. Six prime ministers, from Rabin to Olmert, have publicly pledged to build E-1, but with the exception of the construction of the District Police Station in this area, the building has not begun, due to U.S. resistance.

The years that have passed since the initial stages of the program were approved (23 years ago) have resulted in its collapse. Migrant Bedouin tribes and illegal Palestinian construction have reduced the area available for construction. This phenomenon also narrowed the corridor towards Jerusalem, where the main arterial road passes between Jerusalem and Maaleh Adumim and the Jordan Valley. The corridor, originally about two kilometers wide, has been reduced to only one kilometer wide. The route of the separation fence in the Jerusalem area includes Area E-1.

Maaleh Adumim and E-1: The Heart of the Israeli Consensus

A study published in 2009 by the Jerusalem Center for Public Affairs on the importance and implications of the E-1 plan, written by this author, included statements by Israeli public figures showing just how broad the consensus was on this building plan. Here are some of the statements:

In a video by the municipality of Maaleh Adumim, key personalities have been recorded over the years as they declare allegiance to Maaleh Adumim and to E-1 and explained its importance: Among the speakers:

It is imperative to translate our ownership to the corridor of E-1. Without a willingness to build contiguity that will connect Mt. Scopus to Maaleh Adumim, Maaleh Adumim in danger. If we do not take immediate political action, setting practical facts on the ground, we may lose Maaleh Adumim.

We want to create a contiguous region from Greater Jerusalem from west to east, and the Palestinians want to create contiguous construction from north to south, and someone will overcome someone. They will not give up. They want to strangle Jerusalem on the one hand and separate Maaleh Adumim from the other. We have to overcome them and build up E-1.

No prime minister and government will dare to surrender on Maaleh Adumim, a city that protects Jerusalem. A city where thousands of residents live. Maaleh Adumim passed the point of no return. Nothing to worry about.

The E-1 program is a never-to-be-surrendered task. If Yitzhak Rabin were alive today, he would have given uncompromising instruction to carry out the E-1 plan.