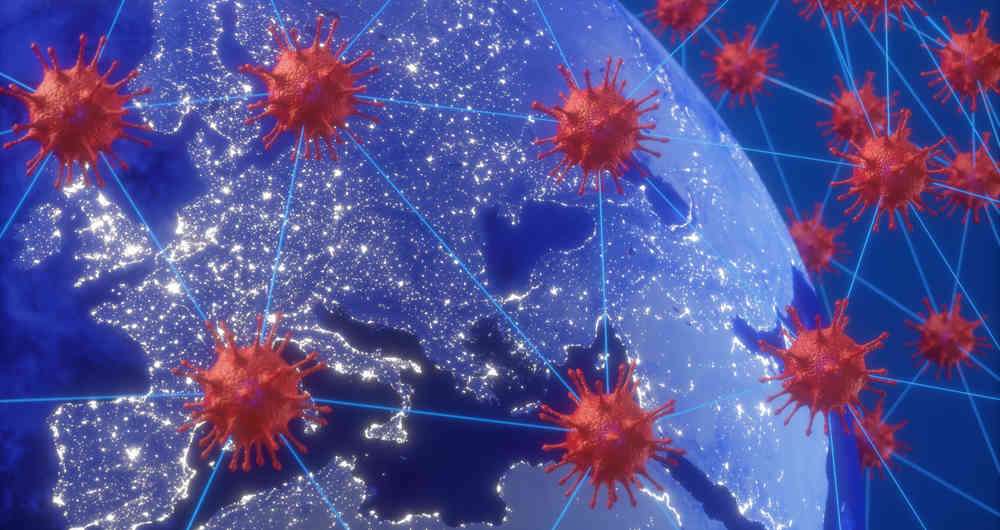 Much is made of the fact that the coronavirus pandemic now spreading chaos worldwide is something unprecedented.

This is in fact not the case because in 1918/1919 the Spanish influenza pandemic spread to every continent and the mortality rate was disastrous compared to what we are experiencing at the moment. Likewise, polio epidemics which erupted regularly before the advent of a vaccine took a horrendous toll especially on young children and left thousands paralyzed. In New Zealand which at that time (1949/1950) had a population of only 2 million the toll over the course of a series of polio epidemics amounted to 400 deaths with 5,436 infected. The mortality rate was 10% with a 30% rate of permanent paralysis.

I am writing these lines as Israel is in almost total shut down mode with citizens told not to leave their home unless absolutely necessary. Once the truth seeped out of China and the full extent of the threat became known, Israel was one of the first countries to take steps in order to minimize the impact of the virus outbreak. It was always suspected that returning citizens from overseas and tourists already in Israel from infected countries would inevitably kick start the spread of this plague and so it has proven. The rapid closing of our borders, repatriation of all tourists in the country, self quarantining of all Israelis coming back from overseas trips no matter which country they visited and the vigorous enforcement of isolation measures it was hoped would help to contain infection.

Additional measures include the closure of all schools, kindergartens, daycare centres, universities and a ban on gatherings of more than ten people. This has resulted in the cancellation of all entertainment venues, cinemas and sports stadiums. It also means that places of worship are closed and any prayer services which take place are restricted to a bare minyan (quorum) and there must be a separation of at least two meters between people at all times. In addition on advice from the Health Department, all those over the age of 70 must avoid crowds whether inside or out in the open. Anyone refusing to stay in isolation will be arrested and fined.

Transport is still operating but with restrictions and the likelihood of a total cessation is looming.

Malls and many shops are closed and now banking transactions will need to be done online or over the phone rather than face to face at a branch. Supermarkets are open as are pharmacies but customers are only admitted either one at a time or in the case of supermarkets in batches of ten. For a country where social interaction is demonstrative, not embracing, kissing, hugging, shaking hands or “high fiving” is traumatic but this distancing is essential especially as the virus spreads via contact.

All these measures seem by many to be over the top but when we look at the carnage now enveloping Europe and about to descend on the USA and the UK as well as other countries we can be thankful that our preventative actions so far have made the situation manageable. Given the fact that past experience with the Spanish flu and polio proved that quarantine lockdowns and strict isolation are the best way to stop major transmission catastrophes, it is nothing short of mind-boggling that many countries today are still dithering. Whether it is a result of political correctness, refusal to face unpopular decisions or just plain dysfunctional governance we now see how shutting the stable door after the virus has bolted and implementing hesitant half-hearted policies only makes the situation more uncontrollable. It should be a “no brainer” to close schools, universities, restaurants, nightclubs and indeed any venue where crowds gather. This even includes places of worship and all sports venues. The fact that many countries still hesitate to do this merely facilitates the more rapid spread of the virus.

In the midst of this crisis, we should give a thought to the countless health care workers and volunteers who on a daily basis are providing the services on which all of us depend. It is at a time like this that societies and communities which are strong and cohesive can help to maintain morale and sustain vital services to all those in need.

The current situation has also unfortunately but not surprisingly highlighted idiocy on a grand scale among individuals, groups and certain nations.

There are individuals flouting quarantine requirements and relying solely on prayers and amulets to ward off this plague. Even Moshe, the greatest leader we ever had, realized when a plague decimated thousands of Israelites in the wilderness, that acting fast was the order of the day.

Like the rats which precipitated and spread the Black Death and spawned anti-Jewish conspiracies today’s cockroaches are now crawling out of the undergrowth and propagating the same poisonous potions against Jews, Zionists and Israel.

ISIS jihadists have been advised by their leaders that sharia law dictates that they should not travel to Europe at this time but if they are already there they should stay “in order to infect infidels.”

Incredibly Germany is still allowing flights to land from Iran, the focal point of infection in the Middle East. As infected Iranians enter the country any subsequent ban will be far too late. One can only wonder how long this lunacy can be sustained and the reason behind it. Thank goodness Iran shuns the Zionist enemy!!

An Iranian Government journalist stated that he would rather catch coronavirus than take advantage of any vaccine produced by the “Zionist entity.”

The International Olympic Committee in the face of the mounting pandemic reiterates that ”there is no need to make any drastic decisions to postpone or cancel the Tokyo Olympics.”

American authorities implored citizens to self distance themselves and avoid crowds. We watched in amazement as President Trump gave press conferences surrounded by advisers and Administration officials standing cheek by jowl thus negating their own advice. Likewise, scenes of thousands of travellers at US airports returning from infected countries all jammed up together waiting for hours to be processed make a mockery of all advice to keep 2 meters between individuals. In contrast to this farce, Israeli press conferences feature only one speaker at the podium with all other officials and media people sitting two meters apart in a large auditorium. Likewise, with the country shut down, there are no crowds at Ben Gurion airport.

The EU borderless policy has proven to be a disaster.

On a lighter note, there is apparently a major crisis in Ireland because pubs are closing and St. Patrick’s Day is just around the corner. Oy gevalt.

With Pessach (Passover) looming and supermarket shelves in many countries being emptied of toilet paper here is some advice for worried Jewish consumers:

“You know what should be flying off the shelves right now?

That stuff takes years to expire, keeps you full and most important of all, lends itself to the kind of constipation that requires very little toilet paper.”

Yes – the situation we face at present is serious but like the British during the Blitz, solidarity, following health instructions and a decent dose of humour will help to get us all through it relatively unscathed.