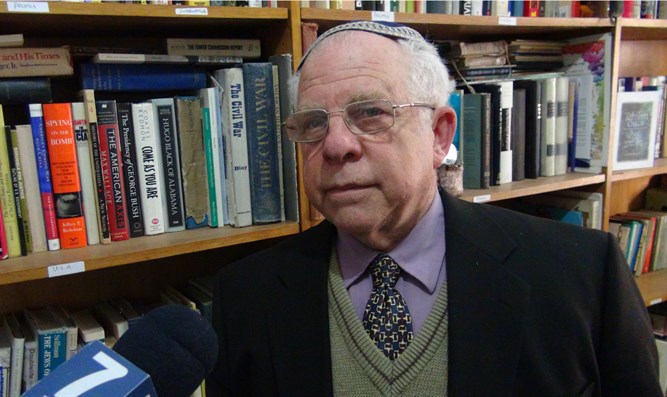 This is what the the Trump Plan proclaims.

“Palestinian leaders must embrace peace by recognizing Israel as the Jewish state, rejecting terrorism in all its forms, allowing for special arrangements that address Israel’s and the region’s vital security needs, building effective institutions and choosing pragmatic solutions. If these steps are taken and the criteria set forth in this Vision are satisfied, then the United States will support the establishment of a Palestinian State”

Unlike unconditional recognition of the PLO that Presidents Reagan, Bush, Clinton, Bush and Obama rendered the Palestine Liberation Organization, the Trump plan requires the PLO entity to prove its commitment to the war on terror and support for Israel…as conditions for US endorsement of a PLO State.

The Trump plan, on page 34, conditions a Palestinian State ion clearly stated terms: “The Palestinians shall have ended all programs, including school curricula and textbooks, that serve to incite or promote hatred or antagonism towards its neighbors, or which compensate or incentivize criminal or violent activity”.

In other words, the Trump Plan mandates that the PLO will not be allowed to create a state until after they’ve eliminated all incitement from their school curricula & textbooks and repealed the unprecedented PLO ordinance which provides automatic incentives for anyone who will murder a Jew..

Over the past 20 years, ever since the Palestinian Authority began to issue its own school boos, our think tank has examined all 364 Palestinian school books and all 109 Palestinian teachers manuals used in all PA and UNRWA schools. They read like read like war manuals.

Nary a mention of peace.

In terms of new texts issued by the PA:

1. New PA textbooks call for a violent struggle for “the liberation of Palestine”, including Israel’s pre-1967 territories which are considered Palestinian territories occupied in 1948. Religious elements, such as Jihad, martyrdom (shahadah) and the call for the liberation of Al-Aqsa Mosque in Jerusalem.

2. New PA textbooks teach that Jews in the country will be exterminated.

3. New PA textbooks glorify terror and feature Dalal Al Mugrabi, in terror garb, who commandeered a bus in 1978, and murdered 38 people, including 13 children, as a role model for Arab pupils

4. New PA textbooks books promote the return of the 1948 refugees to their villages in liberated Palestine…by force of arms.

Meanwhile, over the past three months, our study of official PA electronic media reveals that the PA has indoctrinated the Palestinian people with the idea that the Jews are the cause of the CoronaVirus.

And not a day goes by on which the PLO does not remind the Palestinian people that anyone who murders a Jew will be honored and paid handsomely for that deed.

Ma Nishtana? Why is the Trump Plan different?

At the conclusion of each of these events, the US issued a powerful statement against incitement and antisemitic indoctrination.

At the Wye Conference, convened by Bill Clinton, no anti-indoctrination requirement condition was laid out by the US.

This time, The Trump Plan clearly mandates that if incitement and anti-semitic indoctrination continue, the US will not support a PLO state.

All this begs the question:

At a time when the PLO has intensified anti semitic incitement and its promise of a gratuity to anyone who murders a Jew, and today when it encouraged Palestinian Arabs to use rocks to try to kill Jews (after the cowardly murder of a soldier by throwing a block from a rooftop) why does the President not issue a clear statement that all support for a PLO State has stopped?

How to e-mail the White House
https://www.whitehouse.gov/contact

David Bedein is director of Israel Resource News Agency and heads the Center for Near East Policy Research, author of Genesis of the Palestinian Authority and Roadblock to Peace: How the UN Perpetuates the Arab-Israeli Conflict: UNRWA Policies Reconsidered.