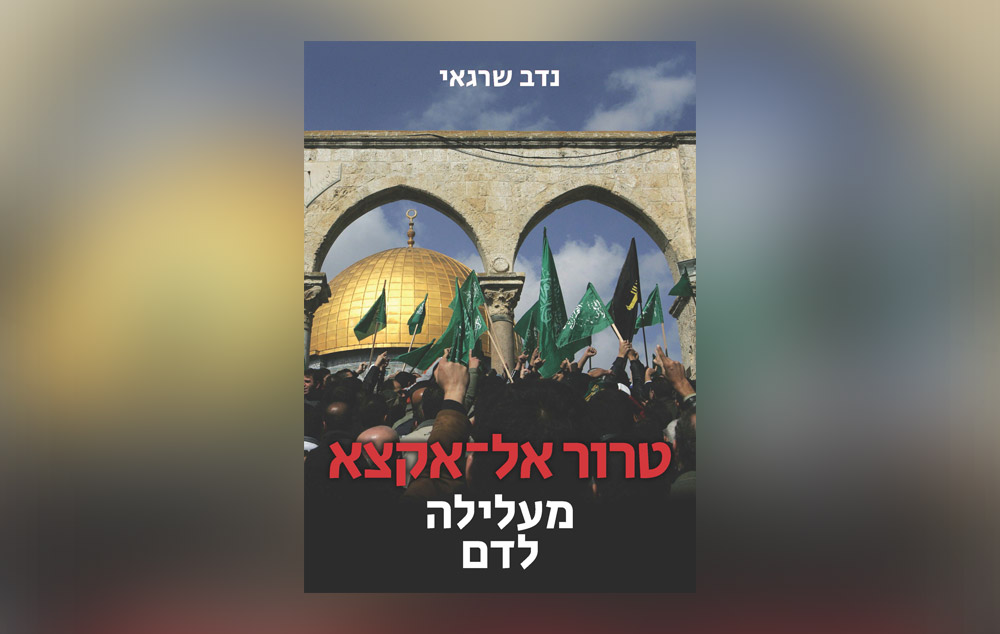 Published by the Jerusalem Center for Public Affairs and Sella Meir Nadav Shragai, a researcher at the Jerusalem Center for Public Affairs and a veteran journalist, has a new book, Al-Aqsa Terror, which describes how the “al-Aqsa is in danger” libel has become an integral part of the Palestinian narrative and the fuel for most of the lone-wolf Palestinian terrorist attacks in this decade.

Shragai reveals that the issue of the Temple Mount played a role in 93 percent of the terror attacks in Jerusalem from August 2014 to May 2016, and in many other attacks since then – whether as the sole motive or as one of the motives that brought the terrorist to act. Many of the “lone wolves” who have taken to the streets in recent years to shoot, run over, or stab Israelis did so after they were incited to believe that Israel is working to destroy the mosques on the Temple Mount.

Shragai, an expert on Jerusalem affairs, describes how the “shahids of al-Aqsa” have turned into “celebrities” among the suicide shahids (martyrs). The waves of terror attacks that were aimed at “saving al-Aqsa” and “freeing it from its captivity” included many “distressed” young perpetrators with personal problems. The terror attacks they committed afforded them social recognition and rehabilitation. “In some cases, Palestinian society indeed coerced public ululations and expressions of joy by mothers of the ‘shahids’ who wanted to mourn their sons, and even used tranquillizers to ‘enable’ these mothers to ululate publicly and recite declarations of joy about the death of their sons and daughters,” Shragai writes.

The book reveals many facts that are not known to the public:

The books includes a special appendix that is rich in ancient Muslim sources, in Jewish and Christian historical testimonies, and in details about an archaeological find that disproves one of the main foundations of the al-Aqsa libel and the terror: the claim that the Jews have no historical connection to Jerusalem and the Temple Mount, and that the Jewish Temple was never located on the mount. The many Muslims who have already been convinced for years that “al-Aqsa is in danger” are now further convinced that it is situated at a place where there was never a Jewish Temple, which is nothing but a fraud and an invention.

Some of the legitimacy that the terror derives from the libel is based on this new narrative. From the terror standpoint, it is even more legitimate to libel and murder Jews in order to “protect the captive al-Aqsa,” and to “liberate it from the Jews who seek to destroy it,” when “Israel and the Jews are plotting to attack the site even though their connection to it is a lie and a fabrication.”

Thus, Al-Aqsa terror seeks not only to “wrest the mount from the hands of the Jews,” but also to liberate it in a psychological sense and cause the new Muslim historical and religious narrative about the mount to prevail. As noted, the book’s appendix refutes these popular canards. The author of the book, Nadav Shragai, is winner of the Jabotinsky Prize for Literature and Research for his previous book, The Disappearing Western Wall (in Hebrew), and the author of: The Mount of Strife, The “Al-Aksa Is in Danger” Libel: The History of a Lie, The Story of Rachel’s Tomb, and Jerusalem: Delusions of Division.

The back cover of his new book, Al-Aqsa Terror, offers the responses of three known experts in their fields who have read the book and recommend it: Jewish thinker and scholar Dr. Micah Goodman; Brig.-Gen. (res.) Shalom Harari, former Palestinian-affairs adviser to the Israel Defense Ministry and the IDF; and Ambassador Dore Gold, former director-general of the Israel Foreign Ministry. Goodman states that “Shragai’s book offers all of us a new window through which to view the Israeli-Palestinian conflict from a different and original angle.” Harari remarks that the book “proves, in a fascinating study, how the big lie is mobilized again and again to motivate waves of terror,” and Ambassador Gold writes that the book provides an in-depth analysis of the false and dangerous myth that has become a battle cry of terrorists, who, in its name, have gone on their missions of killing Israelis.

Al-Aqsa Terror is dedicated “to the memory of the fighters of the Border Police, the Police, and the IDF who gave their lives in defense of Jerusalem and its residents during the recent waves of terror.”