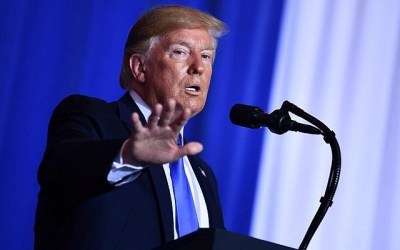 The fundamental pre-conditions of The US Middle Peace Initiative, identified with US President Trump, are  not being implemented at this time.

How could that be?

The “Trump Plan” establishes clear requirements of the Palestine Liberation Organization, phrased as a “predicate” for the PLO receiving any recognition – let alone territory.

There is no word at this time from the US government about these requirements, while plans are underway to hand over massive swathes of land to the PLO on July 1, less than two weeks hence.

That planned handover of more land to the PLO would violate mandatory US conditions of the US Peace Plan, as spelled out as “immediate” demands.

These directives can be found in the US government “Peace to Prosperity” paper presented at the White House last January 28, and on the web ever since.

No earlier US administration ever presented such conditions  to the PLO:

However, these minimal US conditions of the Palestine Liberation Organization are not now on the agenda .

To characterize the current process as the Trump Plan would be a misnomer.

The one glimmer of hope is that this US Administration is sensitive to feedback.

People who contact the White House Press office and ask that their comments be forwarded to the President will be surprised to encounter a listening ear.

Our sources tell us that US government officials who have transformed the Trump Peace Plan into a program to buttress the terror regime of the Palestine Liberation Organization have done so without consulting the President.