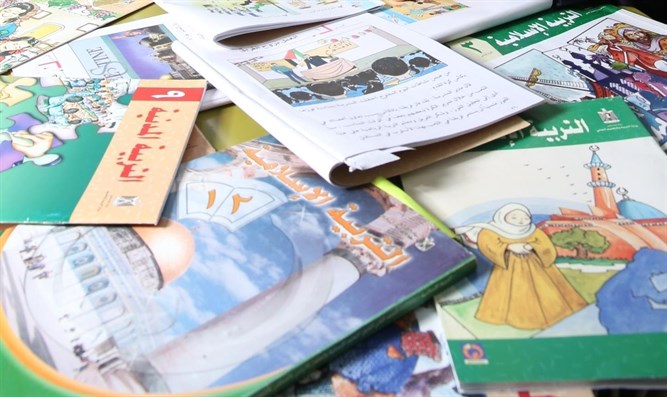 “Demystifying the UNRWA approach to curriculum” is the title given by the United Nations Relief and Works Agency (UNRWA) created for the “refugees” of the 1948 war in the Middle East (or, to be exact, their third and fourth-generation descendants), to a two-page statement on its educational system issued in January 2020. The title creates the impression among those who are unfamiliar with this UN agency that there are individuals, or organizations, trying to mystify UNRWA’s educational endeavor and present it not in its true colors.

This UNRWA policy statement delares that UNRWA provides educational services to over 530,000 Palestinian children and youngsters in Lebanon, Syria, Jordan, the ‘West Bank’ (including East Jerusalem) and Gaza, and that these students do much better than their peers in regular public schools.

The centerpiece of this quality education is, if you read the report:

“The commitment of UNRWA to the delivery of an education in its schools that is consistent with the values and principles of the United Nations (UN) and promotes human rights, tolerance, equality and nondiscrimination of race, gender, language and religion”.

The statement further says that “UNRWA uses the curriculum of the “host country”. This ensures Palestine refugees can integrate into host secondary and tertiary educational systems and more broadly participate in the social and economic life of the host country. As an independent UN Agency providing humanitarian and development assistance, UNRWA has no mandate to alter any host government curriculum or textbooks which are a matter of national sovereignty”.

Concerning the situation in the ‘West Bank’ and Gaza: “While UNRWA uses the Palestinian curriculum, it reiterates that it has a robust system in place to ensure that the education it delivers in its classroom, including through the use of textbooks, is in line with UN values and principles and addresses any bias”.

What happens if you also read the textbooks? I cannot speak for the US GAO, but we have read the books used in UNRWA schools in the ‘West Bank’ and Gaza since their first appearance in 2000, and I can say out loud that they certainly do not conform to UN standards.

For example, it is an incontrovertible fact that Israel is an internationally recognized sovereign state, a full member of the UN. In the books taught in UNRWA schools, however, it does not exit and is replaced by an entity called “Palestine”. The following is a piece taken from a Social Studies textbook for grade 6, part 1 (2019) p. 43. It is a map of the Levant region in western Asia and the four states appearing there are Syria, Lebanon, Jordan and Palestine. The map’s title says “States of the Levant [Bilad al-Sham in Arabic]: 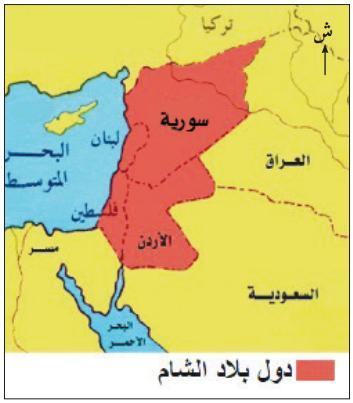 Israel, if mentioned, is not mentioned by name in most cases. It is referred to as a vague entity under the title “the Zionist occupation”. Its 6 million Jewish citizens are not regarded as legitimate inhabitants in the country and their cities – including Tel Aviv – do not appear on the map: 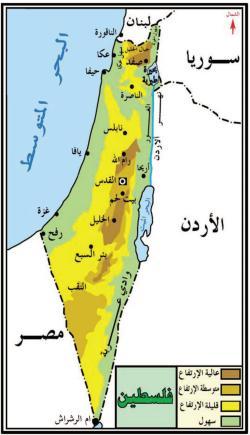 Their national language – Hebrew – is erased, literally, from a historical coin of the British Mandatory period (1923-1948): 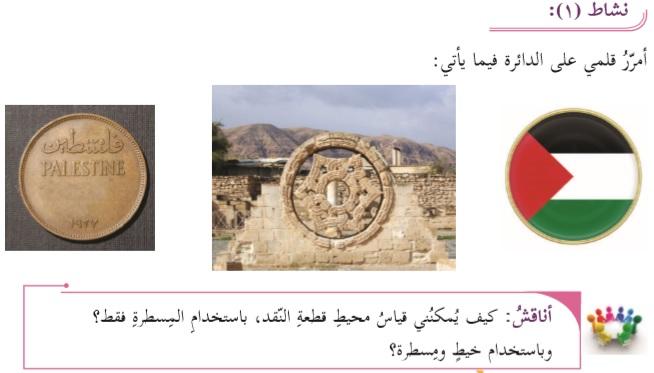 And see the original coin: 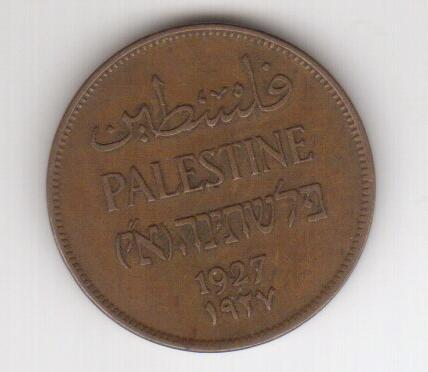 Jerusalem, the Jews’ ancient and modern capital, is declared to have been established by Arabs and presented as a holy city to Muslims and Christians only. The Jews’ ties to this city (from the time of King David) are totally ignored:

“Jerusalem is an Arab city built by our Arab ancestors thousands of years ago.
Jerusalem is a holy city to Muslims and Christians.”
(National and Social Upbringing, Grade 3, Part 1 (2019) p. 29)

The Western Wall in Jerusalem, the Jews’ holiest place, is said to be exclusively Muslim and the picture showing it is cut in the middle so that the Jews praying there would not be seen:

“Al-Buraq Wall”
“Illumination: Al-Buraq Wall is thus named after Al-Buraq [the divine beast] that carried [according to Islamic belief] the Messenger [Muhammad] in the Isra’ and Mi’raj Journey [nocturnal journey from Mecca to Jerusalem, from which he ascended to Heaven having tied Al-Buraq to the Wailing Wall]. The Al-Buraq Wall is part of the western wall of Al-Aqsa Mosque and it is the exclusive right of the Muslims alone.”
(Islamic Education, Grade 5, Part 1 (2019) p. 63) 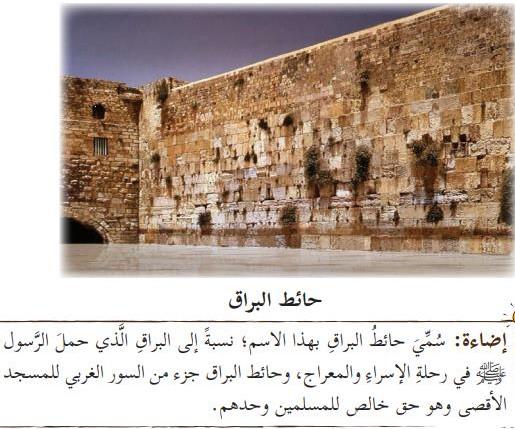 The Jews are called “the Devil aids”, which is certainly not in line with UN principles:

Another important UN principle is the resolution of the Israeli-Palestinian conflict peacefully. Security Council resolutions 242 and 338 are the UN chief expression of this principle. Yet, the books taught in UNRWA schools never advocate peace and co-existence with Israel. Actually, they call for a war of liberation, starting from grade 1: 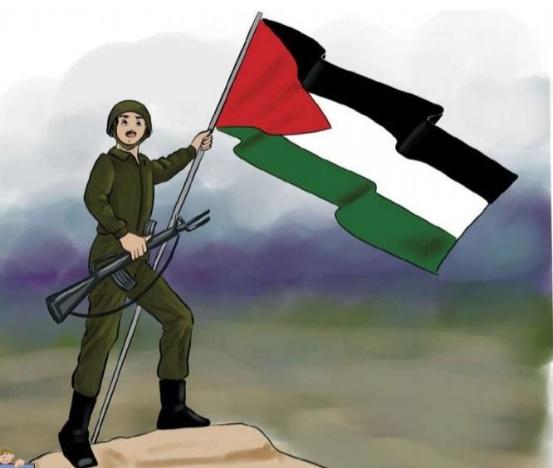 This is a total war with a view to eliminating the State of Israel, which has no place if “Palestine” is made free, as seen in a decorated product sold to tourists in Bethlehem and shown in a grade-3 textbook: 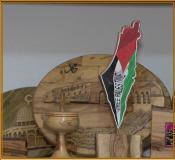 This war, which is given Islamic features such as Jihad, martyrdom and the emphasis on the liberation of Al-Aqsa Mosque, includes as well a notion that UNRWA school are especially tuned to, namely, the so-called “right of return” of the descendants of the Palestinian Arab refugees of 1948. That return is violent and it constitutes part and parcel of the war, as the refugees are supposed to return to “liberated” ‘Palestine'”:

Terror is also part and parcel of the war. Dalal al-Mughrabi, who commanded a terrorist attack against an Israeli civilian bus on Israel’s Coastal Highway in 1978, in which over 30 persons were killed, many of them chlldren, has become a role model in Palestinian Arab schools, including those ones operated by UNRWA:

[By] the authors [of the schoolbook]
In front of the text:
“Our Palestinian history is full of many names of martyrs who gave their souls as a sacrifice for the homeland. Among them [was] the female martyr Dalal al-Mughrabi who painted with her struggle a picture of challenging and heroism which have made her memory eternal in our hearts and minds. The text in front of us talks about an aspect of her struggle path.”
(Arabic Language, Grade 5, Part 2 (2019) p. 51) 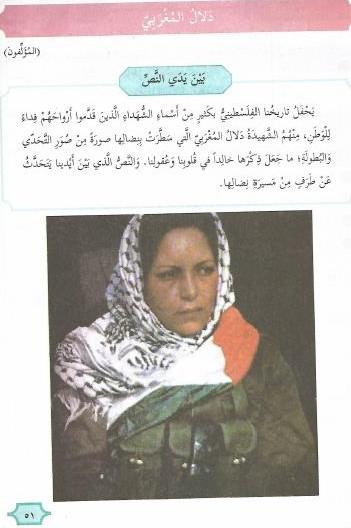 The books taught in UNRWA schools assume, so it seems, that the liberation struggle will bear fruit, and the question arises, what should be done with the six million Jews living in the country. The answer – extermination – does not quite follow the UN’s noble principles as stated by UNRWA:

“We will sing and learn by heart: The Land of the Noble Ones
I swear! I shall sacrifice my blood
In order to water the land of the noble ones
And to remove the usurper [i.e., Israel] from my land
And to exterminate [ubid] the foreigners’ defeated remnants
O land of Al-Aqsa [Mosque] and the holy place
O cradle of pride and nobility
Patience, patience, for victory is ours
And dawn is peeping from the darkness”
(Our Beautiful Language, Grade 3, Part 2 (2019) p. 66. Emphasis added) 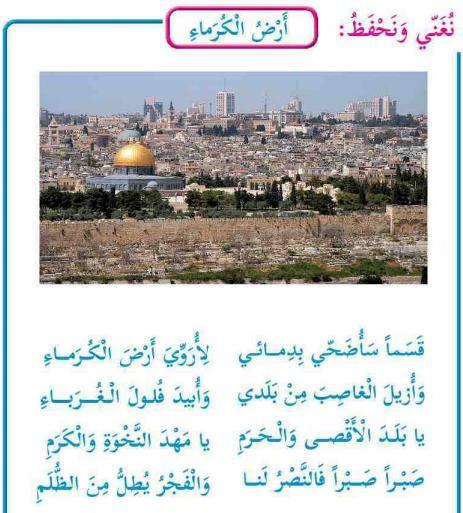 The violence against Jews is not necessarily postponed to that date. The burning of Jews in a civilian bus by Molotov Cocktails near Ramallah is described in one of the stories as a “barbecue party [haflat shiwa’]:

“The neighbor: ‘The curfew does not include us in al-Shurafah [neighborhood]. It is imposed on al-Natarish [neighborhood]. It seems that there is a barbecue party there with Molotov Cocktails on one of the buses of Psagot colony [musta’marah] on Mount al-Tawil.”
(Arabic Language, Grade 9, Part 1 (2019) p, 61. The “barbecue party” expression is marked in red)

This is what UNRWA teaches in its schools. It is hate education accompanied by war indoctrination against a member state of the UN. Such “education” contradicts all UN standards and should be stopped.

If UNRWA cannot alter the Palestinian Authority’s books, as it claims, and in light of the obvious failure of all its control methods, as we have just seen, then, UNRWA should quit the education field altogether. It may have edicated skilled Palestinian Arab youngsters, but it also contributes to the perpetuation of the conflict by indoctrinating young pupils in subject matter that is unequivocally NOT “consistent with the values and principles of the United Nations”.