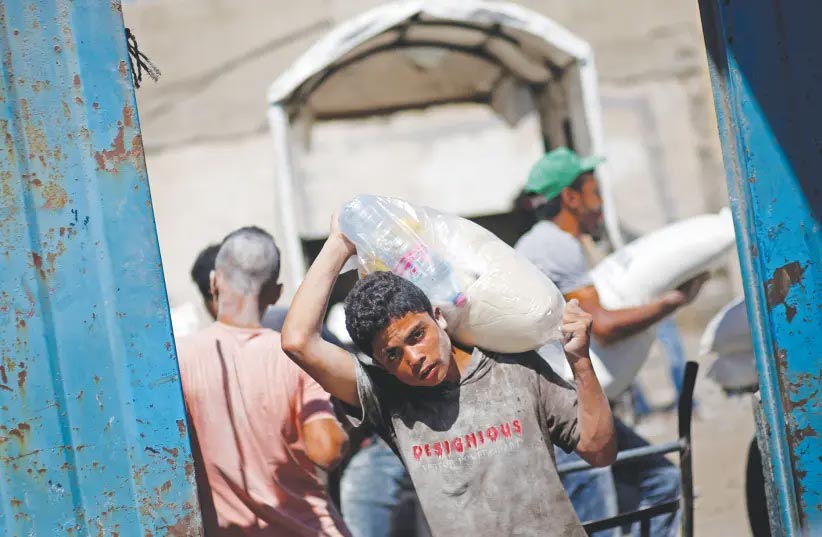 The United Arab Emirates cannot have it both ways: Reconcile with the Jews and fund incitement against the Jews.

At the same time, UAE pours $51 million per year, with no strings attached, into the UN Relief and Works Agency budget.

This makes the UAE the fifth-largest contributor to UNRWA in the world, and the largest donor to UNRWA among the Arab nations. Indeed, UAE has quadrupled its donation to UNRWA. (In 2017, UAE donated $12 million to UNRWA.)

The UAE is fully aware UNRWA uses 54% of its allocations to finance a new school system which invokes “the right of return by force of arms.”

For UNRWA, promotion of violence has been ongoing for many years.

Ever since 1999, when Hamas terrorists were elected to run the UNRWA workers’ union and the UNRWA teachers’ association in Gaza, Hamas has tightened its grip on UNRWA, using their schools as bases for attacks throughout Israel.

The past two weeks were no exception.

On August 8, the new school year began for the 288 UNRWA schools in Gaza. That was the day that Gazans resumed their campaign of launching firebombs over southern Israel, using UNRWA schools as their collective protective shields.

Indeed, on August 8, we dispatched a Palestinian TV crew to film the opening day of the school year at UNRWA’s schools in Jabalya in northern Gaza.

The sight was endearing: immaculate, well-scrubbed schools with slogans that adorned the classrooms with calls for respect, freedom and equality.

Yet the first lesson, which the teacher chose to inaugurate the school year, open, was a poem and song titled “The Land of the Nobles.” The teacher wrote the words on the blackboard, so that no UNRWA student would miss a syllable. It went as follows:

“I will plunder my blood to kill the land of the nobles and remove the robber from my land. And I will destroy the defeated remnants of the strangers.. and exterminate the foreigners’ scattered remnants.” (“Our Beautiful Language,” 3rd grade, p. 64)

As part of the classroom introductory activity, the teacher asked each student where he or she was from, and the name of his or her “original” village.

The children quickly chimed in that they were from villages from 1948 which were conquered by the Israeli city of Ashkelon.

Our crew stepped outside the classroom to hear what the students thought of peace, the firebomb balloon attacks and the “right of return.”

The children answered in robotic manner, one after another:

“Fire balloons are great for us and cause lots of damage to the Jews.”

“Fire balloons are good for us and we know that the conqueror’s economy is hurting.

“I dream of returning to my land and subduing the conquest and defeating the Jews.

“We will fight against the invaders who stole our land.”

The UNRWA children did not look angry, frustrated, sad or hateful. Rather, they appeared determined to fight. These UNRWA elementary school students seem to have been reciting slogans by heart for a long time. Their response was prompt, without any hesitation.

Over the next month, leading to Rosh Hashanah, the terms of the new UAE treaty will be hammered out.

During this month of reflection, “peace education” could become a vital clause in the new pact with the UAE.

While the media focuses on dangers of F-35 stealth bombers, the UAE delivery of “lethal weapons of mass instruction” could fan the flames of war for generations to come.

The writer is a social work professional who runs an information agency and think tank focused on the policies of UNRWA.