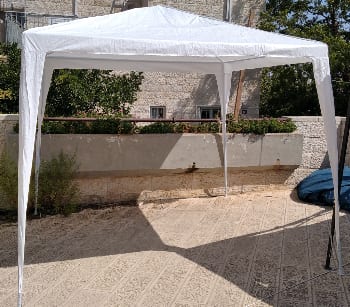 Last Pesach (Passover) we experienced the first taste of life in the shadow of a lockdown.

These current Chagim (Festivals) of Rosh Hashanah, Yom Kippur and Sukkot are being observed with no end in sight to restrictions of our personal and communal lives.

Life BC (before corona) seems like a distant dream especially as we navigate our way through the Days of Awe in CE (corona era). These days when we have conversations with friends and neighbours we tend to reminisce nostalgically about how things were BC. At that time we could socialize freely, go out on the town whenever we felt like it and children and grandchildren could be visited and hugged. It is only when these freedoms are denied that one realizes how precarious life can become at the blink of a virus pandemic.

The blame game has well and truly taken off now that numbers of infected or positive tested individuals have escalated in Israel. The public, disillusioned by conflicting advice from a myriad of experts as well as politicians who contradict medical professionals in order to placate pressure groups and gain votes, is in no mood any longer to meekly submit. When they can see Government officials themselves flouting the rules such as not wearing masks and socializing in large groups why should ordinary citizens follow the rules? Panicky declarations that hospitals are collapsing under the strain are almost instantly rubbished and hysterical orders by the health ministry to cancel all elective procedures and instead concentrate only on Corona patients are denounced as ludicrous.

The spectacle of our Prime Minister blaming everyone else, including MK’s from his own party, adds to the chaos. When the PM refuses to accept that the buck stops with him and when he persisted for so long in supporting a minister from an ultra-orthodox party who was clearly totally unsuited for the job, the message is clear. No doubt we will muddle through as we always seem to do but the payback for all this balagan will surely negatively impact those politicians responsible sooner rather than later.

Thank goodness for the two days of Rosh Hashanah which for observant Jews meant that we could concentrate on our prayers rather than stew over a continual stream of political insanity. True, we were all locked down and restricted from hosting large get-togethers even with extended families. As at Passover, adult children and grandchildren could not enjoy their parents’ and grandparents’ hospitality because the idea is to protect us “oldies” as much as possible. Of course, there were some who cheated and flouted the rules, which is why the virus continues its rampant run. On the whole though, apart from the usual demonstrators, the roads were bereft of traffic.

Without a shred of doubt, for us personally and no doubt many others, this year’s observances were uniquely different and dare I say it, magnificently more meaningful in several ways.

We have been praying communally outside now ever since corona kicked in because even though small groups have been allowed in Synagogues most buildings are not designed for effective social distancing. Our little neighbourhood of thirty homes face onto a car-free lane and this gives us a perfect opportunity to set up chairs and sit suitably separate in the shade of bushes and trees. Daily services as well as for Shabbat and Festivals have become the norm and with summer weather of endless blue skies and warmth, there is no fear of rain causing havoc.

One of the many additional advantages of living in Israel is the abundance of talented individuals who at the drop of a kippah can read from the Torah and lead the minyan in prayers. We are fortunate to have in our little part of Efrat a wide range of talents whether it is cantorial voices or the ability to pray at express speed. Our neighbours include Rabbis and educators so there is never a shortage of drashot (lectures) or Halachic guidance.

Prior to Rosh Hashanah this year, in view of the expected heatwave and bearing in mind that services can be considerably longer than normal, it was decided after consultation with religious advisers that a number of recitations could be omitted without affecting the core meaning of the prayers. This was a wonderful example of how common sense combined with Halachic flexibility and open-mindedness can cope with all challenges.

In the centre of our neighbourhood, there is a communal air raid shelter which in normal times has been converted into a mini Synagogue with an Aron Kodesh, Sifrei Torah, lectern and reading desk. Since services have been held outside, a gazebo with table has been erected on the flat roof and it is from this elevated position that prayer leaders sing, chant and read from the Torah. As there is no traffic their voices travel far and wide so that everyone can hear and participate. People living nearby sit and stand on their balconies while those further away sit on chairs suitably distanced on the lane itself. Others sit in their gardens – different strokes for different folks.

Gathering together and praying this Rosh Hashanah was a sublime experience. Instead of sitting in a confined space, we sat amongst the beauty of nature with the only sounds being prayers and the twitting and tweeting of birds as they flew in and out of trees and bushes. On the second day of the Chag, the sounds of the shofar could be heard loud and clear not only from our minyan but also reverberating from many such prayer gatherings all over the city.

An added bonus for many was that from some gardens Jerusalem can be seen in the distance. There can be no more moving experience than praying in the hills of Judea where our patriarchs and matriarchs once lived and worshipped and viewing Mount Moriah where the Temples stood.

It was especially during the chanting of the Haftorah (the Prophetic reading) for the second day that the real emotional impact hit me. Hearing the words of Jeremiah written so long ago brought home to me personally the miracle of the Jewish People’s resurrection and restoration to our ancient promised homeland.

“Hashem said to me: I shall yet rebuild you and you will be rebuilt. You will yet plant vineyards in the mountains of the Shomron (Samaria). There will be a day when the watchman will call out ..ARISE, let us ascend to Zion. Behold I will bring them from the northern land and gather them from the ends of the earth, among them will be the blind and the lame, pregnant & birthing mothers together; a great congregation will return here. Hear the words of the Lord, Oh nations, and relate it in distant islands – He shall gather them in and guard them as a shepherd guards his flocks. They shall come and sing joyously on the heights of Zion..”

As I heard these words of the prophet being chanted, echoing around the hills of Zion amidst thriving and restored places of Jewish settlement, I looked around at the assembled gathering and it hit home exactly how relevant these prophetic predictions are. Here we were, Jews gathered from the ends of the earth and distant islands praying as one people. Our neighbours are from the UK, USA, Canada, Sweden, South Africa, France, Argentina, Russia, Australia and native-born Sabras. In addition, there is our family from the “distant islands” of Aotearoa (New Zealand).

What an amazing spiritual start to the New Year. We feel so privileged to be able to be part of this exciting chapter of Jewish renewal in the Land promised to our first Patriarch, Abraham, and his descendants.