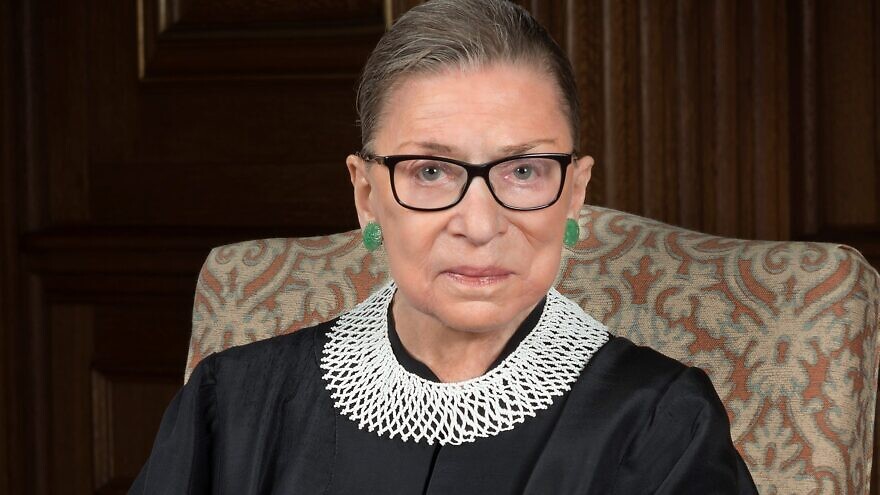 At her passing,  Supreme Court Justice Ruth Bader Ginsburg was touted as a civil rights legend, and a defender of constitutional liberties.

However, the case of Jonathan Pollard reflects a bias which challenges Ginsburg’s record as an objective jurist, much less a preserver of constitutional rights.

Pollard is now on parole.

His case is no longer under the  glare of media scrutiny.

Pollard’s current “freedom,” essentially, subjects him to nothing more than another term of confinement albeit on less-restrictive terms—complete with surveillance and a variety of other demeaning intrusions.

Lawrence Korb, the assistant secretary of defense to Caspar Weinberger at the time of the Pollard affair, published a series of articles revealing the travesty of justice suffered by Pollard.

The fact is that no one alive today knows more about the so-called “intelligence” information, or lack thereof, transferred by Pollard to the Israelis than Korb and former CIA Director James Woolsey—another outspoken supporter of Pollard.

Returning to the  enshrinement of Ruth Bader Ginsburg among the pantheon of American civil rights leaders, let us consider  Judge Ginsberg’s actions in the Pollard case.

In 1992, Pollard filed a petition for habeas corpus (appeal to be freed) before the U.S. Court of Appeals for the District of Columbia. .The court ruled two-to-one to deny Pollard’s petition, primarily due to the failure of Pollard’s original attorneys to file his appeal in a timely manner.

The two judges who denied Pollard’s petition for clemency were RUTH BADER GINSBURG and LAURENCE SILBERMAN, both liberal Jews. JUDGE STEPHEN F. WILLIAMS, a prominent non-Jewish judge in the District of Columbia Appeals Court, dissented, “because the government’s breach of the plea agreement with Jonathan Pollard was a fundamental miscarriage of justice requiring relief under 28 U.S.C. § 2255”.

He said that the sentencing was a “flagrant violation” of the intent of the plea bargain.

Williams felt so strongly that Pollard’s rights were violated that he ended his opinion quoting Shakespeare’s Macbeth, cursing the three witches for misleading him with false promises about his fate.

Williams was on the losing end of a 2-1 vote. The other two judges, Ruth Bader Ginsburg and Laurence Silberman, upheld the sentence. The judges responsible for his incarceration until 2015 were Jewish.

Were these judges were harsher on Pollard because they did not want to seem too soft on a fellow Jew or on Israel?

Dissenting Judge Williams took the US government to task for blatantly violating the terms of Pollard’s plea bargain agreement—Pollard never went to trial, but rather, agreed to plead guilty to a single count of espionage in order to spare his severely ill wife from imprisonment.

Judge Williams excoriated the prosecution and the trial judge for poisonously referring to Pollard as having committed “treason,” when in fact, the sole count included in Pollard’s guilty plea involved espionage—that is, passing aid to a friendly nation.

Ginsburg’s judicial conduct during the Pollard case means that she should not be venerated among the civil rights legends or esteemed as a defender of constitutional liberties.

On the eve of Yom Kippur, Ruth Bader Ginsburg’s admirers may consider a note  of support to Jonathan Pollard.