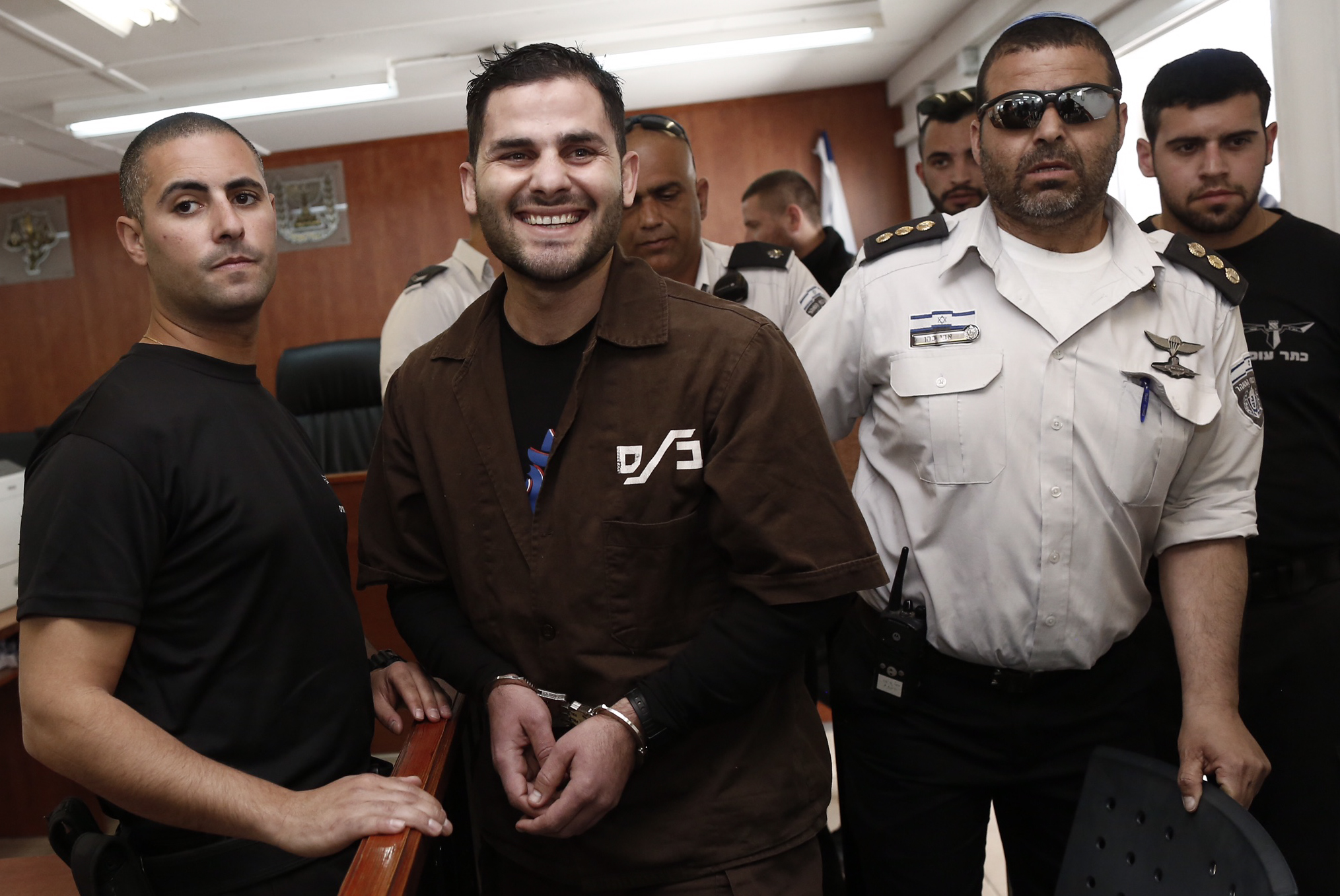 On October 8, 2015, six Arabs either murdered or tried to murder Jews, in six different locations in the country. As these attacks occurred, Arabs rioted in every nook and cranny of Israel, on both sides of the 1949 cease fire line. Yet at the same time, while the Israel Broadcasting Authority announced one Arab attack and Arab riot, one after another on the news, The Israel Defense Establishment trotted out spokespeople, every hour on the hour, to assure the people of Israel that the Palestinian Authority will most certainly work to calm down the atmosphere of violence.

Yet the PA plays an insidious role, as it provides gratuities to any Arab who will murder or attempt to murder a Jew.

Every month, according to the bylaws of the Palestinian Authority, the PA transfers 17 million shekels to those who have been convicted of first degree murder or attempted murder who now serve their sentences behind bars.

According to the PA distribution formula, the more severe the attack conducted by the killer and the longer the prison sentence, the stipend is increased proportionately.

Maher al-Hashlamon Hamdi, who was convicted to two life sentences for the murder of Dalia Lemkus in a car-ramming and stabbing attack exactly one year ago, started receiving monthly stipends from the PA as soon as Mahdi Hamdi was arrested.

Hamdi now receives 1,400 NIS a month. These payments will increase over time, and in the future, his monthly stipend will reach no less than 10,000 shekels.

Zaid Awad, who murdered Baruch Mizrachi on Passover Eve 2014 has received stipends from the PA totaling about 30,000 shekels. These stipends followed those he received for his previous imprisonment before he was released in the Gilad Shalita prisoner exchange, when he received about 300,000 shekels.

The PA, in its official publications, tells the world that it will pay anyone who murders a Jew and also remunerate the killer’s family with generous funds for life. Here is the translation of an official document from the PA Department of Prisoner Welfare:

PA monthly grants to killers-according to years sentenced to prison:

This is what Brenda Lemkus, the mother of Dalya Lemkus, wrote about the murder of her daughter and the award that Dalya’s murderer received.

“Our family has gone through what no one should ever experience. Our daughter, Dalya, was waiting at a bus stop just south of Jerusalem on her way home from work, and never made it home. An Arab, Maher al-Hashlamon Hamdi crashed his car into Dalya. He then jumped out of the vehicle and stabbed her to death.

The killer was caught by the IDF soon after. He confessed to the killing, and was tried and convicted in the cold blooded murder of our daughter. At the trial, we watched with horror in the court room as the killer smiled with joy and his whole family rejoiced as his sentence was pronounced.

Why the glee? The PLO has used its administrative arm, the Palestinian Authority, to foster a “murder incentive fund”, to provide financial gratuities to this man who murdered a Jew, our daughter”.

PICTURE OF HAMDI AT HIS TRIAL FOR MURDER OF DALYA LEMKUS, SMILING AS HE TOLD REPORTERS ABOUT THE PRIZE THAT HE HAD RECEIVED FROM THE PA FOR HIS “DEED”

The question remains: WILL THE US AND OTHER NATIONS TO DONATE TO THE P.A. NOW CONDITION AID TO THE P.A. ON THE CESSATION OF THE MURDER INCENTIVE FUND?