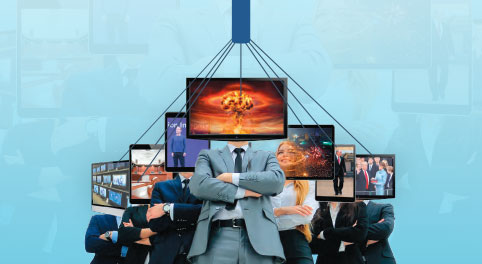 In the information era, the cognitive campaign has become a central element of national security in struggles between adversaries. This volume, published jointly by the Institute for the Research of the Methodology of Intelligence (IRMI) at the Israel Intelligence Heritage and Commemoration Center (IICC) and the Institute for National Security Studies (INSS), aims to expand knowledge and understanding of the cognitive campaign, with an emphasis on intelligence methodology in this campaign.

The cognitive campaign is not new, and it is an inseparable aspect of every strategic and military conflict. In recent years, this struggle has played a much more important role than in past conflicts; at times it takes place without a direct military context and is not even led by military bodies. The cognitive campaign is a continuous campaign; thus, its prominence is greater in the period between wars (as a part of the “campaign between wars”).