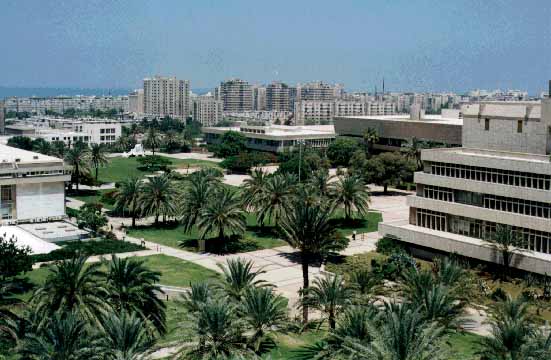 IAM has repeatedly demonstrated that political activist-academics have penetrated humanities and social sciences in Israel.  Once tenured, many have switched their field of research into subjects for which they were not hired and for which they have no qualifications, but which fit their political agenda.   Although such practices would not have been tolerated in a properly managed university, the activists had received continuous support from their political-activist colleagues who recruited and promoted them.

Dr. Anat Matar, a Tel Aviv University lecturer of Philosophy, is a case in point. A veteran member of the Communist Party. She first made her name as one of the leaders of the group ‘Boycott from Within.’  In the last decades, she has campaigned for Palestinian prisoners in Israeli prisons. She is also a member of ‘Academia for Equality’ that aims to “struggle against the complicity of Israeli academia with oppression and denial of education in the occupied Palestinian territories.”

Next week Matar plans to participate in a Webinar titled “Political Arrests as Continuous Suppression: Conversation with Adv. Abeer Baker, Adv. Janan Abdu and Dr. Anat Matar.” The event was organized by the group “Zochrot,” as the invitation says, “We provide access to information and teach about the Nakba that began in 1948 and never ended. The Nakba is the continuous colonization, oppression, and dispossession of the Palestinian People in various ways and forms. One of them is arrests, administrative and other. The General Security Services has always arrested Palestinians on vague allegations with a weak legal basis, which are received with apathy by the Israeli public, but it seems that in the past year, arrests have become more frequent and common than they have been for a long time, perhaps under cover of Covid-19. We have recently witnessed a wave of arrests of journalists, writers, intellectuals, and students from the young political leadership of the Palestinian opposition to Israeli control. This also includes arrests of Palestinians in areas 48, with Israeli citizenship, who refuse to succumb to the split imposed by the Israeli government and insist on working for liberation alongside Palestinians in the West Bank, Gaza and the Diaspora.”

Other participants are Adv. Abeer Baker – a Palestinian lawyer specializing in prisoners’ rights and representing Palestinian political prisoners in hundreds of cases and petitions.  Adv. Janan Abdu – a lawyer at the legal department of the Public Committee Against Torture.  Worth noting that Baker also works at the University of Haifa Prisoners’ Rights and Rehabilitation Clinic. Abdu is the wife of Ameer Makhoul, sentenced in 2010 to nine years in prison on espionage for Hezbollah and was released in 2019.

Prof. Yehouda Shenhav-Saharabani is another case in point.  He was hired to research and teach sociology of organizations at Tel Aviv University.  With his tenure secured, he admitted to switching fields after joining the Democratic Rainbow Coalition, Hakeshet Hademocratit Hamizrahit, an outreach for lower-class Mizrahim. Shenhav was influenced by Ella Shohat, whose book Mizrahim in Israel: Zionism from the Standpoint of its Jewish Victims was a replay of Edward Said’s “Zionism from the Standpoint of its Victims.” According to Shohat, the Mizrahim, like the Palestinians, were victims of white Ashkenazi colonialists.  To make the parallel stick, she placed the Mizrahim within the region’s cultural sphere and in opposition to European Jews.  Shohat blamed the Ashkenazi Zionist ideology for alienating the immigrants from their cultural kin, the Arabs, and with “de-Orientalizing” them to fit the Western image of the State of Israel.  Shohat’s ideas found fertile ground in Mizrahi intellectuals’ identity movement, which subsequently created the Hakeshet Hademocratit Hamizrahit. Shenahv was a leading activist in this circle, although he was an unlikely candidate, having been born to a well-to-do middle-class family of Iraqi immigrants; his father worked for the Israeli intelligence.  Shenhav was employed by the Israeli Military Industry that sponsored his Ph.D. studies at Stanford University.  To bolster his political agenda, he published a book claiming that the Mizrahim were actually Arab Jews. The study aimed at providing academic legitimacy to the goal of creating an anti-Zionist Palestinian-Mizrahi alliance. After signing the 2004 Olga Document, a declaration of support for a bi-national state, Shenhav wrote a number of monographs on the subject.  Van Leer Institute, a highly activist leftist organization, boosted Shenhav-Shaharabani’s career.

Recently, the Van Leer Institute and the Department of Sociology and Anthropology at Tel Aviv University announced an annual prize for translation and research in the thought of Shenhav-Shaharbani. “The Yehouda Shenhav-Shaharbani Prize for Translation and Research.”  The press release states that “The work of Yehouda Shenhav-Shaharbani in research, teaching, translation and public arena position him as one of the outstanding intellectuals of Israel today. The variety of topics that he researched spans many fields of knowledge, from statistics and engineering, through the philosophy of science, the study of bureaucracy, and postcolonial studies, to literature and translation. His commitment to the sociology of knowledge and social history runs like a thread between the fields. During his decades of work at the Van Leer Institute, he edited and founded prominent journals and publishing platforms (“Theory and Criticism;” “Maktoob;” and “Theory and Criticism in Context“), wrote and edited many books that influenced generations of students studying at universities in Israel and abroad and served as the head of many research teams. Throughout his career, Shenhav-Shaharbani has served and continues to be a loyal mentor to generations of students, researchers in various research fields and founded courses taught at many institutions around the country. Shenhav-Shaharbani also worked outside the ivory tower and became one of the major public intellectuals that influenced generations of leaders in civil society, in social, cultural and educational organizations.”

According to the press release, “Constituting an award for research and translation on the name of Prof. Shenhav-Shaharabani is a tribute to his activity and remarkable generosity. The prize marks for us, the social science community, working values and intellectual and public activity, and contributes to the continuity of the unique and acute intellectual tradition outlined by Shenhav-Shaharbani in his academic and public life.”

In 2021, the prize of $1000 will be awarded for research in knowledge and science in the social sciences. Preference will be given to unpublished articles, which combine sociology, history, and philosophy of knowledge, or articles dealing with the theory and criticism of its various shades and future manifestations. The door is open for articles criticizing the work of Shenhav-Shaharbani. The article will be presented at an annual session by the winner, and Shenhav-Shaharbani will respond to it. The Prize committee in 2021 is Adriana Kemp, Areej-Sabagh-Khouri, and Gil Eyal.

Israeli universities have traditionally been reluctant to take a stand against faculty that switched fields to promote their political agenda.  By doing so, they defaulted on their fiduciary responsibilities to students, the research capital, and the taxpayer.  Students have been taught by faculty that hardly research in their designated fields. The research capital in humanities and social science was depleted, and the taxpayers were forced to support these activists’ political agenda.