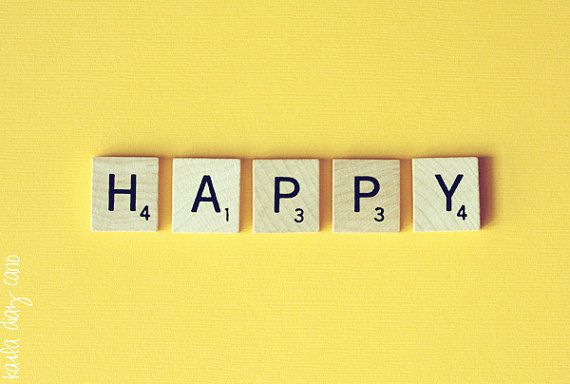 Echoing loudly and joyfully from Tehran, Gaza, Ramallah, Yemen and North Korea as well as the corridors of the UN, UNHRC, UNRWA and the ICC is the rousing song made famous in the 1930’s.

Why exactly should all these exalted specimens of human rights and brotherly/sisterly love be bursting into hymns of praise and exultation at this particular time?

The answers my friends are blown in the wind which is now blowing from the hallowed halls of Washington DC.

As Joe Biden and Kamala Harris and their recycled team of Obama-ites accompanied by other assorted far-left progressives settle down to the complicated challenge of making America loved again the intended recipients of these gestures are licking their lips in eager anticipation.

After all, who wouldn’t burst out into odes of joy on hearing that in the words of the President of the USA: “Diplomacy is back?”

One does not need to hark back to the heady days of appeasement of the 1930s in order to realize that history will repeat itself. All it takes is a cold hard look at the eight years of the Obama Administration to realize that nightmares are about to return. Most likely all impending retreats in the face of blatant bully behaviour will be packaged and sold as triumphs of diplomacy. In the absence of any will to deter and stand resolutely behind allies, those planning and perfecting terror, murder and mayhem can rest easy.

After four years of admittedly erratic and at times incoherent responses the fact remains that as far as Israel is concerned more realism and progress towards peace was made than at any other period. No wonder therefore that with the prospect of “happier” times looming there should be euphoric expectations.

The Mullahtocracy in Teheran certainly wasted no time in making its moves the moment Trump departed and the new team took over. Flouting every provision of the Obama/Kerry piece of paper they ramped up production of uranium, feverishly constructed new underground secret facilities and held military exercises intended to bully and intimidate. In addition, they instructed the IAEA to refrain from publishing “unnecessary details on our nuclear programme because it may cause confusion.” The fact that the IAEA has discovered suspicious activity hardly caused a ripple and guarantees unimpeded progress towards its goal of obtaining weapons of mass destruction.

In a classic case of disseminating lies, Iran’s latest assertion is that intransigence on the part of its adversaries will “force” it to develop nuclear weapons.

Sanctions relief is being demanded and although Biden has insisted that this will not occur in a hurry the very fact that those appointed to deal with the problem have past failure track records the only question which needs to be answered is who will blink first?

Blinken has already blinked. Reluctantly acknowledging what every kindergarten child should know, namely that Jerusalem is Israel’s Capital, he hedged his bets on sovereignty over the Golan. The rot has not taken long to surface and no doubt further manifestations are in the pipeline.

Meanwhile, the confidence tricksters who control Gaza and the PA are bursting into song as they anticipate the bountiful harvests heading their way. Soon, the office of the Palestine LIBERATION Organisation will be reopened in Washington and dollars will start flowing again into the corrupted bottomless coffers in Ramallah, Gaza and UNRWA. Slayers of Israelis will be assured of a continuing steady income rewarding them for murdering Israelis and all funded by the taxpayers of the USA by courtesy of their Government.

Concurrently the Biden Administration is rejoining the hopelessly corrupt and biased UN Human Rights Council where it will be able by its very presence to legitimize again the condemnations of the worst human rights abusers in the world. Trying to convince us that it’s better to be in than out is a farce because everyone knows that the UNHRC is irredeemably a lost cause.

Employing more tricks than any conjurer can devise Abbas and his colleagues will successfully convince the State Department that fair democratic elections are about to happen. The Europeans including the British will not need convincing because they have always fallen for each and every sleight of hand. The money tap will be turned on full blast and songs of praise will emanate from every terror headquarters.

The Iranian-funded and supported terror groups will bask in the knowledge that they are no longer targets of retribution and that in all likelihood any future Israeli action will attract an avalanche of condemnation, something missing during the last four years. The Houthis in Yemen have already had their terrorist status wiped clean and no doubt other such groups will follow.

The highlight of the week was the decision of the International Criminal Court to unilaterally declare Palestine a legitimate State and accept their demand to proceed with investigating “war crimes” committed by the only country in the Middle East which upholds the rule of law. As several legal experts have already pointed out this has nothing to do with legality and everything to do with preconceived prejudices and acceptance of fictitious mendaciousness. The chorus of joyful oratorios emanating from Hamas and Fatah/PLO/PA sources should prove to all but the deliberately dimwitted that the proposed kangaroo court trial is just another in a long-running series. The Dreyfus saga and the show trials of the Nazi and Communist eras are perfect examples of how true justice can be perfectly perverted. This impending farce against the Jewish State merely follows in the best traditions of Jew-hating.

Happy days are clearly here again at least for those who will be on the beneficent receiving end of the new wind blowing from Washington.

For those of us likely to be negatively impacted it is going to be a case of keeping all our options open.

The days of selling Jews down the river are over.