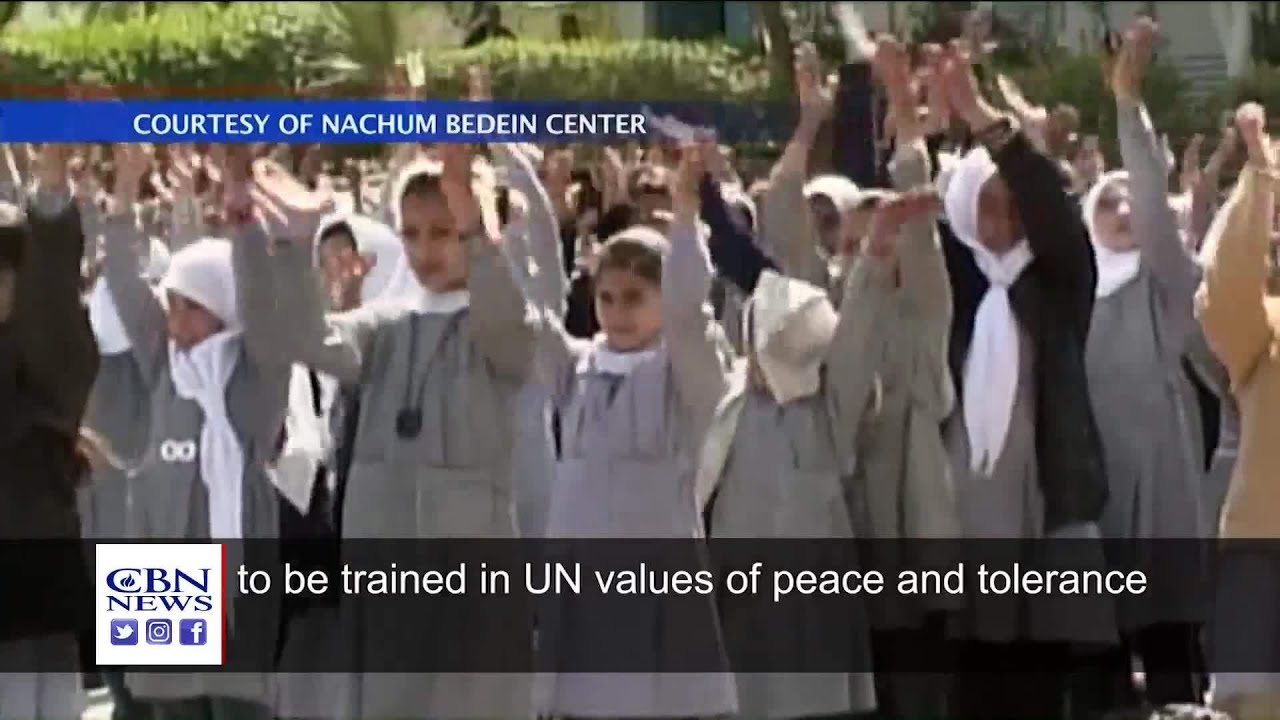 The United Nations body responsible for overseeing Palestinian Refugee Education said recently it had removed violent and anti-Israel content from special materials it published to help Palestinian children study at home during the COVID-19 pandemic. This announcement came after it was challenged by a report from IMPACT-se. But a new investigation questioned that so-called resolution and found the changes didn’t go far enough.

Throughout 2020, Palestinian children like many others around the world couldn’t go to school due to COVID-19.

During that time the United Nations Relief Works Agency or UNRWA, produced and provided the students with material that went way beyond reading, writing and arithmetic.

“We found that it contains various violations of UN values, of UNESCO standards and of UNWRA’s own principles.  These were educational materials, which were distributed to over 320,000 Palestinian children across the West Bank and Gaza,” said Marcus Sheff, CEO of the Institute for Monitoring Peace and Cultural Tolerance in School Education (IMPACT-se).

Sheff’s group examined the material sent to those children and what they found was not good.

“The idea that UNWRA, as a UN organization, is distributing material which, calls on students to defend the motherland with blood.  Or that glorifies terrorists and directs students to terrorists like Dalal Mughrabi, who is in their materials a role model for young girls, somebody who had murdered 38 people, including 13 children on a civilian bus,” Sheff told CBN News.

IMPACT-se produced a report on January 13 that lays out examples found throughout the curriculum.

In mathematics, for instance students are asked to write “The number of martyrs in the first Intifadah” in numerals from written words; a language studies question asks students to find the preposition in a sentence like, “Jihad is one of the doors to paradise;” and in Social Studies, they’re taught “Zionist policy” is responsible for “exhausting Palestinian natural resources.”

Following the January IMPACT-se report, UNWRA admitted to the problem and assured governments it had been addressed. A follow-up study by the IMPACT team, however, shows that was not the case.

“Within these materials, we also found hateful material; material which young people anywhere should not be studying and certainly not being taught by a UN organization,” Sheff said.

“So, you know, I think what we see here is that, you know, UNWRA is absolutely part of the problem in relation to the incitement to young people in the region,” he added.

In one social studies exercise, sixth graders are shown a map of the British Mandate called “Palestine” – that does not include any Israel reference and told:

“Palestine is the geographical area which extends from the Mediterranean Sea in the west to the River Jordan in the east and from Lebanon and Syria in the north to the Gulf of Aqaba and Egypt in the south…Its location gave it strategic importance, making it coveted by invaders and colonial powers,” it says.

And there’s another problem.

“That is if you’ve distributed printed materials to 320,000 children, then you’ve found that you had been distributing hateful material, how exactly did UNWRA get those materials back?  We have no answer to that,” Sheff said.

Former President Trump cut funding to UNRWA because of this kind of incitement in Palestinian schools. President Biden has pledged to resume humanitarian aid to the Palestinians.

Sheff maintains the world should expect transparency from any United Nations body and until UNRWA can prove otherwise, it should be understood the organization teaches hate.