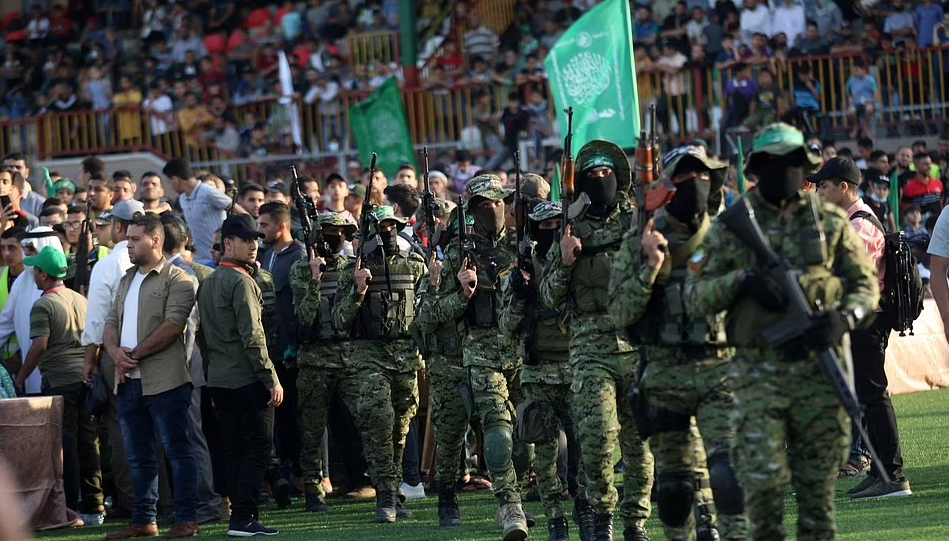 Thousands of Hamas terrorists held an anti-Israel rally in the Gaza Strip while being cheered by women and children a week after a ceasefire with the Jewish state came into force.

The masked members of the Ezzedine al-Qassam Brigades, the armed branch of Hamas – the Islamist group that runs Gaza – paraded through Rafah in the south of the territory.

Riding pick-up trucks, the militants showed off a military arsenal including rocket launchers and a drone as groups of people, including women and children, waved the party flag in support.

Hamas, an Iran-backed terror organisation, has held several post-ceasefire rallies across Gaza, including one on Thursday in Khan Yunis and also in the south of the Israeli-blockaded territory.

It comes as Israeli soldiers shot and killed a Palestinian during clashes in the occupied West Bank on Friday, according to the Palestinian Health Ministry – as tensions remain high in the region despite a ceasefire reached last week between Israel and Hamas that ended 11 days of fighting.

Zakaria Hamayel, 28, was struck by a bullet to the chest in the village of Beita, south of Nablus, during a demo against Israeli settlement expansion on Palestinian land, the ministry said.

A few hundred Palestinians had gathered near Nablus in the northern West Bank to protest. Some in the crowd, with their faces covered by masks, threw rocks at soldiers and burned tyres, witnesses said.

The Israeli military said there had been ‘a violent riot’ at the scene with Palestinians setting fires, burning tyres and hurling rocks at troops, who then ‘responded with riot dispersal means’. 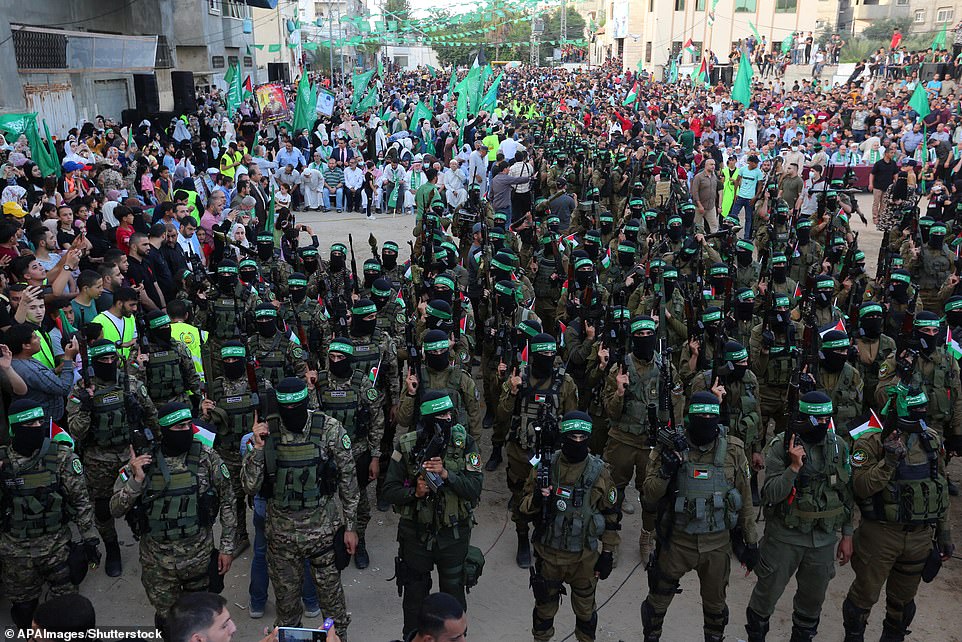 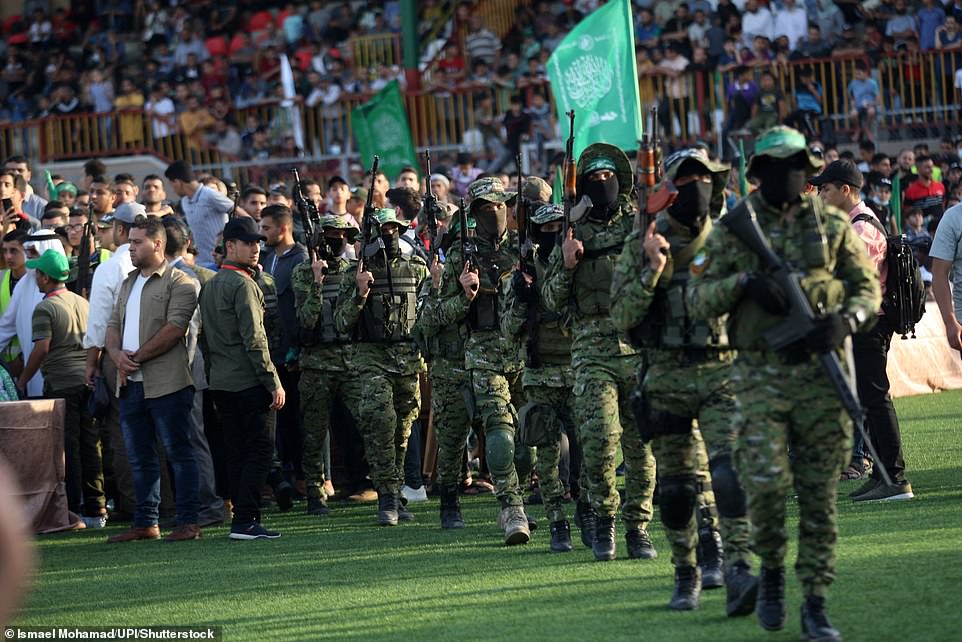 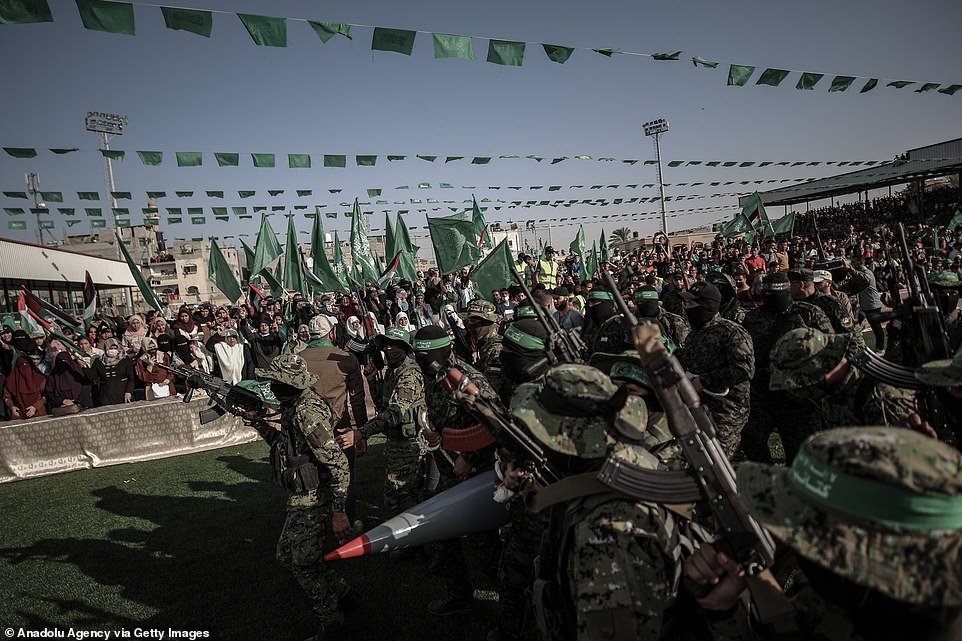 ‘We are aware of reports regarding a killed Palestinian. The cause of the injury is still unknown. The incident is being examined,’ a military spokeswoman said.

An Egyptian-brokered ceasefire that went into force last Friday has so far held, ending 11 days of devastating Israeli bombardment of Gaza and rocket fire into Israel from the coastal strip that started on May 10.

Israeli strikes on Gaza killed 248 Palestinians, including 66 children, and have wounded more than 1,900 people, the Gaza health ministry says.

Rockets and other fire from Gaza claimed 12 lives in Israel, including one child and an Arab-Israeli teenager, an Israeli soldier, one Indian, and two Thai nationals, medics say. Some 357 people in Israel were wounded.

There is controversy about how many of those killed in Gaza were combatants, and how many were civilians.

Israeli Prime Minister Benjamin Netanyahu said Israel’s bombing campaign had killed ‘more than 200 terrorists’ in Gaza, which Hamas has controlled since 2007. But both sides claimed victory after the ceasefire went into force.

On Tuesday, Israeli forces killed a Palestinian man during a raid in the Al-Amari refugee camp near Ramallah. 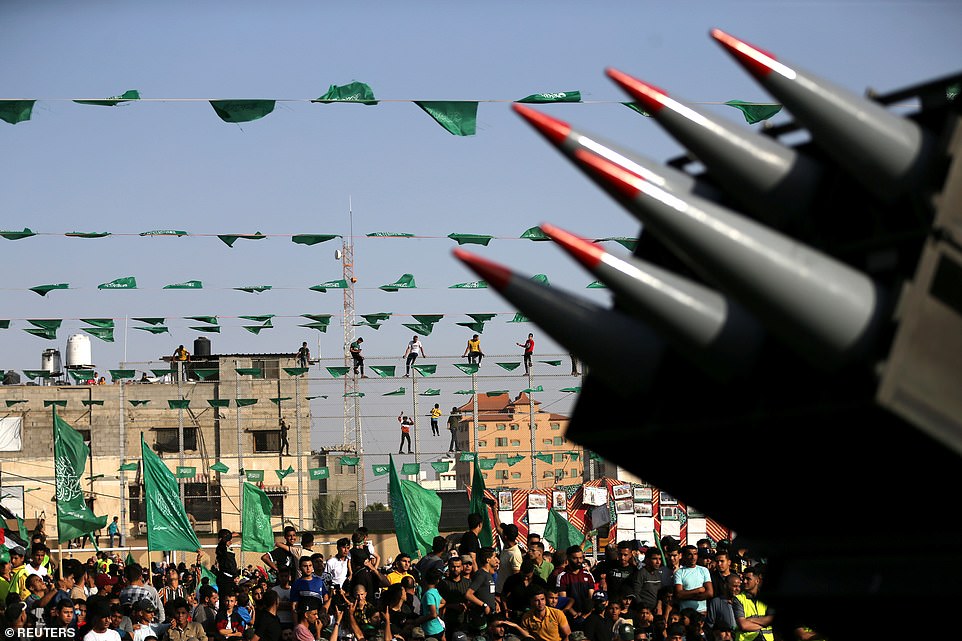 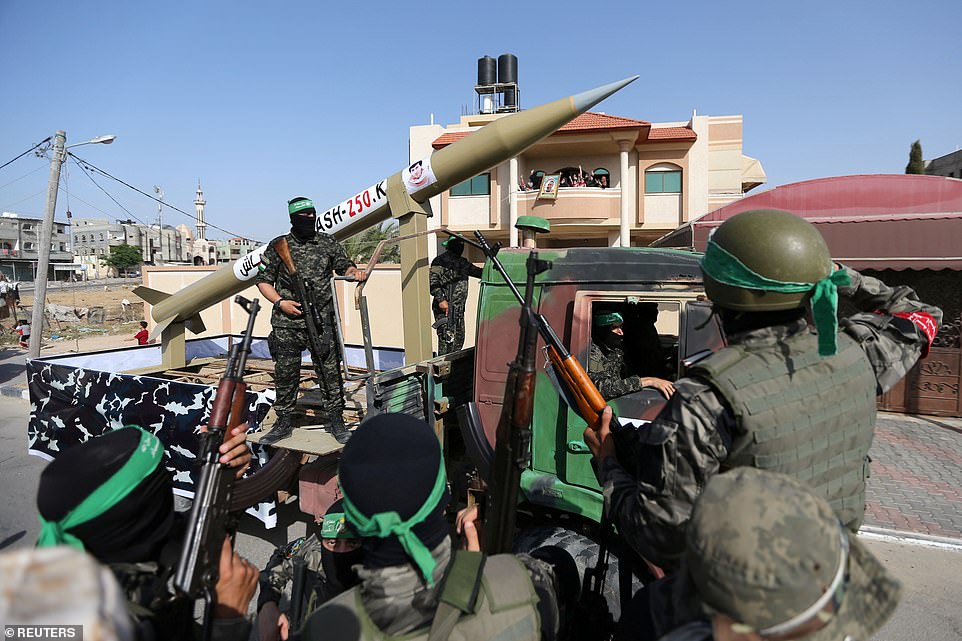 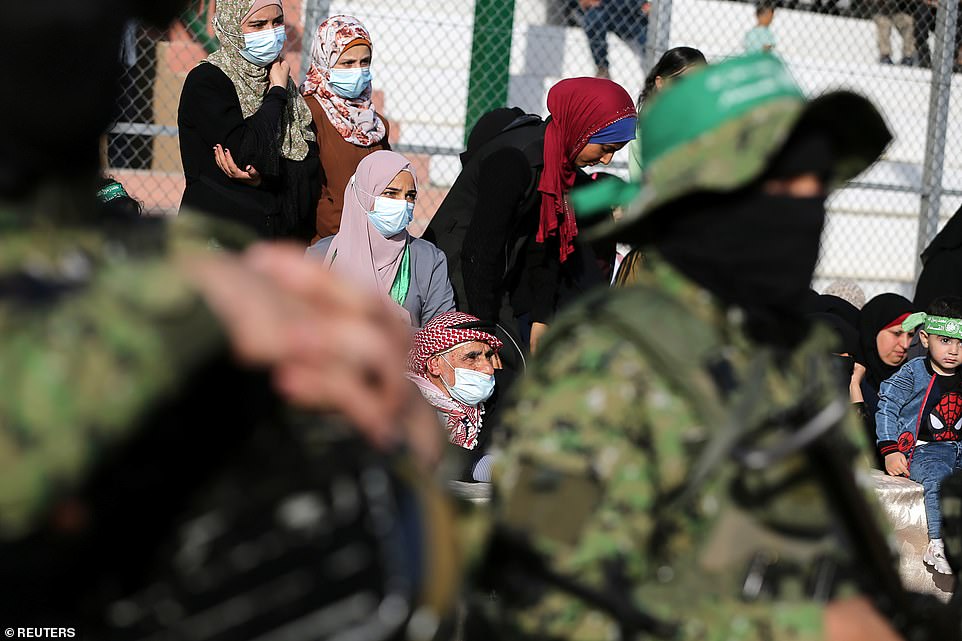 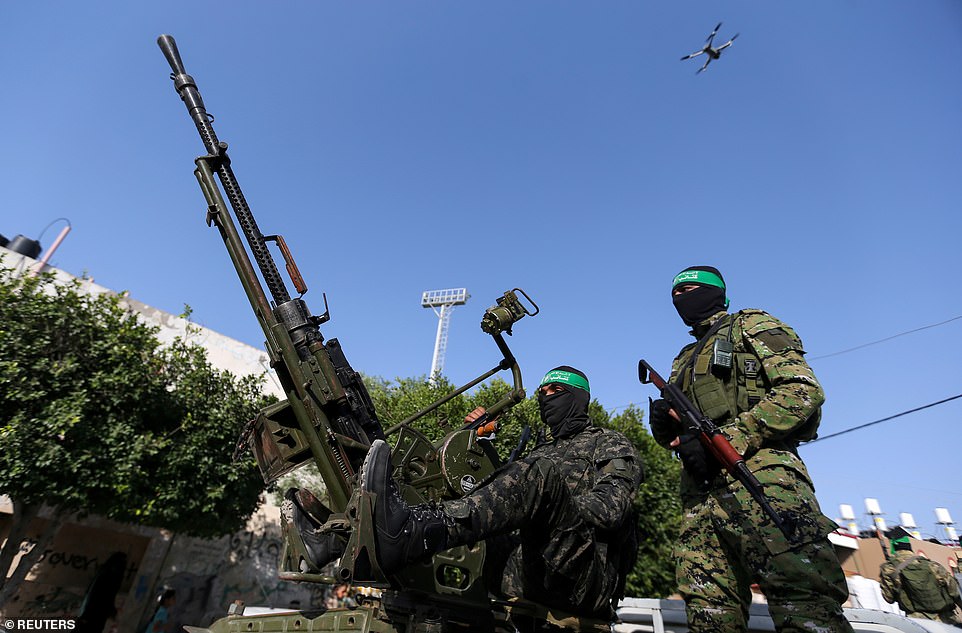 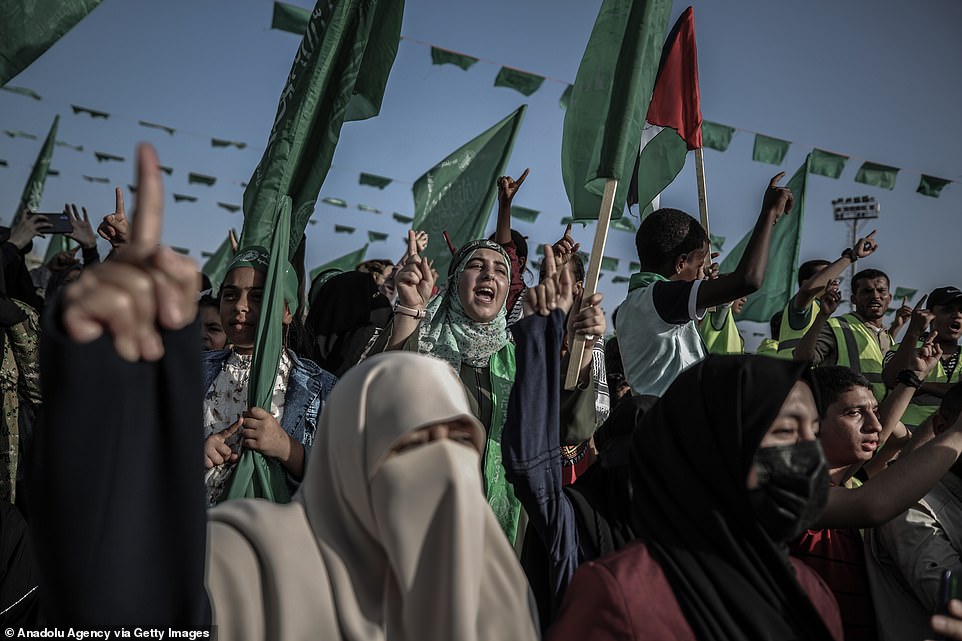 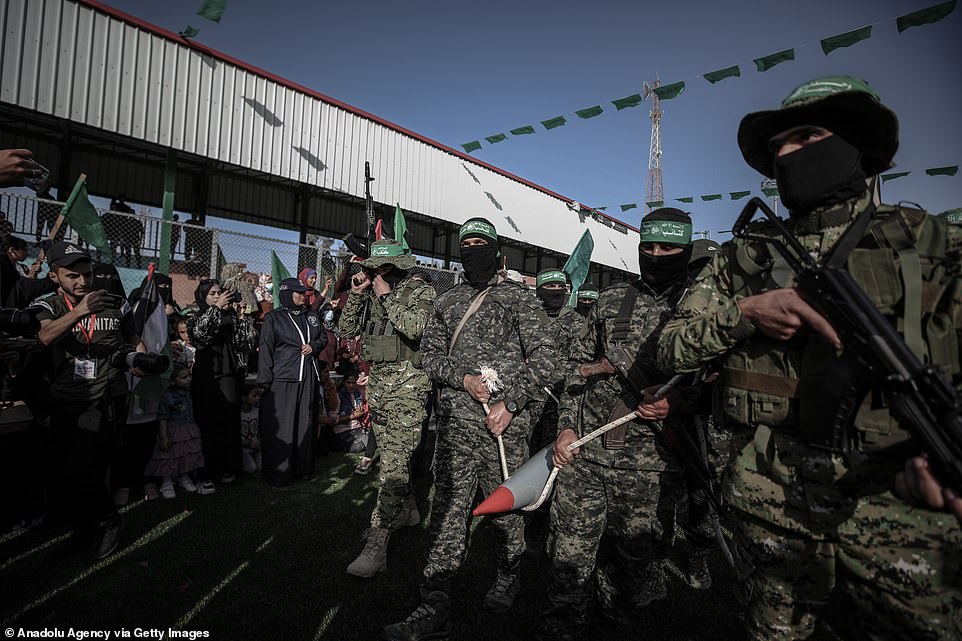 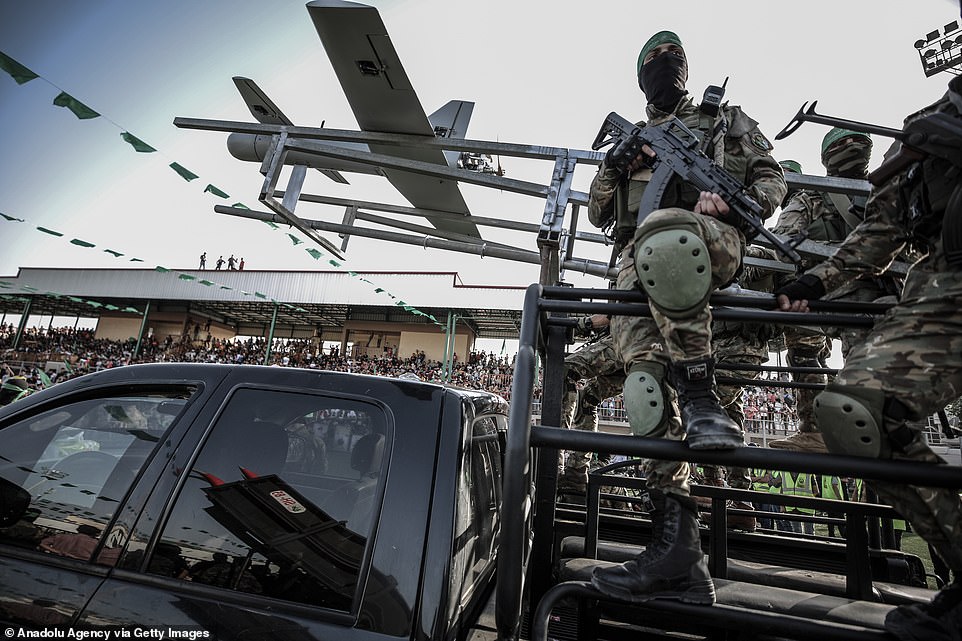 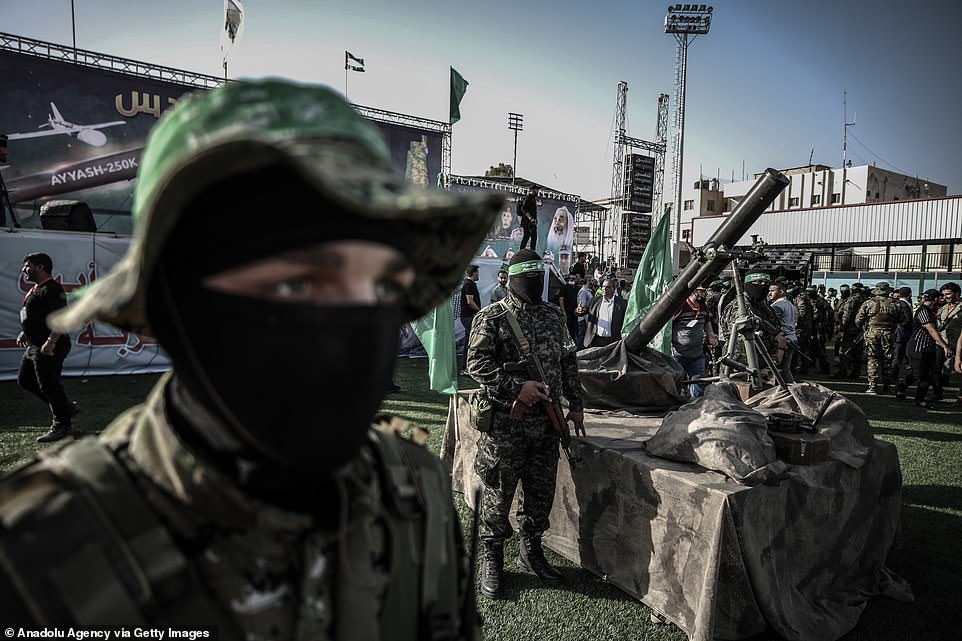 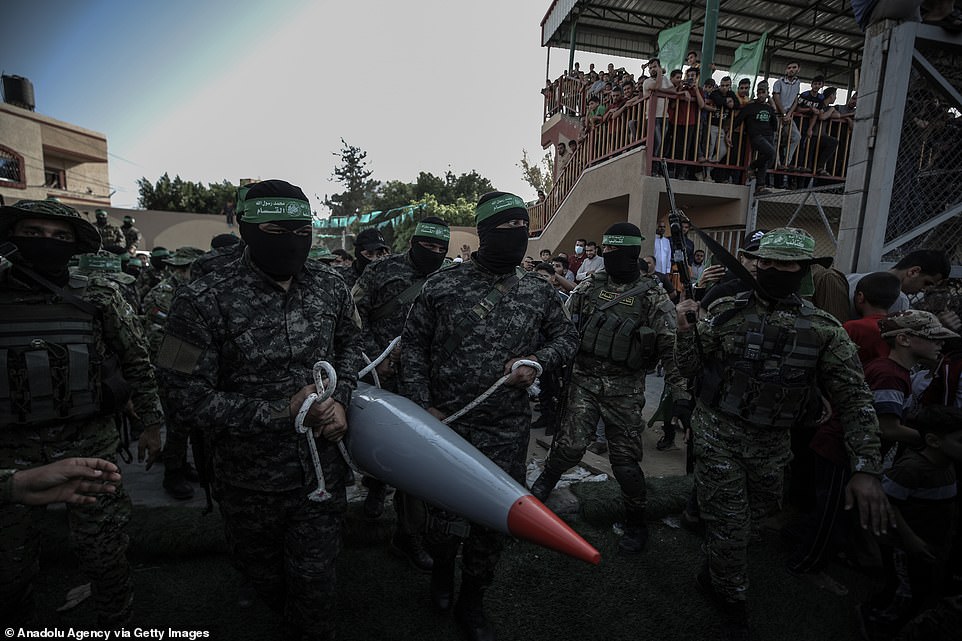 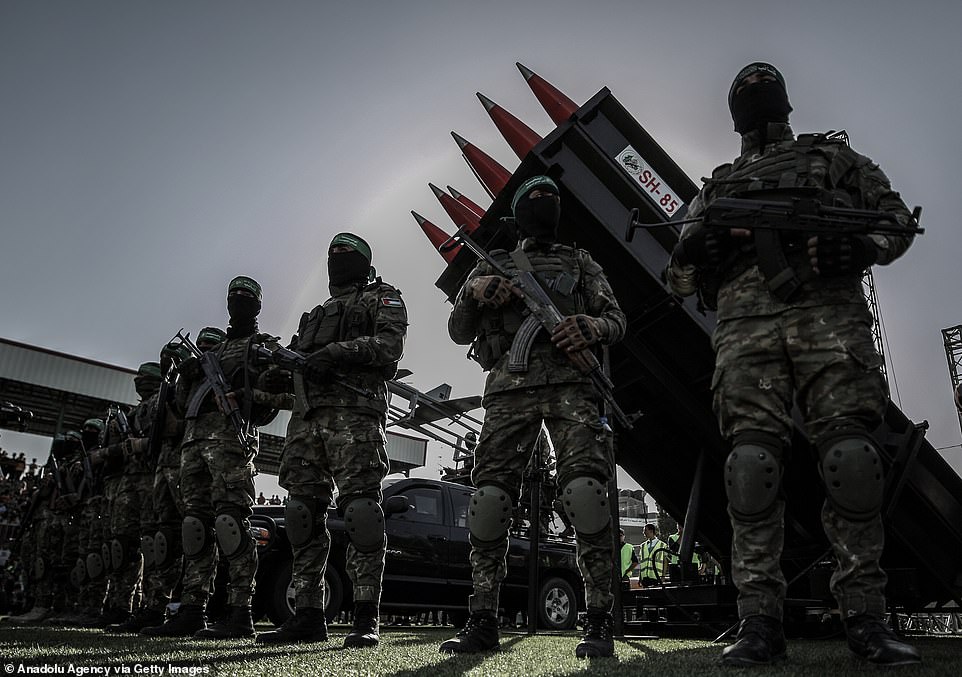 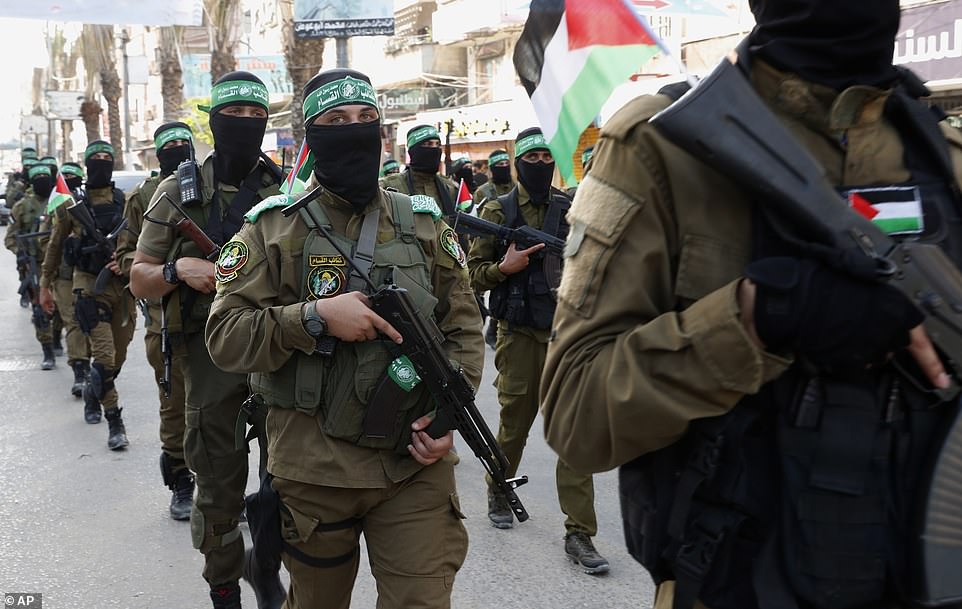 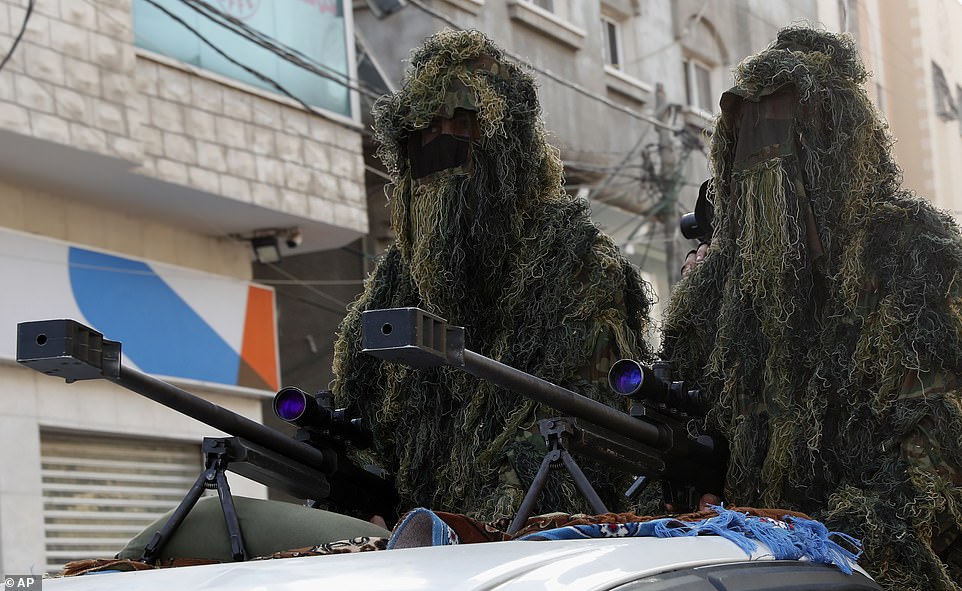 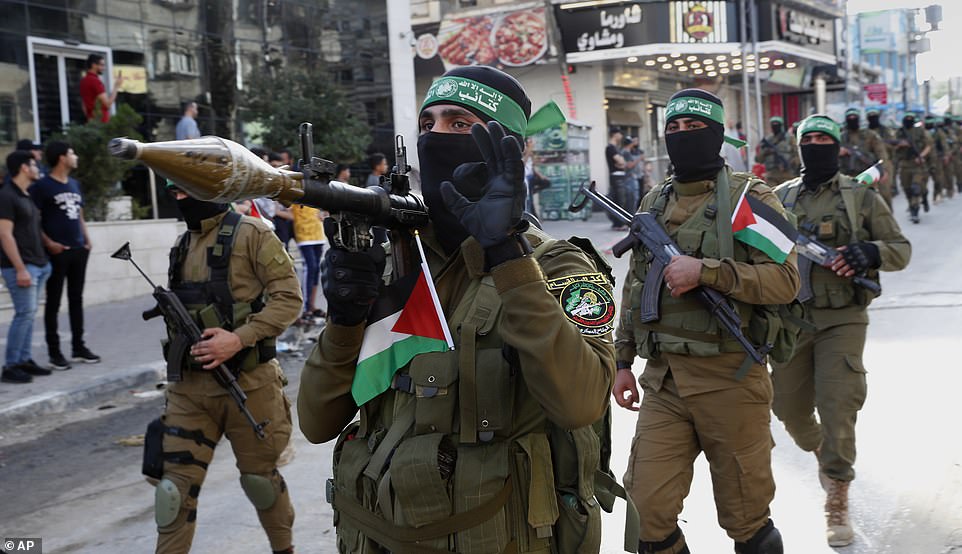 Why is Gaza so often mired in conflict?

The Gaza Strip was pounded this week by hundreds of Israeli strikes from sea, land and air, while the enclave’s militant Hamas rulers fired hundreds of rockets into Israel.

It is the fourth round of major conflict between Israel and Hamas since 2008, with the tiny enclave’s more than two million Palestinian residents bearing the brunt of the deaths and the destruction.

The latest eruption of violence has raised the spectre of another devastating war and once again drawn international attention to the impoverished, densely populated strip.

Here is a look at the Gaza Strip and its place in the Middle East conflict.

Gaza, sandwiched between Israel and Egypt, is just 25 miles long and six miles wide. It was part of the British-ruled Palestine Mandate before the 1948 war surrounding Israel’s creation, when it came under Egypt’s control.

Large numbers of Palestinians who fled or were driven from what is now Israel ended up in Gaza, and the refugees and their descendants now number 1.4 million, accounting for more than half of Gaza’s population.

Israel captured Gaza, along with the West Bank and east Jerusalem, in the 1967 Middle East war. The Palestinians want all three territories to form their future state.

The first Palestinian intifada, or uprising, erupted in Gaza in 1987 – the same year Hamas was founded – and later spread to the other occupied territories. The Oslo peace process in the 1990s established the Palestinian Authority and gave it limited autonomy in Gaza and parts of the occupied West Bank.

Israel withdrew its troops and Jewish settlements from Gaza in 2005, after a second and far more violent intifada.

The following year, Hamas won a landslide victory in Palestinian elections. That triggered a power struggle with Palestinian President Mahmoud Abbas’s Fatah party, culminating in a week of clashes in 2007 that left Hamas in control of Gaza.

Hamas has done little in the way of imposing Islamic law on Gaza, which was already very conservative. But it has shown no tolerance for dissent, arresting political opponents and violently suppressing rare protests against its rule.

The militant group has remained firmly in power through three wars and a 14-year blockade.

Israel and Egypt imposed the crippling blockade after the Hamas takeover. Israel says it is needed to keep Hamas and other militant groups from importing arms. Rights groups say the blockade is a form of collective punishment.

The closures, along with years of misrule and Hamas’s long-running feud with the Palestinian Authority, have devastated Gaza’s economy. Unemployment hovers at around 50%, power outages are frequent and the tap water is badly polluted.

Palestinians face heavy movement restrictions that make it difficult to travel abroad for work, study or to visit family, and often refer to Gaza as the world’s largest open-air prison.

Hamas and Israel have fought three wars and several smaller battles. The worst so far was the 2014 war, which lasted for 50 days and killed some 2,200 Palestinians, more than half of them civilians. Seventy-three people were killed on the Israeli side.

Israel’s air strikes and incursions into Gaza have left vast swathes of destruction, with entire neighbourhoods reduced to rubble and thousands forced to shelter in UN schools and other facilities. Israel says it makes every effort to avoid civilian casualties and accuses Hamas of using Gazans as human shields.

Palestinian militants have fired thousands of rockets into Israel. The vast majority are intercepted by Israeli missile defences or land in open areas, but they sow widespread fear and can bring life to a standstill. Their range has steadily increased in recent years, with some striking as far as Tel Aviv and Jerusalem, major metropolitan areas.

Earlier this year, the International Criminal Court (ICC) launched an investigation into possible war crimes in the Palestinian territories. It is expected to scrutinise the actions of both Israel and Palestinian militants in the 2014 war.

The ICC has also expressed concern about the latest violence.