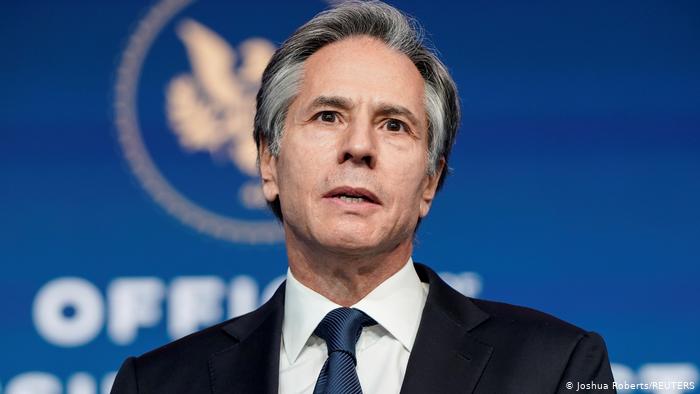 For those uninitiated in the nuances of modern Israeli discourse, balagan loosely translated means chaos or fiasco.

Everywhere one looks these days one can certainly witness a progression of blunders, chaos and fiasco insofar as Israel is concerned. Any sort of logical thinking and common sense policies are absent and replaced by wishful thinking and failed recycled disasters from the past.

With a knee jerk aversion to confronting the sponsors and perpetrators of terror and an automatic reflex reaction of apportioning blame onto Israel, the scene is set for major confrontations not very far down the track. With most international organizations now held hostage by abusers of human rights and very few democracies prepared to challenge this scandalous situation, the prognosis is grim.

The American Administration has reverted to throwing millions of dollars at those who it mistakenly believes it can convince to behave like civilized individuals while it ignores clear evidence to the contrary.

The trail of Blinken blunders up to this time serve as warning signals as to what we can expect going forward.

During his recent lightening one day visit the platitudes gushed forth and confirmed to all but the irredeemably naïve and gullible that we cannot expect anything but more of the same hate and incitement. Knowing what issues from Ramallah and Gaza as well as supporting acts from Amman, Damascus, Tehran and other centres of Islamic fraternal rhetoric, one can only shake one’s head at the banalities expressed.

For example: “I have come to discuss Israelis and Palestinians working together to build better futures.”
“Reconstruction of Gaza will undermine Hamas.”
“US (and UN) will send aid to Gaza via the PA.”
“US will reopen the American Consulate in East Jerusalem for Palestinians.”
“Evicting Arabs from East Jerusalem properties and enforcing law and order on the Temple Mount could lead to violence.”
“Israel must give hope to Gazans; these concerns trump (sic) Israel’s efforts to secure the release of several civilians and the bodies of 2 IDF soldiers held by Hamas.”

Do you get the drift?

We are expected to swallow these pieces of advice, sing hymns of praise and await the dawn of the messianic age facilitated by the Biden White House. Anyone who actually believes that sending millions of dollars to Gaza via the irredeemably corrupt bunch in Ramallah will result in the construction of schools and hospitals would also believe in the tooth fairy. All that will happen is the reconstruction of terror tunnels and the replenishment of rockets, hardly a recipe for undermining Hamas. Reopening the US Consulate in East Jerusalem will merely once again raise unrealistic expectations that half of our Capital is on the chopping block. Evicting squatters who do not pay rent and have no legal title is apparently forbidden to Israel but perfectly normal for the rest of the world. Likewise arresting Arabs who store and use rocks and other missiles in the Al Aqsa Mosque to terrorize Jews specifically from visiting or praying at their holiest site (Temple Mount) according to Blinken should be forbidden lest it provokes further chaos. Likewise giving “hope” to those who launch missiles at us and work energetically to eradicate Israel is more important than the return of our kidnapped citizens.

Can there be more balagan than this? Unfortunately, the answer is yes. As the old saying goes: “you ‘ain’t seen nothing yet.”

In no particular order of lunacy here are some choice examples.

International bodies affiliated or associated with the United Nations continue to display their total irrelevance as far as Israel is concerned. How any self-respecting democracy can justify continuing membership in any of them is a question which is becoming more urgent with every passing day. League of Nations countries which professed a devotion to the rule of law, democratic values and human rights and at the same time did nothing to prevent the catastrophe of 1939, instead preferred to sacrifice small nations and go down with the ship rather than stand up to terrorist bullies. Their successors today are hurtling down the same doomed path preferring to indulge in fantasies while selling out the world’s sole Jewish nation.

Thus, the UN Secretary-General blithely pontificates that now is the time to “start the peace process with the Palestinians” at the same time as Abbas in Ramallah proclaims that “Jerusalem is ours and nobody else’s” and instructs his colleagues to proceed with ICC approval to prosecute Israel for “war crimes.”

The UN Middle East “peace” envoy (a misnomer if ever there was one) sings from the same soiled song sheet as he urges us to “start building Palestine.” Obviously, he preferred not to hear what the PA Mufti of Jerusalem incited when he yet again falsely claimed that the Jews were preparing to destroy the Al Aqsa Mosque.

The French Foreign Minister in true Gallic hypocrisy trotted out the lie repeated by some self-loathing Jewish groups that Israel was headed towards being an “apartheid” state. At the same time, a Sky News correspondent reported that “the success of Israel’s colonization of the West Bank means that the land is slowly being gobbled up by the settlement enterprise.” Add in the chorus of hate from the UNHRC and you have a toxic concoction ready to explode at every anti-Israel demonstration.

The Irish Parliament either befuddled with too much Guinness or high levels of malevolence, unanimously passed a resolution condemning Israel for “annexing Palestinian land.” Ireland is now the leading EU member nation in vilifying Israel. It is in very august company among the Jew-haters of this world. What a pity that severe knowledge deficit and plain old prejudices are still a standard part of Irish life.

In one of those moments when truth is stranger than fiction two recent events remind us of how ludicrously low matters have sunk.

Iran, that bastion of human rights where women are forced to cover up from head to toe has been elected to the UN Commission on the Status of Women. They, together with China, Lebanon and Pakistan, exemplify everything that is rotten today in the corridors of the UN. Demonstrating that anything they can do we can do better, the World Health Organisation has appointed Syria to its Board. This is the country which has used chemical weapons on children.

Does anyone not see that something is seriously amiss when Israel is accused of war crimes for defending its citizens against terror while those engaging, defending and supporting terror are elected and appointed to international groups?

Proving that idiocy keeps repeating itself and that Israel phobia runs rampant, the WHO passed a resolution condemning Israel for violating Palestinian “health rights” in the “West Bank,” Gaza and the Golan. One would think that any self-respecting international group might distance itself from such nonsense especially as the accusation is so patently false, but in today’s version of Orwellian group think, truth is inverted, facts ignored and good old prejudices are recycled. The worst aspect of this farce however is the list of countries which co-sponsored and voted for this verbal pogrom against the Jewish State.

The resolution was co-sponsored by such shining beacons of human rights as Cuba, Iraq, Libya, Pakistan, Qatar, Syria, Turkey, Venezuela and Yemen amongst others. It was passed by 82 countries in favour, 14 countries against, 40 abstentions and 38 countries that were too cowardly to turn up and vote. Australia, to its credit, showed moral clarity and voted against this travesty. On the other hand, New Zealand once again sided with the immoral majority and voted in favour. One would have thought that having previously co-sponsored with Venezuela the infamous UN resolution denying any Jewish legitimacy in Jerusalem, that this time around they might have rectified their original sin. Unfortunately standing up for truth and democratic values is not part of New Zealand’s agenda where Israel is involved. It is a shameful display of double standards, hypocrisy and moral cowardice.

Blunders and balagan abound most of which go unreported in the media. Stay tuned for further revelations.