Britain needs to act to make sure taxpayer money does not fund anti-Jewish hatred in Palestinian textbooks, MPs and communal figures have said.

The call comes after the long-delayed publication of a EU-commissioned study into Palestinian Authority textbooks, which found examples of incitement and antisemitic stereotyping of Jews.

While the report’s forward states the books adhere to UNESCO standards, it also found examples of “ambivalent – sometimes hostile – attitudes towards Jews and the characteristics they attribute to the Jewish people.”

A recent Jewish News investigation revealed how Britain spent an estimated £105 million on Palestinian education professionals, including on the salaries of teachers who write the textbooks, over five years.

The UK and the PA have an agreement which commits the PA to curriculum reform. In 2017-8, ministers deemed that the agreement was met, but admitted that the contents of the curriculum were not taken into account.

Ministers have also refused requests to publish the government’s annual internal reviews of the PA’s compliance with the “curriculum reform” target.

In RE textbooks, the review found “frequent use of negative attributions in relation to the Jewish people in, for example, textbook exercises suggest a conscious perpetuation of anti-Jewish prejudice.”

One such example asked students to discuss the “repeated attempts by the Jews to kill the Prophet” and then asked them to think of “other enemies of Islam.”

Another text “portray[ed] the ‘Jews’ as deceptive, cowardly and aggressive protagonists”, which also left it open to students to suggest “a violent solution to the conflict with the ‘Jewish Zionist occupation’”. 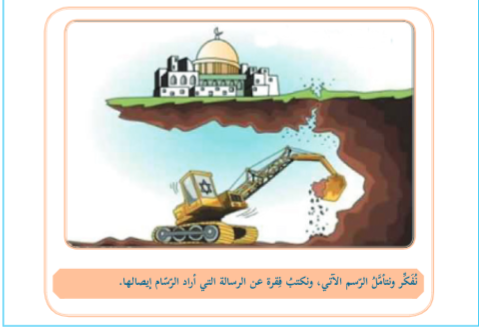 Conspiracy theories were also found, such as a claim that Israel removed the original stones from buildings in East Jerusalem and replaced them with “Zionist drawings and shapes.”

Maps often do not display the existence of Israel, instead displaying the area between the Jordan river and the Mediterranean Sea as Palestine.

“After a decade of prevarication and denial, it is essential that the UK now acts to end its facilitation of this extreme curriculum,” said Stephen Crabb MP, chair of Conservative Friends of Israel.

“British taxpayers will be understandably appalled to learn they have been paying the salaries of teachers to produce and teach this hate filled material.”

Steve McCabe MP, of Labour Friends of Israel, urged the Foreign Secretary to give a statement about the findings in the House of Commons, questioning whether the UK will “immediately suspend” any taxpayer money going towards the implementation of the curriculum.

“It is totally unacceptable for the UK to be bankrolling the indoctrination of Palestinian children in this way,” he said.

Board of Deputies vice-president, David Mendoza-Wolfson, also called on the government to ensure no taxpayer cash funded anti-Jewish hate.

“The report confirms that the curriculum contains antisemitism, glorifies acts of terrorism, negates Israel’s right to exist and includes messages that exacerbate the conflict,” he said.

The government has long insisted that UK aid money does not go towards textbooks in the Occupied Palestinian Territories.

But responding to questions from Jewish News earlier this year, it did not address questions of whether aid money paid for salaries of teachers who write the textbooks.