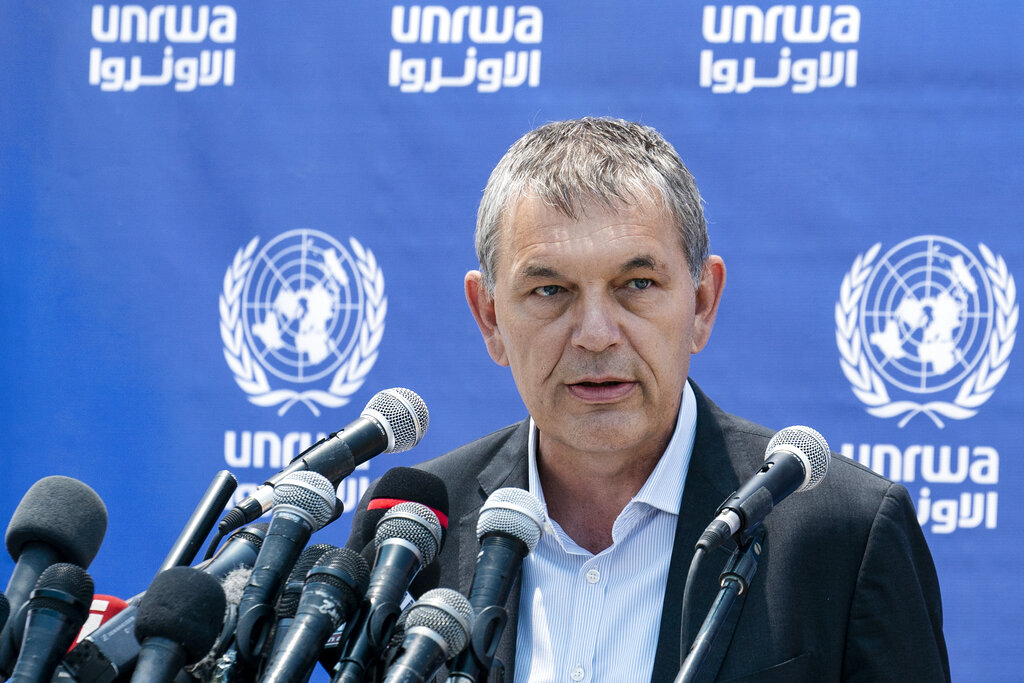 Israeli officials are up in arms over the UN agency for Palestinian refugees’ refusal to take action against employees who incite violence and promote antisemitism online.

A report by UN Watch, a Geneva-based nongovernmental organization that monitors UN activity, found 113 instances of incitement to violence by UNRWA staff, in clear violation of UNRWA’s rules.

Among the social media posts cited by UN Watch was one from math teacher Nahed Shrarawi in which she shared a video that included an image of Nazi leader Adolf Hitler along with inspirational quotes. Another UNRWA teacher in the West Bank by the name of Husni Masri shared a post promoting conspiracy theories about Jews, including that Jewish people want to rule the world and destroy Islam and were responsible for the coronavirus.

According to UN Watch, incitement to violence and hatred among UNRWA’s 30,000 staff members is a far greater problem than the report shows as the incidents included in the report pertain to those with Facebook accounts who openly identify as agency employees.

UN Watch emphasized that since UNRWA has not fired or taken any administrative action against those behind the inciting posts despite requests from the NGO, the agency was fully responsible for their actions.

Israel’s Ambassador to the UN and the US demanded UNRWA Commissioner-General Philippe Lazzarini take action against those cited in the UN Watch report. The UN body, however, rejected Erdan’s demand, announcing it would host a workshop for employees on the issue instead.

Erdan rejected Lazzarini’s solution, retorting: “You cannot correct hatred for the Jewish people with a workshop for how to use the internet.”

In a letter to Lazzarini, he insisted that if the UN agency “is indeed committed to a ‘policy of zero tolerance toward hatred and antisemitism,’ then the answer must be immediate dismissals and not participating in a ‘tolerance workshop.'”