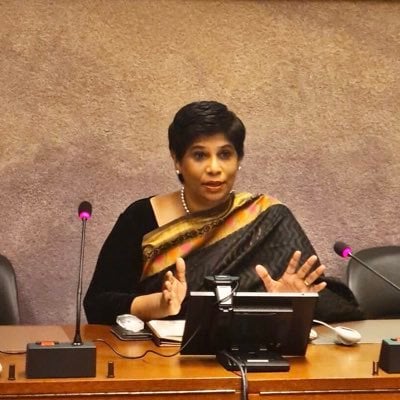 The president of the UN Human Rights Council shut down Saturday the Zoom testimony of an expert group on UNRWA teachers’ anti-Semitism because she considered it an unacceptable personal attack on the educators.

Hillel Neuer, the longtime head of UN Watch, had begun listing anti-Semitic statements made by specific educators in Palestinian schools run by the international body in Gaza and Judea and Samaria.

After naming two teachers, one who posted to Facebook a video he had shown his class of Hitler and the other who posted conspiracy theories about how Jews control the world and created the coronavirus, chairwoman Nazhat Khan cut him off the feed.

“I have noticed that in the course of this video, derogatory, insulting and inflammatory remarks have been made which in particular refer directly to specific individuals,” she said. “This amounts to personal attacks against those individuals and it is not acceptable in this forum. This statement is out of order.”

Hitman hired by Iran to assassinate Israelis arrested in Cyprus

She then allowed a speaker from an organization that according to Israel, coordinates Hamas activities in Europe. Hamas is considered a terrorist organization by several European countries as well as Israel and the United States.

Neuer reacted by tweeting his “thanks” to the president for “confirming that UNRWA teachers’ public Facebook posts praising Hitler and spreading antisemitic conspiracy theories are derogatory, insulting and inflammatory.”

He also made it clear that Khan was in the wrong.

“UNHRC Chair Nazhat Khan is making up a rule that does not exist,” he wrote. “I have every right to quote the racist Facebook posts of UNRWA teachers—funded with hundreds of millions by U.S., Germany, EU, Canada—and to name them.”

UN Watch, an NGO whose stated mission is “to monitor the performance of the United Nations by the yardstick of its own Charter,” published a report in August listing over 100 UNRWA teachers and staff members in Arab countries, the Gaza Strip and Palestinian Authority who publicly deny Israel’s right to exist, glorify and incite anti-Semitism and terrorism in their classrooms.

This directly contradicts UNRWA’s public commitment to the U.S. in July not to support terrorism directly or indirectly, nor “take sides in hostilities or engage in controversies of a political, racial or religious or ideological nature.” In return for the Biden administration’s renewal of funding to the tune of $150 million, the organization had promised “clear, consistent and prompt administrative action for staff violations of UNRWA’s Neutrality Framework.”