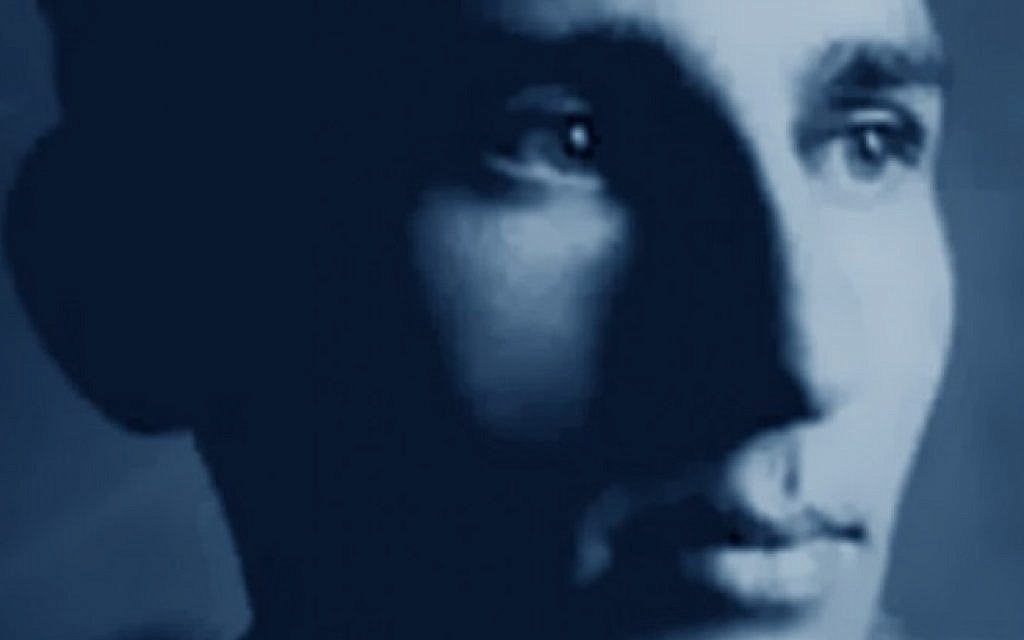 (personal recollections from Yaakov Orenstein, z”l, Lechi member)
For eight months since I arrived in Tel Aviv until my arrest, I met with Yair almost every day. We lived on Rines Street in a rented room. We told the landlords that we were students. That eased the mind of the landlord who heard the typewriter day and night through the walls. The meetings with Yair were in my room, and I expressed my opposition to this arrangement. I was worried about his safety, and I was concerned that this would arouse suspicions among the neighbors. Most people belonged to the “Hagannah”, and the members of the “Hagannah” had an explicit order to report to their commanders anything they may know about the “Stern Gang”.

Despite all that has been written about him, Yair remains a mysterious figure to this day. And the truth is, there was something mystical about him, even for those people who knew him up close. He never would have noticed it – I never met anybody so unpretentious in my life. But every once in a while, when having a heart to heart, one can suddenly notice a subtle facial expression, and a kind of mist surrounding him, as if he was on another planet. The burden of the underground was taking its toll on him. He wasn’t afraid, but his concern for the fate of the underground weighed heavy upon him.
He knew, without a doubt, that he was going to be killed by the enemy. And he would often urge me to hurry and finish up some project I was doing before his end would come. One evening, he sat in my room, and we went over the mail that came in from the prisoners. There was a plan to break out the prisoners so they can return to action. In one of the letters, it was written that we shouldn’t be in such a hurry to carry out the plan. He read the letter a few times and finally said with some anger: “I don’t understand them. Nothing really happened to them. All that happened, is that they were arrested, and one of these days they’ll leave the prison, either by escaping or after the victory. Don’t they understand that the decree against me is something entirely different? They are not going to arrest me, they are going to kill me without hesitation”. I was stunned to hear this, and I tried to contest his words, but he stopped me and refused to speak any further on the subject.

I remember one time when he got angry with me. At the time, I didn’t attach any importance to it. I was working on the next underground publication, called “The Underground”. It was coming out for Chanukah, 1941, and I decided to publicize on the first page the song “Maoz Tzur”. The song has six stanzas, and the sixth and final stanza is “Bare Your Holy Arm”… but that stanza is less known, and one doesn’t’ usually sing it when lighting the candles, so I decided to remove the sixth stanza from the song. Yair came that evening to go over the content of the publication. He immediately noticed the omission of the sixth stanza and asked me why is it not in the text. He was under the impression that I didn’t know that the sixth stanza existed, but I explained to him that I purposely left it out, because I wanted to publicize the song, not for religious reasons, but for national ones. In my view, the song “Maoz Zur” could be the anthem of the underground movement, except for the sixth stanza, which attributes the redemption to G-d, and this is an exilic approach that runs counter to the understanding that the obligation is UPON US to liberate the homeland from the enemy and not to rely on miracles.
AND THEN ALL HELL BROKE LOOSE! From the day that I met Yair, I knew that he had strong religious sentiments, even if he didn’t fulfill every single mitzvah. But I never realized how important the Jewish religion was to him. “The religion of the Jewish nation”, he said angrily, “isn’t like all the others. It’s not just about having faith. If there is no religion, there is no Judaism. We’re not doing this to redeem ourselves. He who doesn’t understand the importance of religion and how it relates to Jewish nationalism will eventually lose his way, and one can never trust him. Look and see, all Jewish heroes were people that believed with complete faith in G-d’s assistance. That is the nation of Israel. That’s its true character. I’m not leaving here until you put in that sixth stanza, and I hope that from now on, we won’t have any more such arguments. After all, that’s the reason that I refused to back down on including the clause of ‘rebuilding of the Holy Temple’ when I wrote ‘the Principles of Rebirth’… (ed: the 18 Principles of the Lechi” written by Yair), even though I knew that many would leave the movement because of it.

Today, with the passing of time, I understand now this wasn’t just some insignificant incident where Yair temporarily lost his temper. I realize now that it was precisely at that point when he attacked me, that I saw him for what he was: it’s like he revealed to me the source of his faith and essence. He wasn’t dedicating the best years of his life to the underground because of cold political considerations. It seems that he had, what mystics call, a revelation. He believed with all his heart that the homeland can be liberated through power and might, and it will happen soon – but the concept of power and strength doesn’t contradict the Jewish religion. The opposite. He held that the Jewish religion obligates us to make great sacrifices to liberate the nation. I did not see him in the final months of his life, but people who were with him say that he started to fulfill all the mitzvoth and wear tefilin…

Center for Near East Policy Research - January 17, 2022
Throughout my youth, I retained an obsession with the history of World War II and the Holocaust. I always asked myself: “What led to...