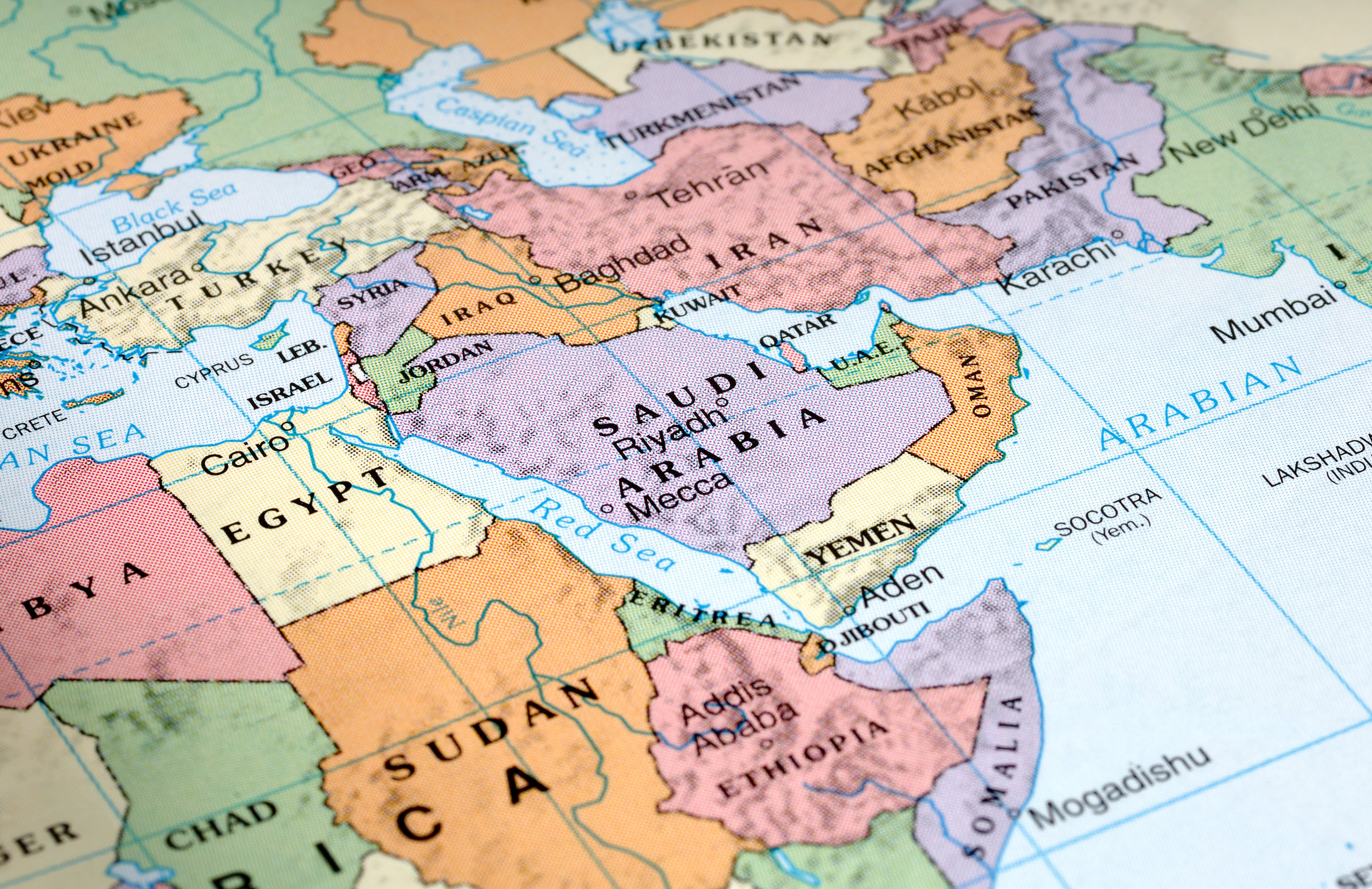 As the well-known saying proclaims, actions speak louder than words. If our actions don’t change, the words become meaningless.

This was never truer than at the current time.

History provides us with plenty of examples where rhetoric and verbal acrobatics have been diametrically opposite to actual events. Politicians and those tasked with pulling the wool over the public’s eyes have long revelled in the art of declaring one thing and then doing the complete opposite. It seems if we survey current events closely enough that the ability to excuse, deny and dodge has been honed to a higher level than ever.

Unfortunately, the gullibility factor of individuals has also increased so that with the availability of sustained social media and spin experts meaningless words can nowadays gain much faster traction. Although access to alternative narratives is now more readily available the sad fact is that disinformation and misinformation proliferate that much more rapidly.

Despite all that has occurred in the recent past, the same poisonous seeds of hate and incitement, fertilized with ample doses of doublespeak, still germinate to produce lethal quantities endangering many in various parts of the globe.

On the other hand, there are also many instances where words become meaningful because their malign message is ignored, buried or not taken seriously.

To our everlasting cost, we now know that if the western democracies and most of the Jewish leadership would have taken German intentions seriously in 1933 the catastrophe which ensued may not have happened. Appeasement in the face of terror combined with a misguided sense of security contributed to the tragedies which followed the publication of Mein Kampf where the agenda was clearly articulated.

Hindsight of course is a wonderful thing only if we internalize the lessons of the past and do not endlessly repeat them. Unfortunately, when one surveys current developments the inevitable prognosis is bleak indeed.

Today’s Russian/Ukrainian situation has eerie echoes of the pre-war Czechoslovakia debacle. Back then the Sudeten province of Czechoslovakia was sacrificed and annexed by Germany. This of course was a prelude to the inevitable demise of the rest of the country which was facilitated by a basic refusal to stand by a small democracy facing a far superior neighbour intent on territorial conquest. Today, Crimea has already been sacrificed and now we are waiting to see how long it will take for the rest of Ukraine to be offered upon the altar of meaningless words and immoral inaction.

In the 1930s Jews had very few places to run to and as the decade progressed the gates slammed shut. Today there is a guaranteed haven but even that lifeline is ignored by the majority of Jews. Given the sordid history of pogroms and massacres do any of them seriously believe that they will not be prime targets regardless of the outcome? As Biden waffles and the democracies huff and puff the scenario increasingly looks like a rerun of past disasters.

If China can snuff out Tibetan independence, incarcerate its Moslem minority in re-education camps, plan a takeover of Taiwan and be rewarded with hosting the Winter Olympics, is it any wonder that others with grandiose imperial designs think that they can conquer and get away with it?

Iran has already successfully gobbled up Lebanon, Syria and part of Iraq and has its eyes firmly focused on eliminating Israel. Thanks to the desperate desire of the Biden Administration and the EU to accommodate Iranian duplicity we shall soon witness another sell-out. Soaring rhetoric and empty words will be followed by catastrophic actions and as usual, we will be forced to act alone. Meanwhile, Russia and China join with Iran in joint naval exercises which give a whole new meaning to their gratuitous expressions of friendship.

Recently Chinese and Israeli leaders exchanged mutual congratulations on the occasion of 30 years of diplomatic recognition. Completely absent of course from the mutual back-slapping was any demand that China demonstrates how meaningful its words are by pointing out that voting against Israel at the UN at every opportunity is hardly an example of admiration or support.

Of course, the same observation could be made about New Zealand whose declarations of undying friendship are followed up by consistent voting to condemn Israel at the UN.

Some people still think that salvation and redemption can come from the UN. Unfortunately, they have forgotten that its predecessor, the League of Nations failed miserably while Italy devoured Abyssinia and Germany annexed its neighbours. The UN these days is only fixated on Israel while proving impotent on real threats to world peace.

The UN is not by any stretch of the imagination the sole practitioner of meaningless words and malign actions. The latest example of how to use language to lynch those you hate is provided by Amnesty International which has just produced a report labelling Israel as the “apartheid” nation, guilty of war crimes and accused of “racial domination.” Actually their bottom line is that Israel was conceived in sin and everything that it has done since 1948 is a crime against humanity. Amnesty’s track record as far as Israel is concerned is well known but that does not prevent the poisonous lies from mutating and infecting numerous other groups. It should be noted that the New Israel Fund financially supports Amnesty International and other similar birds of a feather.

If one needs proof of how gross ignorance fosters meaningless but very harmful words one only needs to look at the latest blooper from aptly named Whoopi (Whoops) Goldberg who asserted on TV that Jews were not murdered during the Shoah because of their race but because they were white. Although she subsequently apologized the damage had already been done.

Likewise, a prominent American Presbyterian Pastor accused Israel (on Martin Luther Day no less) of enslaving Palestinian Arabs. Slowly but surely these hateful words become part of the incoming tide of hate and incitement against not only Israel but Jews everywhere.

The greatest exponents of how the pandemic of hateful words can gain traction and become embedded in the minds of the masses continue to be provided by those whom the international community coddles, funds and tolerates. They cover a large swathe of the Islamic world and as a result, even those living in democratic countries are being infected with lethal consequences.

The late unlamented Arafat’s closest disciple, President for life Abbas, is one of the leading exponents in the use of doublespeak. He sets the gold standard whereby all other inciters of hate against Israel & Jews, whether they are his fellow Arab/Islamic acolytes or groupie hangers-on worldwide, can emulate his example. The amazing yet not unexpected indifference of the media and international bodies to this constant stream of invective and slanders proves that spreading these lies is a winning strategy.

Take the case of textbooks used in PA/Hamas and UNRWA schools. The EU, after being presented with irrefutable proof that the textbooks contain incitement to violence and hate of Jews and Israel, demanded an explanation from Ramallah. A promise to change the narratives was subsequently made by the PA. Lo and behold and not a surprise to any intelligent observer, Abbas then defended the textbooks as “merely expressing the Palestinian narrative.” Needless to say this latest pronouncement produced neither sanctions nor any rebuke from those quarters which usually condemn Israel.

You don’t need to take my word for this. Take a look at the evidence kindly provided by PMW and MEMRI.

As incitement and the most outrageous indictments against Israel proliferate, the stunning silence accompanied by meaningless or meaningful words by the UN and member nations should alert us to history’s lessons.

Pre WW2 an international conference was held to discuss how to deal with the increasing number of Jews attempting to flee the impending catastrophe. Nothing was achieved because none of the democracies wanted to admit Jews in any numbers to their countries.

Hitler and his associates took note of this reluctance to come to the aid of defenceless Jews and quite rightly concluded that they could get away with murder and not suffer any serious consequences.

Today, those plotting the same campaign of delegitimization, boycotts, sanctions and exclusion also note the reluctance of world bodies to extend any meaningful solidarity. They hear the same weasel words and they know that when it comes to the crunch they can pass any sort of resolution at the UN targeting Israel.

The big difference of course between then and now is the fact that most Israelis are no longer prepared to meekly await their internationally ordained fate.

Jew and Israel bashing should and will be met by a solid determination to fight back and grow stronger.