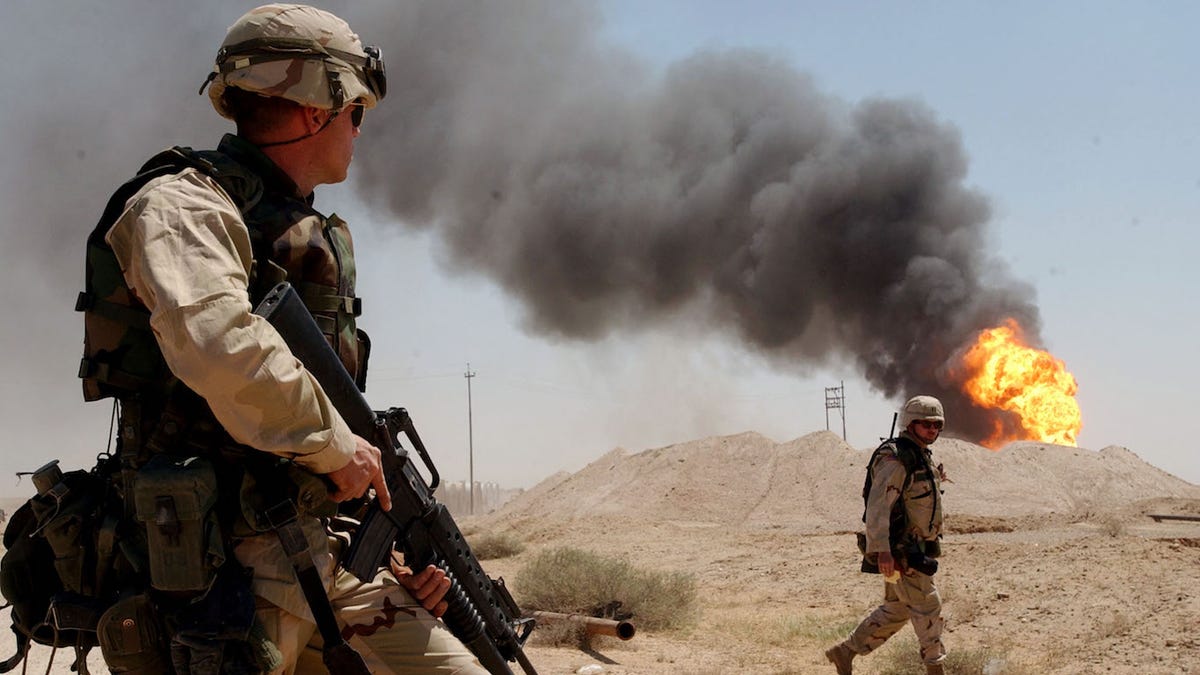 Quote: “There is something coming this way and I don’t want to be here when it arrives.”

Surveying the current international scene one cannot escape the inevitable conclusion that there is a multitude of potential disasters heading our way at breakneck speed.

Although some may still have a chance to get out of the way most of us have no choice other than to face the impending train wrecks.

While temporary band-aid fixes may delay the inevitable chaos it is a certainty that unless the lessons of the past are internalized we are headed down the same dead-end roads. Sweeping problems under the carpet and kicking them away for someone else to solve merely postpones the day of decision. It also emboldens those who threaten our democratic liberties and very lives to embark on ever more outrageous activities.

Those threatening our lives have an enormous advantage.

They sense the weakness and moral cowardice of the democracies and like the German Nazi regime before them they will plot their nefarious schemes accordingly. Every concession to terror, every gesture of appeasement and every sign of reluctance to stand with allies in any meaningful manner, will be a sign that they can literally get away with murder.

None of this is rocket science.

It is the law of the jungle, especially in a world where the institution originally created to prevent these scenarios has now been fatally infected with mankind’s longest surviving virus. When the United Nations and its associated groups can ignore gross human rights abuses and instead concentrate all its venom on the world’s only Jewish State then we know with absolute certainty that what is heading our way will have dire consequences.

The Ukrainian debacle is inexorably unfolding according to a well-defined script which any student of history or someone alive in the late 1930s would instantly recognize.

In the 18 February print edition of the Jerusalem Post, a prominent headline made me sit up in amazement. It read as follows:

“Harris off to MUNICH to reassure an edgy Europe.”

Obviously, the journalist responsible or perhaps his/her editor had no clue whatsoever as to the irony of this headline. How many readers picked up on this seemingly innocent statement? My guess is that very few gave it more than a second’s thought.

Therein lies the root of why today’s politicians, decision-makers and media purveyors of misleading news are blindly and blithely traipsing down the same old failed routes.

The last time a politician travelled to Munich to reassure an edgy Europe was Neville Chamberlain’s pilgrimage to appease Hitler and sell Czechoslovakia down the river. He succeeded brilliantly in this task and an edgy Europe at the time ecstatically embraced his “peace in our time” hallelujah” chorus.

Sending Vice President Harris of the USA as Joe Biden’s representative to Munich was a far more pathetic exercise as her grasp of the situation is almost zilch and her ability to reassure anyone is non-existent. Back in 1938, the French were desperate to avoid conflict and treaties notwithstanding, not a single democracy was prepared to snuff out Hitler’s territorial ambitions. Even when Poland was attacked in 1939 nothing could save it from being ravaged because years of impotent appeasement had merely emboldened the German plan for territorial conquest.

Today’s situation is almost identical. Frantic diplomatic posturing, empty threats and futile summit powwows only exposed the transparent lack of will to support Ukrainian sovereignty. The hollowness of any “guarantees” can already be seen as the USA suggests that the Ukrainian President should relocate to safety in the west of the country and futile appeals to an impotent United Nations are as effective as p……. in the wind. Biden suggests that the world pray for Ukraine and others issue meaningless hot air slogans. Futile international gestures such as lighting up cities in Ukrainian national colours and appeals for “peace” will of course not help the situation. It merely exposes the transparent bankruptcy of those who could have thwarted this in the first place.

The Russians, Chinese, Iranians and North Koreans having witnessed the debacle in Afghanistan and realizing that when it comes to the crunch neither the USA nor the UK and certainly not the EU will thwart terror and territorial ambitions in any meaningful way, can now plan their future strategies with confidence. Taiwan and South Korea should be taking note.

This should definitely be a sobering lesson for Israel. Once again it demonstrates the futility of relying only on the promises and “we’ve got your back” guarantees of those whose first actions when push comes to shove is to run to the UN and huff and puff with hot air. Sanction threats may sound impressive but as we can see with Iran unless there is a willingness to maintain them for the long haul and prevent rogue nations from circumventing them, that route is a dead end.

The perilous omens now on display are a warning for those of us who have not yet been seduced by hallucinatory mirages. Unfortunately but not surprisingly the hallucinators are still active. One of our own homegrown cheerleaders of the failed and disastrous Oslo non-peace accords which resulted in the murder and maiming of countless Israelis has just come up with yet another recipe for pie in the sky “peace.”

At first glance, this messianic era document is a peacenik’s pipe dream with Jewish residents of Judea and Samaria living in a warm embrace with an equal number of Palestinian Arabs settling in a shrunken pre 1967 Israel. “Permeable borders” which is another name for EU type free movement of people without security checks across all territory is a feature of this plan.

If we were living with Swiss neighbours or perhaps peaceful Tongans in the idyllic South Pacific this vision of heaven might be feasible. However, as in the past, Yossi Beilin and his co-authors, are selling us a product as suspect as snake oil in the old American wild west.

Truth of course is anathema to those who strive mightily to create illusions which is why this following piece of reality translated by PMW never surfaces in the minds of those peddling flawed and fatal solutions: https://palwatch.org/page/29534

The usual suspects have already embraced this “Holy Land” delusional concoction. The UN Secretary General and the US Deputy Secretary of State, who incidentally in her previous incarnation under the Obama White House helped craft the Iranian nuclear enabling piece of paper, have already warmly endorsed the proposals. Waiting in the wings will be those individuals and groups normally biting at the bit to support each and every endeavour which weakens the Jewish presence in Israel and facilitates our eventual demise.

The perilous omens could not be clearer.

We ignore them at our peril.