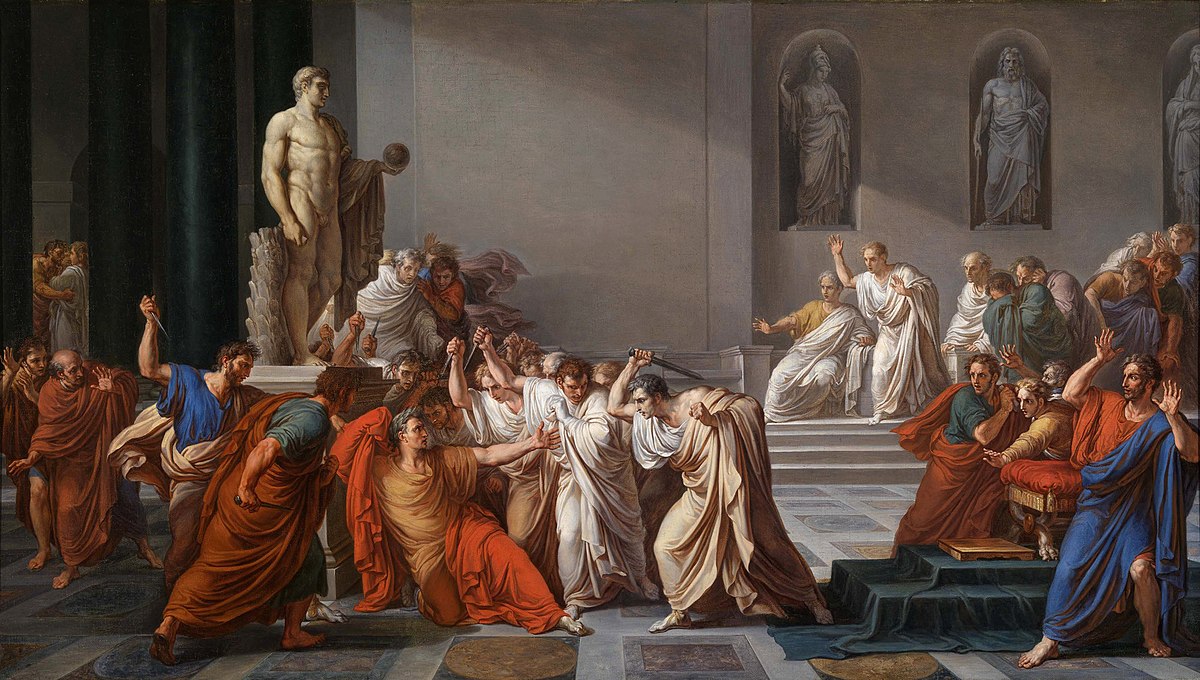 Any history student of Julius Caesar’s life will instantly recognize the significance of the Ides of March.

That date, to paraphrase the late President F.D. Roosevelt, will “live on in infamy” as the day many of Caesar’s erstwhile friends turned on him and literally stabbed him in the back. Ever since any malevolent occurrence at this time is attributed to the double-crossing intentions of those involved.

The Ides of March this year in the civil calendar equates to Tuesday 15 March and by a remarkable twist of fate or perhaps divine messaging there has been a repeat performance. Although the acts involve verbal treachery, at least at this stage, their end results will, if not thwarted, be just as lethal and final.

I am referring to the farce being enacted in Vienna and the actions of the American Ambassador in Israel as well as the complete failure of the international community (i.e. the UN) to protect one of its members. All these situations carry a salutary lesson for Israel and its citizens and indeed also for those living in countries that have a dubious past as far as their treatment of Jews is concerned.

Without being privy to the negotiations taking place in Austria it is impossible to arrive at definite conclusions. However, it has been apparent for some time that at the end of the day Iran will achieve all its objectives thanks to the lack of backbone on the part of the other parties. With the Biden Administration in appeasement mode, it is just a matter of working out how best to sell a disastrous deal. The only opposition to the emerging sell out comes from Israel and those Gulf nations directly threatened by the Mullahs of Tehran and their surrogate terrorist partners.

There have already been sufficient hints to indicate which way the foul winds of capitulation are blowing. In the face of Israeli pushback, Washington has already announced that it “is ready to make tough decisions to revive the Iran nuclear deal.” What are these so called tough decisions? The answer is showering Iran with billions of dollars, removing sanctions and amazingly dropping of terrorist designations against the Iranian Revolutionary Guard Corps. All this is apparently in exchange for an Iranian “promise & commitment” to “de-escalate.” Does this not sound eerily familiar to “peace in our time” guarantees?

You may well ask – de-escalate what? The IRGC is the funder and sponsor of terror groups in Lebanon, Gaza, Iraq and Yemen which are itching to cause death and destruction on Israel, Saudi Arabia and the Gulf States. The fact that this proposal is even being considered conclusively proves that the Ides of March are well and truly upon us.

It has been apparent to all except for those living in a parallel universe that the United Nations is incapable of defending the national sovereignty of any of its member nations. This has been proven in the past and no more than today. Like its doomed predecessor, the League of Nations, which fiddled and fumbled while Abyssinia was raped and then lapsed into passing impotent resolutions while Hitler swallowed Austria, Czechoslovakia and Poland, the UN today is hurtling down the same one-way route to total irrelevance.

As mentioned previously, Tuesday 15 March was the Ides of March.

On that particular day the American Ambassador in Israel, Thomas Nides, participated in a video meeting with Americans for Peace Now. What ensued should not have been a surprise if one had taken notice of the Ambassador’s background but nevertheless his performance on this occasion surpassed everyone’s expectations. Diplomats are supposed to be diplomatic but I assume that his left-wing credentials combined with the Biden and progressives of the Democratic Party plus the Peace Now groupies all contributed to his outburst.

It is good that he was honest enough to reveal his real agenda and that of the Administration he represents because it at least prepares all but the most gullible sceptics for what is looming just around the corner.

The Ambassador’s lovefest with Peace Now revealed at least two critical salient points which in actual fact have been cornerstones of American State Department policies for some time. During the Trump Presidency, the negative influence of the anti-Israel officials was frequently overridden. Now, we once again have them back in full force and with an increasingly militant progressive socialist influence in the Democratic Party, the failed agendas of the past are again being peddled.

The Ambassador latched onto what he and his fellow leftist colleagues deem to be the biggest threat to peace. Terror, Iranian ambitions to acquire nuclear weapons and their development of the means to deliver them, incitement and hate in the Palestinian Arab media and schools, North Korea’s unhindered development of missiles, all these and many more pale into insignificance in the face of Jews reclaiming sovereignty.

Declaring himself to be “infuriated” and accusing Israel of being “stupid,” Nides assailed the building of homes for Jews in Judea, Samaria and Jerusalem, pledging to do everything in his power to put a stop to this peace threatening activity. The sight of “settlement growth” is apparently such an abomination to him that he will spare no effort to thwart it from happening.

He recognized that “Jerusalem is the Capital of Israel” but then added that its future status would have to be “determined by the parties.” As a fervent advocate of reopening the US Consulate for Palestinian Arabs in Jerusalem he obviously already agrees to our Capital being divided and designated the Capital of a proposed Palestinian Arab State once again ethnically cleansed of any Jews.

To make matters worse, Nides called the payment of stipends by Ramallah to terrorists and their families “worrisome” because it caused complications for the PA. Note that he did not demand the complete cessation of the “pay for slay” policy.

I looked in vain for some robust rebuttal from our Government but so far there has been silence. I would have invited the Ambassador to visit Gush Etzion and see for himself the enormous amount of building taking place, houses and roads alike, but unfortunately, he had already declared his intention never to set foot in places that Jews settled three thousand years ago.

It is somehow symbolically appropriate that this all erupted on 15 March because we can now truthfully declare “beware the Nides of March.”

Julius Caesar was betrayed by colleagues who he thought were some of his best friends and supporters. At the end of the day however personal political considerations and ambitions prevailed.

We are continually assured that the USA has our back and that we can blindly put our faith in their undying pledges of support. In the past, there have been arms embargos and other penalties imposed when Israel decided that its security warranted direct action. Nothing convinces me that this same scenario will not be activated when in the future, we need to take proactive steps once again to safeguard ourselves.

With the end of season sale in Vienna, confusion and lack of will in the White House and the US Ambassador in Israel making the Biden Administrations’ attitude clear, the looming sell out couldn’t be starker.

It’s time to let our “friends” know that we are aware of their agenda and are prepared to act accordingly.