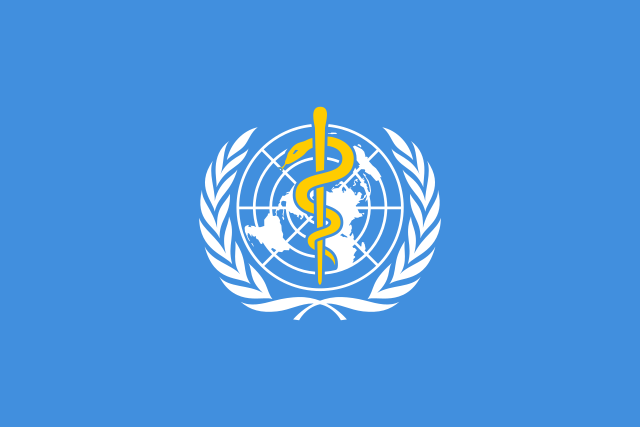 If we were in the business of handing out grades for effort and results there would have been a flurry of failures this past week.

Top of the list or rather bottom of the pile again would be the pathetic performance of New Zealand’s dismal diplomatic vote at the meeting of the World Health Organization.

In my previous op-ed, I highlighted the disgraceful and shameful way in which New Zealand Governments of both political persuasions have over seven decades condemned, censured and voted against Israel. In each and every case the appalling ignorance of those involved, from the Prime Minister to Members of Parliament and the bureaucrats in the various Departments, remained impervious to real facts. Parroting whatever politically correct mantra was the flavour of the month their understanding of historical events and current realities remained fossilized. Attempts to enlighten some of them with the truth fell on stony and barren minds.

The latest farce at the WHO precisely encapsulates the hallucinatory time warp in which New Zealand finds itself. In aligning themselves with the worst human rights abusers on this planet and voting with the most brazen liars, NZ’s leaders and representatives have forfeited any chance that Israel or Israelis can ever take them or their pontifications seriously.

So what is this latest WHO theatre of the absurd all about?

Like the UN Security Council, General Assembly and the misnamed Human Rights Council, the WHO meets on a regular basis to ostensibly discuss health subjects. Just as the aforementioned organizations cannot resist the temptation to single out Israel for special condemnations the WHO also follows this corrupt agenda.

Thus, at its recent meeting, it ignored every other threat to world health and concentrated its venom on the Jewish State. Under discussion was a resolution cosponsored by such champions of human rights and democracy as Cuba, Iraq (where contact with Israel is now a capital offence), Libya, Pakistan, Qatar, Saudi Arabia, Turkey, Venezuela and Yemen, which accuses Israel of violating the health rights in the “occupied” Palestinian territories including East Jerusalem and the Golan. A series of vitriolic lies masquerading as “concerned” speeches ensued and set the scene for a classic case of Israel bashing by some of the world’s leading exponents of modern-day medieval-style blood libels.

Completely ignored of course were the myriad of genuine health abuses by Russian assaults of Ukrainian hospitals and health facilities, similar actions by the Syrian regime against its own population, Taliban destruction of its health systems and shocking results of conflicts in other places. It is apparent that the supposed threat to world health posed by Israel is fanned by the fetid intentions of those whose priority is the delegitimization of the Jewish State.

Instead of a complete rejection of these blatant manifestations of Jew-hate the WHO adopted the resolution by a vote of 77 in favour, 14 against and 36 abstentions. Once again Australia stood firm and voted against but shamefully and unsurprisingly New Zealand voted in favour.

This latest effort demonstrates that ignorance and no doubt an indecent dose of deliberate prejudice continues to be the prevailing attitude in Wellington. It is not as though the real truth is inaccessible; it is rather a prevailing and persistent refusal to not be confused by the facts.

As far as the allegations of deliberate Israeli actions in denying health care are concerned, anyone with the slightest interest in discerning the truth could discover it very easily. Jewish news sites (including J-Wire) have reported over the years on the medical aid provided by Israel to Syrians fleeing the civil war and brutality of the Assad regime plus Arab children from Gaza who receive life-saving heart surgery in Israeli hospitals. All this is well documented but obviously, those in charge in Wellington either can’t be bothered to be informed or prefer to ignore the obvious.

Having worked for seventeen years, until my retirement, in the PR Department of one of Jerusalem’s leading hospitals (Shaare Zedek) and during the last thirty years having experienced first-hand the wonderful care at Jerusalem’s other main hospitals (Hadassah) I can vouch for the fact that ethnicity is not a barrier to treatment. Whether it is the professional staff of doctors, surgeons, nurses, social workers and others or the patients themselves there never ever has been any hint of the sort of accusations that those voting for the WHO resolution believe is the case.

I have witnessed first-hand how patients from Arab countries still technically at war with Israel have been admitted and cured. I have seen and spoken to the parents and children of Arab non-citizens whose eyesight and lives have been saved in Israeli hospitals. Whether waiting at the Health Fund or in a clinic of the hospital, patients of every ethnicity and religious persuasion are treated with the same respect by medical professionals who themselves hail from the same diverse backgrounds.

Instead of swallowing the lies spouted by the immoral majority those who instructed the NZ Ambassador at the WHO to vote for the slanderous lies contained in the resolution could have visited Israel to learn the truth for themselves. That however would mean abandoning preconceived policies. Obviously, this is a step too far. NZ’s invisible non-resident Ambassador, safely ensconced in Turkey, could easily do some homework and see at first-hand what the real situation is. The PM, Foreign Minister or a designated Cabinet Minister or even a delegation of cross party MPs could visit Israel and ascertain the facts.

When one doesn’t want to have preconceived and ill-informed mantras demolished the best strategy is to pretend that the false narratives spouted against Israel at UN meetings are the revealed truths.

That is unfortunately the continuing policies of NZ Governments.

Grade F for failure and flunking any sort of moral honesty is definitely well earned.

Failing grades are clearly also applicable to other countries and individuals and I would be remiss if I did not mention just a few of the whoppers which surfaced this past week:

Iraq has made any contact with Israel by its citizens an offence punishable by death.

The EU Parliament President in a speech at the Knesset claimed that “to be antisemitic is to be anti European.” Well, you could fool me on that one.

The PA announced and CNN (among others) agreed that Israel had deliberately killed the Al Jazeera reporter. The fact that the PA refuses to let Israel analyze the bullet involved and CNN’s star “witness” is a member of the Fatah Revolutionary Council who has a record of praising the murder of Israeli civilians, is seemingly irrelevant as far as the media is concerned.

The UN Human Rights Chief “asks” China to “rethink” its policies against the Uyghur minority. This is as useful as Neville Chamberlain asking Nazi Germany to rethink its genocidal actions against Jews.

At the latest monthly Israel bashing session of the UN Security Council, Russia’s delegate expressed his “deep concern over the oppression of Christian and Muslim believers by Israel and the restriction of their access to holy places.” This piece of incredible hypocrisy delivered with a straight face and endorsed by France, Ireland, Albania & Estonia, must surely qualify them for a double grade F for failure.

In consistently voting to condemn Israel for every trumped-up crime, New Zealand keeps good company with the world’s worst abusers.

Definitely and without doubt a perfect qualification for flunking grades.