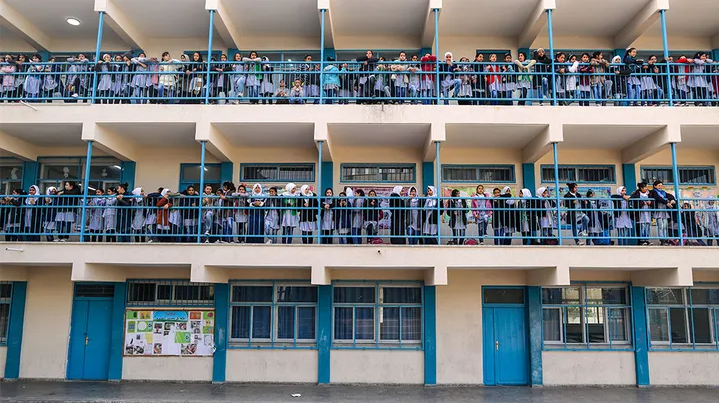 A shocking report by a watchdog organization on Thursday revealed that a UN agency tasked with, among other things, educating Palestinian students in places such as Lebanon, the West Bank and Jordan, employs teachers who promote terrorism and the murder of Jews. 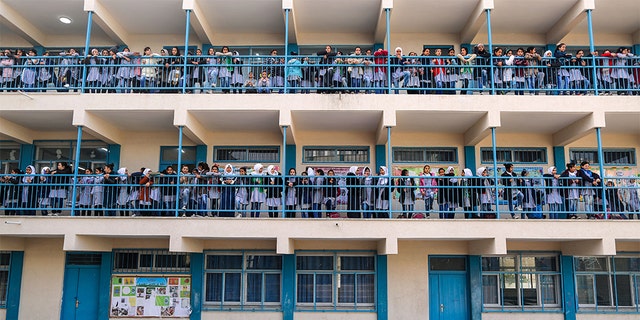 A new report accuses UNRWA – a UN agency that educates Palestinian students – of employing some teachers who promote terrorism against Jews. (Photo by MAHMUD HAMS / AFP)

In one internet post, Awad wrote: “Greetings to the people of Gaza, Blessed victory.” A second post Awad wrote said “In the name of Allah, one victory after the other, Palestine will be fully liberated.”

Awad posted the entries two months after a UNRWA director, Gwyn Lewis, praised Awad in a certificate of appreciation for her “fantastic efforts” as a “best performer” in UNRWA education, according to the report.

Actor of UN Watch, said, “UNRWA should therefore be considered complicit in its staff members’ misconduct. Around the world, educators who incite hate and violence are removed. Yet UNRWA, despite proclaiming ‘zero tolerance’ for incitement, systematically employs preachers of anti-Jewish hate and terrorism.”

UN Watch documented 20 new examples in the report of UNRWA teachers and staffers advocating terrorism and antisemitism in its school programs.

An example from Lebanon, where the U.S.-designated terrorist movement Hezbollah has great control over the state, showed UNRWA Lebanon teacher Elham Mansour posting on Facebook on May 11, 2022: “By Allah, anyone who can kill and slaughter any Zionist and Israeli criminal, and doesn’t do so, doesn’t deserve to live. Kill them and pursue them everywhere, they are the greatest enemy….All Israel deserves is death.”

Neuer said, “We call on the governments that fund UNRWA, as they gather at the United Nations to announce new pledges, to declare that they will stop enabling a system that teaches new generations of Palestinians to hate and murder Jews.”

“The U.S., EU, Germany, UK, Canada and other donor states cannot morally send more money to UNRWA until it shows a genuine commitment to basic norms of education in its schools,” he continued. “This means the agency must publicly condemn UNRWA employees who incite terrorism and antisemitism, remove them from their positions, and create an independent and impartial investigation of all of its staff.”

The U.S. and other predominantly Western states that fund UNRWA met Thursday at the United Nations with Secretary-General Antonio Guterres. They are expected to promise additional monies to fund UNRWA. 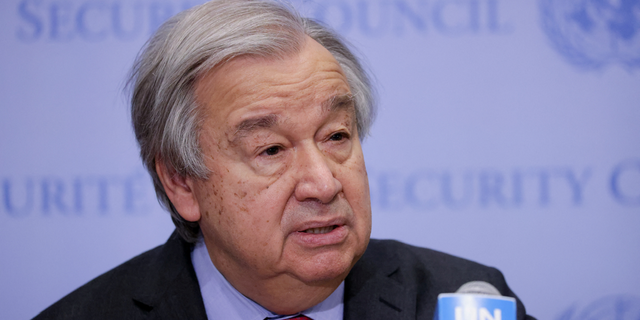 In response to a Fox News Digital request for comment, William Deere, the acting director of UNRWA’s office in Washington D.C., noted the report came out on the same day of the U.N. meeting on the agency.

Deere noted in his email statement that, “a well-known politically motivated organization is once again attempting to undermine the vital humanitarian and human development work of the Agency. UNRWA is an agency fully committed to upholding UN principles and values and has a zero tolerance to hate speech and incitement to discrimination, hostility, or violence.”

He continued, “As we have stated many times before, UNRWA takes all such allegations seriously, and is looking at the newly made allegations, noting that they had not been shared with UNRWA prior to being made public.”

Deere promised action if wrongdoing was found to have occurred: “The Agency’s legal framework provides a process to investigate and act on potential cases of hate speech, incitement to discrimination, hostility, or violence, in line with the UN values and principles. Should misconduct be found, UNRWA will take disciplinary action and the Agency’s Advisory Commission of hosts and donors will be notified as to the results.”

David Bedein, director of the Center for Near East Policy Research and an expert on UNRWA’s curriculum, told Fox News Digital the Biden administration has made one positive move.

“The U.S. government issued an order to place all UNRWA funds in escrow because UNRWA won’t change its curriculum. The U.S. has not buckled under,” he said.

Bedein said the “UN Watch release on UNRWA teachers’ incitement to murder Jews is factual, accurate and informative. The current UNRWA curriculum prepares its students for total war against the Jews,” he claimed. 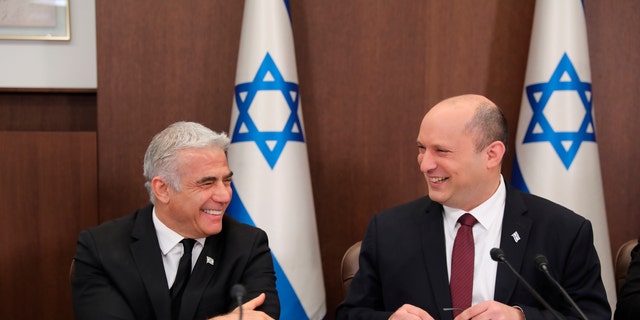 FILE – Israeli Prime Minister Naftali Bennett, right, and Foreign Minister Yair Lapid attend a cabinet meeting at the Prime Minister’s office in Jerusalem, June 19, 2022. Bennett’s office announced Monday, June 20, 2022, that his weakened coalition will be disbanded, and the country will head to new elections. Bennett and his main coalition partner, Yair Lapid, decided to present a vote to dissolve parliament in the coming days, Bennett’s office said. Lapid is then to serve as caretaker prime minister. The election, expected in the fall, would be Israel’s fifth in three years. (Abir Sultan/Pool Photo via AP, File) (AP)

A State Department spokesperson told Fox News Digital in a statement that, “Violent, antisemitic, and other hate-filled sentiments have no place in UNRWA classrooms. Both the United States and UNRWA have been unequivocal in condemning all forms of racism, incitement to violence, and antisemitism.”

The spokesperson continued, “The United States takes these allegations very seriously. We have no tolerance for intolerance and will continue to promote adherence to humanitarian principles, to include neutrality.”

Pointedly, the spokesperson called on UNRWA to act on the allegations. “We expect UNRWA to review the allegations, investigate them, and if warranted, take disciplinary or other corrective action in line with UN policies, up to and including termination of employment or contracts, and hold anyone found to have engaged in such conduct accountable.”