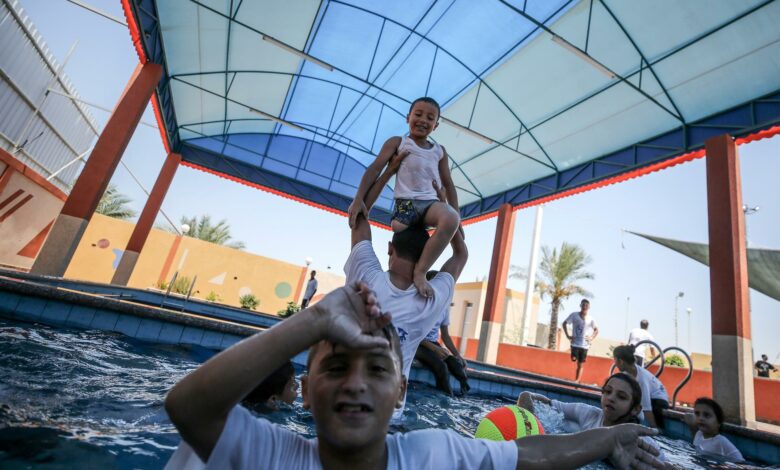 Half the children living in Gaza are suffering from mental health issues, while a third of the Strip’s two million inhabitants are in need of psychological support but only have one hospital that provides it, according to a report by the United Nations’ agency for Palestinian refugees.

To mark World Mental Health Day on Monday, UNRWA highlighted the impact of the multiple escalations of tension between Israel and Palestinian militants operating in the enclave, a situation in which the Gazan civilian population is the most vulnerable and is suffering the most severe consequences.

“In the Gaza Strip, the 15-year Israeli blockade by land, sea and air, and the multiple violent escalations have caused persistent trauma to its inhabitants and have triggered a mental health crisis,” the UNRWA statement said, alluding to the incessant conflicts taking place since the Islamist Hamas movement began de facto control of the enclave in 2007.

The report places particular emphasis on the lack of medical infrastructure in the Gaza Strip, which has only one hospital specializing in mental health, highlighting that “the long-term psychological effects of constant exposure to violence lead to depression, insomnia, pain, fear and epilepsy.”

The violence and shortage of infrastructure and adequate medical care in Gaza are compounded by the difficult living conditions, with more than two million people living crammed into a territory that is just 40 kilometers (24 miles) long and 10 kilometers wide.

In Gaza, unemployment figures exceed 50%, more than 65% live below the poverty line, energy supply is reduced to only a few hours a day with multiple outages, and access to safe drinking water is limited.

In addition, the Israeli blockade, coupled with tight restrictions imposed by Egypt on the Strip’s southern border, limits the movement of people and goods to and from Gaza, confining its inhabitants within the walls that contain the coastal enclave and isolating them from the world.

Beyond the psychological damage caused by the escalating violence with Israel, the material damage is also severe, and the Strip is still trying to recover from the latest clashes this summer.

The latest spike in tension took place at the beginning of August this year, when 50 Gazans died as a result of Israeli bombardments, which also destroyed more than 1,500 homes and multiple civilian structures.