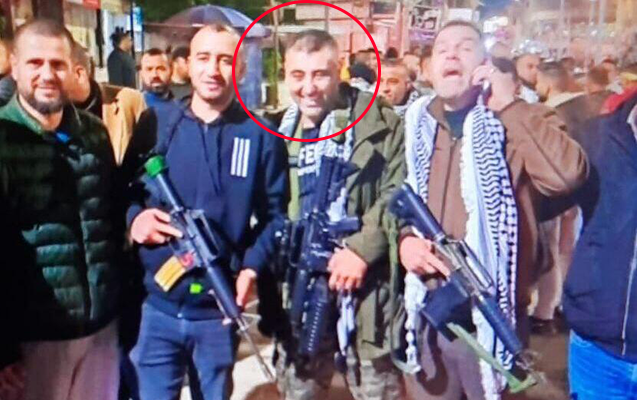 Today, a palestinian Arab doctor was reportedly among those killed during a shootout between IDF troops and palestinian Arab terrorists in Jenin. Other reports have him as seriously injured.

Either way, the haters are already trying to paint him as a new Shireen Abu Aqleh, the victim of an Israeli “execution.” But like in the case of Shireen, we do not know for sure who shot him.

We do, however, know a number of things.

Footage shows the terrorists using an ambulance for cover, the occupants acting as “human shields.”

Another video being shared on social media seems to show how while the ambulance was entering the alley to retrieve a terrorist’s body, there was no shooting from the bottom of the alley where our soldiers were standing. Only after the ambulance blocked the alley did shooting resume, seemingly from the terrorist side.

The doctor killed was named as Dr Abdullah Abu Tin. Here is what he looked like at his day job:

He has also been pictured holding a weapon:

as well as with two armed children:

who are presumably his own kids:

No matter what, Israel will be blamed

If an investigation reveals Israel did shoot the doctor, albeit accidentally, we already know how it plays out.

If an investigation shows a terrorist bullet was the cause, the world media, so-called human rights organizations, and Israel-haters will be silent.

14/11/22: According to the Jerusalem Post, Secretary of the Fatah Movement of Jenin Province told Quds News Agency that al Teen was killed while “fighting side by side” with the palestinian Arab terrorists.

Auto-translation: Equipment of the intertwined doctor Abdullah Abu al-Tin.
His gun lasted against the invaders and the approach of the resister lasted.
May God accept him from among the martyrs

Auto-translation: This is what the engaged commander, Doctor Abdullah Al-Ahmad Abu Tin, left and the location of the sniper’s bullet that hit him.