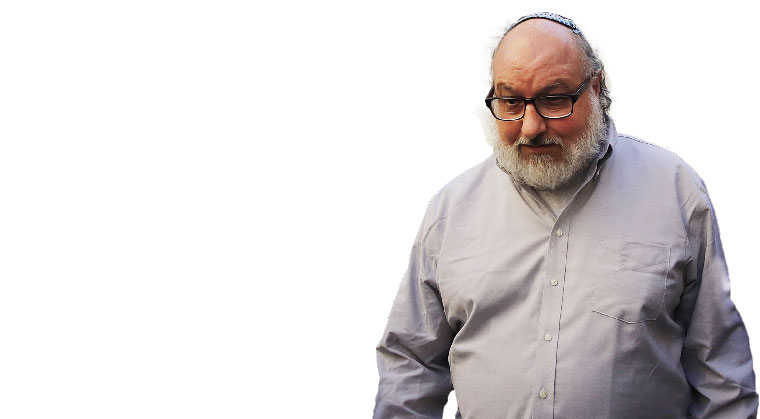 Jonathan Pollard’s next destination is more likely Israel than a return to US federal prison, where he served 30 years of a life sentence for being an Israeli spy.

That’s despite his impromptu interview with Channel 12’s Yuna Leibzon, who ambushed the former Navy analyst and his wife Esther last week at an eatery on Manhattan’s Upper West Side. Under the guidelines of his parole, Pollard is prohibited from relating any intelligence information he passed from the US to Israel in 1984 and 1985.

During the three-minute conversation, Pollard contended that the Israeli government could bring him “home” if it made his case a priority with a friendly US administration.

“Jonathan’s not asking for a pardon or a commutation of his sentence — that’s history, he has been released and is now on parole,” said Rabbi Pesach Lerner, president of the Coalition for Jewish Values and a longstanding Pollard champion. “We are asking President Trump to put an end to the unjust parole terms that Jonathan has been subjected to, thus enabling Pollard to immediately make aliyah.”

A couple of questions remain days after this bizarre, chance meeting in Manhattan. Why did Pollard risk speaking out? And did Leibzon, a veteran journalist, recklessly endanger Pollard’s freedom instead of respecting his privacy?

The answer is that both sides apparently stopped short of crossing any red lines.

Leibzon posted her side of the story on Twitter. She entered the eatery with all of her television equipment for a scheduled appointment, when she spotted Pollard at a nearby table. Admitting the lure of the scoop was too tempting to pass up, she swooped in, launching the video app on her smartphone. Pollard’s initial reticence gave way, as Leibzon noted: “Something changed to open him up. He knew this could be perceived as a parole breach, but I think his primary fear is he’s been forgotten and is no longer on anyone’s agenda.”

A review of the video clearly shows that Pollard was caught off guard. For all he knew, Leibzon might have intended to twist his words for a scoop, thus potentially harming his interests. That’s a legitimate fear for Pollard, who has been burned many times before. Giving Leibzon a few quotes may have been the better of two bad alternatives.

It’s now water under the bridge: Pollard suffered no immediate repercussions. If Leibzon is correct in her assumption that Pollard’s case is off the political agenda, that also means that President Trump, or the Department of Justice, would take no flak for finally letting him go.

If so, Pollard is right to make the public case that his parole terms are onerous and that he finally must be allowed to return home, where he rightly belongs.

Better to take a risk than be forgotten.