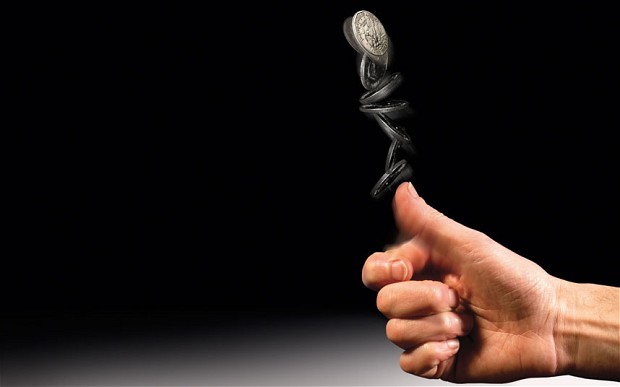 Mercifully we are heading down the straight towards the finishing line on 17 September at which time citizens will need to make an informed decision as to which group of politicians will make up our next governing coalition.

Nobody can complain that there is a shortage of choices because we have thirty-two parties vying to enter the Knesset this time around. Unlike the United States where voters only have a choice of two parties with realistic prospects or other democracies where there may be no more than a handful of alternatives, Israel’s diverse and multi-ethnic population ensures that each and every sector has more than a fair chance at being represented. Therefore it can be safely asserted that in Israel your vote counts more than in other countries.

We are going to the polls for the second time this year because in April Likud was unable to form a viable coalition. Instead of allowing someone else to try, PM Netanyahu dissolved the Knesset and decided to gamble on a second try. Whether this works out the way he hopes is highly doubtful given the unpredictable volatility of opinions in the Jewish genetic makeup.

I have consulted my crystal ball which rather than giving a clear prognosis has instead come up with very mixed signals. The only two definite predictions which can be arrived at are that the voter turnout will be lower than ever and no party will gain an absolute majority. The former is as a result of apathy, frustration and disgust with politicians while the latter is a reality of Israel’s diverse electorate and low electoral threshold.

It is therefore with some trepidation that I risk making any definitive predictions but in the interests of an informed public, I will analyze the dilemmas facing voters as they enter the polling booth and decide which party is worthy of their vote.

It is obvious that only a handful of the thirty-two parties running will make it into the Knesset.

Likud:  One of the byproducts of being in power for an extended length of time is that both the party and its leader assume that they are there by divine right. No matter how successful a Prime Minister may have been there comes a time when he/she becomes complacent, runs out of fresh ideas, stalls at implementing promises made over the years and starts to treat the public with contempt. In addition, a refusal to groom a younger successor and the elimination of any potential rivals sows the seeds for future instability. Likud is supposed to be the flag bearer for right-wing and liberal policies, economic and political. It has achieved much to promote competition and a strong economy but the goal of reducing the cost of living & housing is still a distant achievement. Those who are inclined to vote for right-wing parties are now questioning why a Likud led Government is facilitating the payment of blackmail money to Hamas in Gaza while rockets are being fired at Ashkelon and Ashdod, arranging for the transfer of billions to Abbas and the PA from money withheld previously and dithering in extending sovereignty to Judea and Samaria. As a master at pulling rabbits out of a hat in an effort to sway voters, pre-election “dramatic” announcements to do the latter are just promises yet to be fulfilled.  In addition, Likud has become a captive of the ultra-Orthodox parties with all their reactionary and narrow-minded attitudes towards other Jews. In other words, an increasingly large number of voters are being turned off and Bibi fatigue plus “time for a change” considerations as well as looming indictments could very well have something to do with that.

Blue & White: This centrist party is really an uneasy marriage of three separate groups each of which would never have made much of an impression if left to run by themselves. If, as seems possible they manage to pip Likud their biggest challenge will be cobbling together a viable coalition. Their MK’s range from left to right, secular to religious, so the permutations for potential partners are many. They are open to a unity Government with Likud but without Netanyahu who has several indictments hanging over his head. The aim would be to split Likud and draw some of its MK’s into a coalition. It’s a gamble which might flop or succeed and this makes any predictions impossible. There is not much difference in policies but new faces plus viable alternatives may appeal to undecided voters.

Yisrael Beiteinu: Led by long time and very wily Avigdor Liberman, this party is the wild card. Responsible for denying Netanyahu a coalition in April and if the polls are to be believed the “kingmaker” this time around anything could happen. Originally a right-wing secular party appealing mainly to the large ex-Russian electorate the party has broadened its base and is now seen as a champion of opposition to the extortion of the extreme religious parties. It should be emphasized that they are not anti-religious but they certainly are advocates for universal military or community service for all, more freedom of choice in the provision of religious services and the breaking up of the stranglehold that the ultras have over the personal lives of citizens. They take a hard line on Arab terror as well as security and sovereignty issues. If Netanyahu and Likud are sidelined it will be more or less as a result of this party’s strategies.

Yamina: What used to be the moderate Zionist National Religious Party (Mafdal) has now morphed into an amalgamation of several “dati leumi” groups veering sharply to the right and seemingly captured by individuals promoting policies more reminiscent of hard-line religious followers. Its most liberal component, headed by former Justice and Education Ministers, have already stated that once the elections are over they will be splitting away which makes one wonder why anyone should vote for them. The end result is a rump party comprised of religious extremists whose only virtue is that they call themselves Zionists. Even the endorsement of Rabbi Joseph Gutnick is not going to help them greatly.

UTJ: Representing Ashkenazi ultra-Orthodox voters, proudly non-Zionist and vehemently opposed to army service this party is dedicated to furthering the interests of their sector which basically means shlepping as much money as possible from a cash strapped Treasury and maintaining the monopoly of an increasingly out of touch Chief Rabbinate. A mainstay of all recent Likud led coalitions this party faces an increasingly looming danger in that slowly but surely a growing number of younger supporters are looking to other parties. The reason is a realization that integration with the Zionist State is a key to future educational and economic advantages. On a totally unrelated subject, Malka Leifer, wanted for sexual abuse crimes in Australia, is being assisted by UTJ personalities to evade extradition. This, of course, will not feature in any election publicity but it nevertheless is a scandalous situation for any holier than thou party to face.

Shas: Looking after the interests of the Sephardi religious public and also many traditional Sephardim this party has also featured in most recent coalitions. Its leader has the dubious distinction of having served time in jail for corruption but it must be admitted that he is not the only MK to have this as part of his CV.

Labour: Oh how the mighty have fallen. Once the dominant political force, it is now a shadow of its former self. With a recycled leader, tainted with the odious Oslo disaster, promoting a Venezuela style economic cash bonanza plan and still clinging to imaginary peace partners, this party is not expected to reach double-digit representation. Those looking for a real socialist nirvana will need to look elsewhere.

Democratic Union: The far-out left Meretz party has been joined by a former failed PM, Ehud Barak, who instead of retiring gracefully has convinced himself if nobody else that he alone can save Israel from disaster. Rejected by his former Labour Party and unable to find a home anywhere else his shidduch with those who believe that the absence of peace is our entire fault is bound to fizzle. No doubt mesmerized “peace at any price” fans will feel euphoric but I suspect they are in for a let down come election day.

United Arab List: This party is composed of disparate groups bound together only by their loathing for the PM in particular and the Zionist enterprise in general. Thinking Israeli Arabs realize that these advocates for the PA are achieving nothing for them and therefore may very well vote for other parties, something which has been discernable at previous polls.

Barring some sort of last-minute development (which is quite possible in this country) no other party should make it into the Knesset. However, this being a country of surprises nothing can be ruled out.

Nothing is definite until “the fat lady sings.” The next act in this endless drama is eagerly awaited.