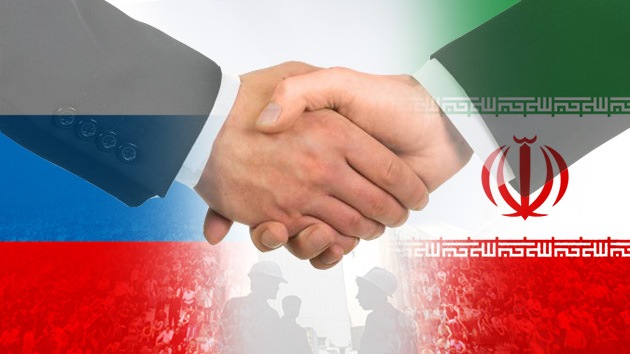 As we speak, the Russian-Iranian alliance alongside Russia’s overtures to Erdogan’s regime poses a major threat to US interests in the Middle East. In recent times, Turkey has threatened US forces in Syria. In addition, Turkey has targeted Kurds allied with the US in Syria and voices within Turkey have demanded the eviction of US forces from the Incirlik Air Force base. Some analysts argue that Turkey has most likely taken these moves only in response to Russian influence.

In addition, Russia propping up Iran has made the threats that the US faces emanating from the Middle East far more lethal for instead of merely facing a radical regional power, the US is dealing with a radical regime backed up by a superpower. A perfect example of this is Russia’s sale of the S-300 missile system to Iran. Also, Iran used their influence in Syria in order to get the Syrian Air Force to attack Kurdish forces that are aligned with the US in order to send the message that the Kurds cannot leave the Iranian sphere of influence. More important than that, Iran tried to drive a wedge between America and Russia in Syria, which is their ultimate goal. Given this, the US should work in order to pull Russia out of the Iranian axis for this poses a strategic threat to American interests.

However, how can America go about pulling Russia out of the Iranian sphere of influence? In order to come up with a concrete policy plan for this, one needs to understand Russia’s intentions. Russia is not supporting Erdogan and Iran due to a love of radical Islam. The Russians themselves are facing threats from radical Islamist groups in Chechnya, who have blown up Russian railway stations and taken hostages inside Russian theaters. The Russians know deep down inside their souls that both Iran and the Muslim Brotherhood regime in Turkey can one day form an alliance with these Chechen groups.

Nevertheless, on the other end of the coin, the Russians feel very much threatened by the expansion of NATO and NATO’s deployment of a missile defense system in Eastern Europe. They also feel very much that their role as a super power is not respected in the West. A good illustration of this is Hillary Clinton’s rhetoric during the US electoral campaign. Also, the fact that the US under Obama placed sanctions upon Russia did not help the US to win support in the Kremlin. As a response to these grievances, the Russians feel that they need to preserve their status by creating problems for the United States via Iran and Turkey in the Middle East. And they believe that they have the power to do it.

As Syrian Kurdish dissident Sherkoh Abbas explained, “Things changed after the prices of oil went within the past 10 years. When the prices of oil went up, they had abundant money and were able to build up their weapons system. When the prices of oil went down and they faced increased Western pressure over the expansion of NATO as well as the sanctions on them due to their involvement in the Ukraine, they reached out to Iran/Assad/the radical groups to create problems for the US. They had to show them that they were strong in order to prevent another Baltic state from joining NATO.”

So how can the West solve the issue? On the one hand, Russia cannot see the United States as weak. The United States has to take a proactive position and cannot retreat like Obama did with his Red Line Policy in Syria. But on the other hand, the US has to be sensitive to Russian sentiment and not to demonize them. The best way that the US can be proactive in finding a solution to this issue is by supporting breaking up Syria. The creation of an independent Kurdistan and an independent Druze state will allow Iranian influence and ISIS influence to wane in Syria.

At the same time, Russia can be won over to this idea by telling them that Assad can create an Alawite state along the coast and this will enable Russia to keep their long sought-after warm water port. By solving the Syrian crisis in this way, then it will be much easier for the US to resolve their differences with Russia on other issues of importance. Right now, the US is so boggled down with the Syrian refugee crisis, Assad’s brutal bombings and ISIS terrorism to deal with any other issue. But if the Syrian crisis can be solved, then Iran will lose one of the main issues that they are using in order to win over Russian support for the Ayatollah’s regime. Starting with Syria, this will be a roadmap for solving all of the issues and grievances between Russia and the US. It can be a first step towards creating goodwill on both sides.