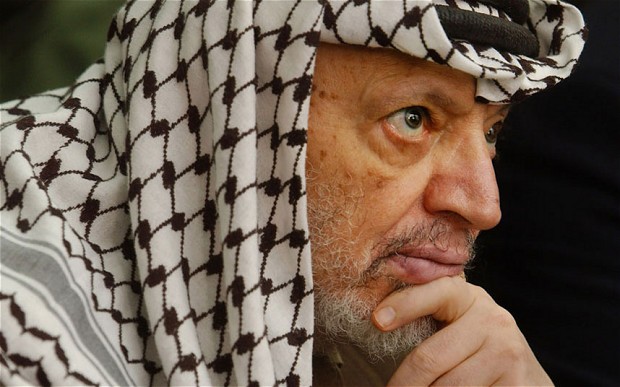 Israel Resource News Agency Bureau Chief, David Bedein, has refused to disclose his sources to the “United Jewish Communities” concerning his investigations of the UJC’s proposed grant of the “Isaiah Award for Peace” to Arafat. Bedein’s refusal to disclose sources has therefore prompted the “UJC” to hire a private detective…

The article in the Forward, published in New York this past week, speaks for itself:

Charity Hires a Gumshoe To Discover Who Leaked Its Plan To Honor Arafat.
Celebrated Detective, Jules Kroll, Raises Eyebrows Among UJC Bigs.
“Everyone Knows That a Terrible Mistake Was Made”.
by Elissa Gootman,
The Forward, Nov. 4, 1999

JERUSALEM — The United Jewish Communities is engaging a top private-detective agency to uncover who leaked the story about the charity’s plans to honor Yasser Arafat with its Isaiah Award.

The newly appointed president of the United Jewish Communities, Stephen Solender, confirmed to the Forward that Kroll Associates has already begun to investigate “where our system broke down,” though he stopped short of acknowledging that the purpose of the investigation is to locate and plug news leaks. UJC officials have denied “any intent to issue the award to Chairman Arafat” and said that Mr. Arafat’s name was one of many being considered for the award. Reports by The Jewish Advocate of Boston and the Israel Resource News Agency, however, say that Mr. Arafat had been notified of the charity’s plans to honor him and that the award had actually been purchased and a speech drafted for the event.

The hiring of Kroll Associates is prompting further outrage from Jewish leaders who were already upset by the news that the UJC was considering honoring Mr. Arafat. The UJC, an umbrella organization of federations that raise $790 million a year, was formed last April from the merger of the United Jewish Appeal, Council of Jewish Federations and United Israel Appeal. In part because the charity is new and untested, its moves are attracting scrutiny. Already, the focus on public relations and information dissemination is drawing criticism from those who say that the UJC should focus on content issues, of which there are many.

The newly appointed chairman of the UJC’s Campaign-Financial Resource Development pillar committee, Richard Wexler, called the hiring of Kroll “preposterous.” “This is not a matter worthy of investigation, seeing as I believe everyone knows that a terrible mistake was made. We ought to go about our business,” Mr. Wexler said. Mr. Wexler said that his committee’s first order of business will be to prepare a “set of procedures” to ensure that a flap such as the one over the Arafat award doesn’t ever happen again. Mr. Wexler said his committee had been assigned that task by the chairman of the executive committee of the UJC, Joel Tauber.

The first words that the president of the Union of American Hebrew Congregations, Rabbi Eric Yoffie, uttered when hearing that the UJC would be using the services of Kroll Associates were, “Oh, for crying out loud.” Rabbi Yoffie said, “The point here is that Jewish organizations, particularly large and important Jewish organizations that are in the public eye, really can’t expect to maintain a high degree of secrecy….For us to bring in private investigators to try to maintain a government-like atmosphere of secrecy — as if the security of the free world depended on such matters — I think is destructive of any organizational culture.”

“By and large, the problem in the Jewish world is that we want more openness…. There’s something unseemly about rushing around trying to block leaks or something, unless you’re dealing with something in which issues of security of Jewish lives are at stake,” Rabbi Yoffie said, adding, “It’s important that the UJC succeed.”

When informed that the UJC had hired a private investigator to discover how the Arafat story leaked, the president of the Combined Jewish Philanthropies of Greater Boston, Barry Shrage, said the news conflicted with his previous estimate of the intelligence of the UJC’s president, Mr. Solender. “Let me put it this way: I don’t believe it. I think that Steve and his group are way too smart to do that, and I just don’t believe it,” Mr. Shrage said. “We want to focus on the future. If we’ve made a mistake, we ought to say we’ve made a mistake and just move on. It’s just time to move on and to think honestly about how to tighten up the process to make sure that we do the right thing in the future. It doesn’t take a lot of consulting to figure out what the right process ought to be,” he said.

Mr. Solender confirmed to the Forward that Kroll Associates began to look into the Isaiah Award affair late last month. “So far it’s pro bono,” he said, adding that after the firm prepares an initial report, the charity will decide “whether we need to study this further or whether that’s sufficient.” Mr. Solender explained that Kroll is “looking into our internal procedurclarified so we can operate more effectively next time.”

When asked whether Kroll Associates was being employed at least in part to uncover how the story leaked to newspapers, he responded: “I want to find out where we made mistakes so that we don’t make them again.” When asked again, he said, “Part of what I want to find out is where our system broke down.” While Kroll Associates is known to videotape the subjects of its investigations, Mr. Solender said that the UJC investigation will involve “nothing that dramatic.”

When asked if he supports the hiring of Kroll Associates to uncover who leaked the story about the Isaiah Award, the chairman of the UJC, Charles Bronfman, responded via facsimile: “I do support the decision to ask Kroll Associates to look at UJC’s security measures.” Mr. Bronfman wrote that he became aware of the “Arafat business” only “when I was given a heads-up about a story the Boston paper was carrying.” He continued: “I believe that such an award would have been inappropriate at this time, and I would have said so.” Mr. Tauber said he supports the decision to have Kroll Associates look into where the UJC went wrong with the Isaiah Award report and how the charity can improve its process.

The national director of the Anti-Defamation League, Abraham Foxman, said he can “understand” the UJC’s decision to hire Kroll. “I think any organization is entitled to make decisions within its institution to ensure confidentiality” and to have its decisions “respected until they want to go public with them,” he said. Mr. Foxman said that organizational leaders should feel free to make tough decisions without being “pressured on that decision” by leaks emanating from the dissenting camp.

Some federation leaders are also voicing support for the UJC’s decision to engage Kroll Associates. “I think an organization has a right to determine who speaks on its behalf and how information is disseminated. I don’t find it hard to understand that an organization would take steps to ensure that it can act accordingly,” the executive vice president of the Jewish Federation of Greater Washington, Ted Farber, said.

The executive vice president of the Jewish Community Federation of Cleveland, Stephen Hoffman, said he had not heard about the decision to hire Kroll Associates in the wake of the Isaiah Award matter, but that it is a decision with which he empathizes. “If there was something about Arafat and if somebody leaked it inside the organization, I would be concerned about how people inside my organization are dealing with sensitive issues. And I would probably take appropriate steps to determine where things broke down,” Mr. Hoffman said.

Mr. Hoffman said that if he had employees who “didn’t have the discipline to know how an organization deals with sensitive issues,” he would no longer want them in his company.

Kroll Associates, founded by Jules Kroll, has grown from a small private-detective agency founded in 1972 to an international investigative and security agency whose stock is traded publicly and whose businesses have included manufacturing armored limousines and tracking Saddam Hussein’s hidden assets. Mr. Kroll’s wife, Lynn Korda Kroll, is on the board of the UJA-Federation of New York and is a member of its commission on Jewish continuity.