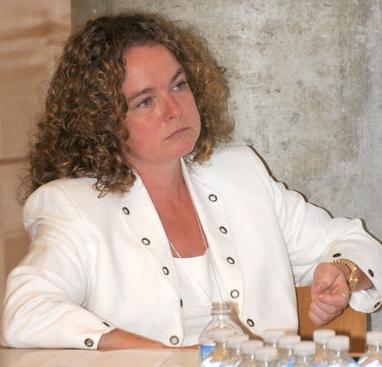 [Editor’s note: The following presentation was delivered by Dr. Catherine Chatterley at the Expert’s Forum of the Interparliamentary Coalition for Combating Antisemitism (ICCA) Conference, which was hosted by the Canadian government in Ottawa, Nov. 7-9, 2010. ]

In her lecture, Dr. Chatterley refers to the Size Doesn’t Matter Campaign 2010 inaugural video that compared Israel to a man’s genitals, and was promoted in 2010 on campuses. The video was produced by the Canadian Federation of Jewish Students and promoted with the apparent backing of Hillels and CIJA (Canadian Council for Israel /Jewish Advocacy). The video depicts a couple in bed with the woman looking at the man’s penis saying she can’t go there because “it’s too small.” The man replies, “I consider this a spot of worship. It may be small, but it’s brought the driest places to life. Baby, this is paradise.” The camera then pans to Israel maps and pocket guides placed strategically on the man’s lower parts. The idea behind the video was to drive young people to the Size Doesn’t Matter website that contained valuable facts about Israel, its culture and innovation and promoted it as a tourist destination. Some people liked the video and others thought it was in bad taste (no punn intended). The Israeli Ministry of Foreign Affairs pulled the video off its website, when it garnered controversy.] See video:

Presentation to the ICCA Expert’s Forum Workshop on Campus Antisemitism

Rather than attempt to present a sustained discussion of a complex problem in such a short amount of time, I will,

instead, mention four dimensions of our subject that are of significant concern to me as a Canadian scholar

and educator, and particularly as a historian whose specific research and teaching specialization is

Antisemitism and the Holocaust: