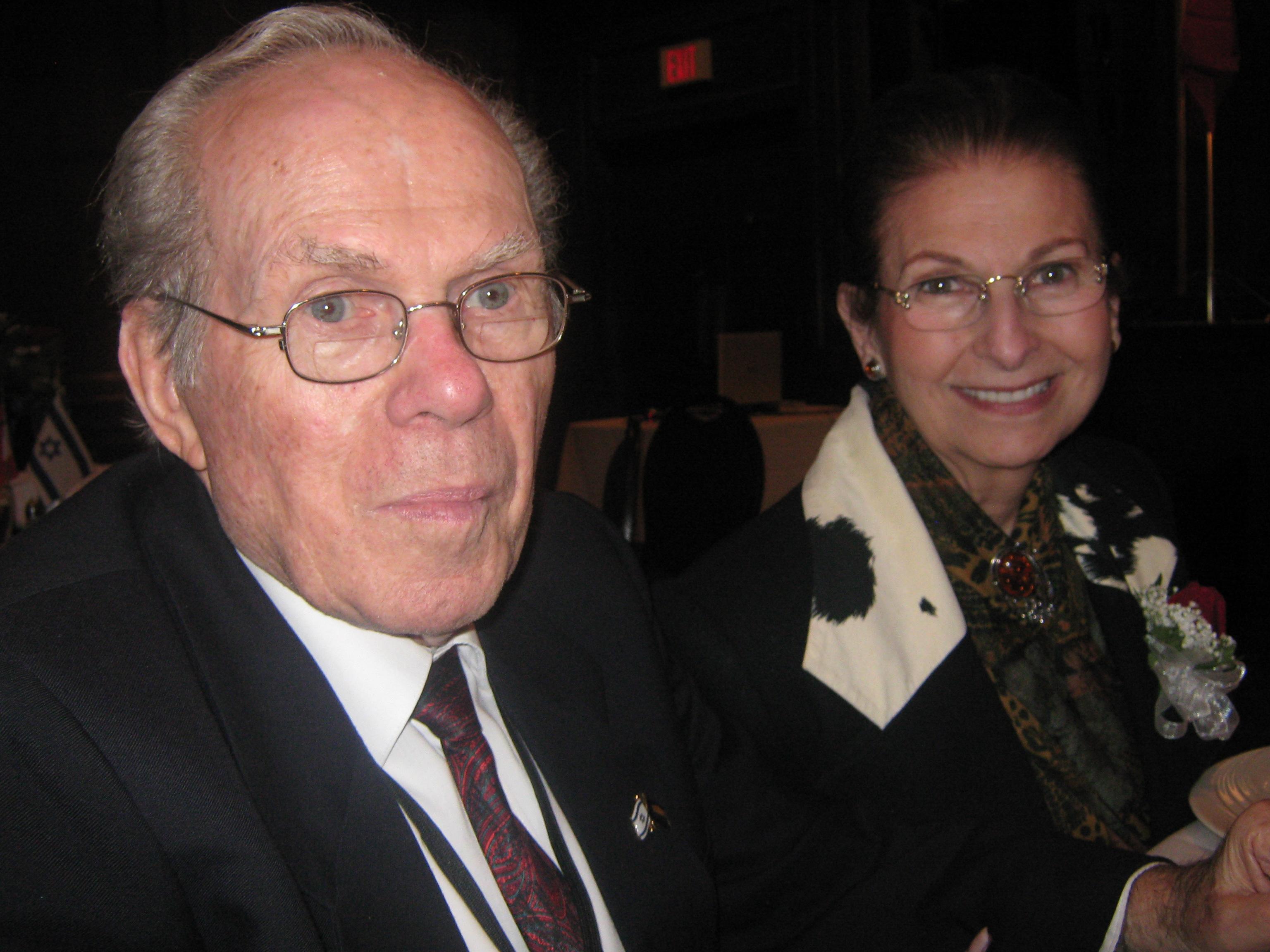 HERBERT KARLINER SURVIVOR OF THE VOYAGE OF DAMNED REMEMBERS

Last year, the Canadian Jewish Congress secured a $500,000 grant from Citizenship and Immigration Canada to commission a monument to the S.S. St. Louis, the ship whose Jewish passengers sought refuge in Canada but who were turned back to their fates in Hitler’s Europe.

This past summer Canadian Jewish Congress selected internationally-renowned architect Daniel Liebskind to produce the monument, which will be permanently displayed at Halifax’s Pier 21: Canada’s Immigration Museum. The monument is under production and will be unveiled in early 2011, along with a companion educational program.

Over a year and a half ago, Herbert Karliner, a survivor of the S.S. St. Louis was in Winnipeg, as part of a Canada-Israel Friendship Tour sponsored by Watchmen for the Nations and other Christian groups.

I had an opportunity to interview him and hear is incredible story of survival, which bears re-telling in light of the fact the upcoming unveiling of the monument.

Herbert Karliner, who is today in his mid-eighties, was one of 936 German Jews who tried to flee Hilter’s persecution by boarding the ill-fated St. Louis ship that steamed away from Germany toward freedom in America.

Karliner and the other passengers had paid their passage and had their quota numbers for entry into the United States. They were to arrive first in Cuba, and stay while waiting for their numbers to come up for entry into America.

The tragic story of the passengers of this ship was one Hollywood retold in 1976 in “Voyage of the Damned.”

“We were in the Cuban harbour for one week,…The Cuban police stopped us from disembarking…The first Spanish word I learned was manyana [tomorrow], but manyana never came…We were turned away by the Cubans and cruised around to Miami… We sent telegrams to [then U.S. President] Roosevelt to let us in, and then we sent a telegram to Eleanor Roosevelt asking her to let in even just the children…But we didn’t get an answer…We sent telegrams to South America and Canada [which went unanswered]… Nobody wanted us..,” said Karliner.

The cable sent to President Roosevelt which went unanswered read: “Most urgently repeat plea for help for the passengers of the St. Louis. Mr. President help the 900 passengers among them over 400 women and children.”

“I was 12 and a half years old and I could see Miami from the ship, and I was so impressed with it I knew I wanted to live there,” Karliner recalled.

The Jews on the ship were finally granted entry into France, Holland, Belgium and England-and as the Nazi’s overtook Europe, over a third of them were killed.
“I came to France…and one year later we were occupied by Germans…Om August 26, 1942, I was arrested and taken by the Germans to a camp…All of the boys over 16 were taken to Auschwitz…I was very lucky…I was one week before my 16th birthday and they let me go,” said Karliner.
Karliner’s sisters and parents “were arrested and taken to Auschwitz and never came back.”

A French Jewish organization the “ OSE” offered Karliner “false papers” and he boarded a ship “ to go to Spain and then to Palestine.” But he never got to Palestine.

“After arriving in Spain, I was caught and sent back to France. Then the “OSE” gave me money to go to Switzerland but when I got there I was arrested and sent back to France…and finally the organization [OSE] placed me in a village in France where they [the villagers] didn’t know I was Jewish or German…My papers showed I was born in Alsace Lorraine…The farmer [I lived with] didn’t know I was Jewish…I went to church and worked like a slave but at least I had a roof over my head and something to eat,” Karliner recalled.

After being liberated by the American Army in 1944, at the age of 16, Karliner re-connected with the Jewish organization that had helped him, and through them he was sent to a displaced persons camp in France along with 450 Jewish boys who had survived Buchenwald.

Karliner, against all odds, finally made his way to America in 1946, and headed straight for Miami Beach. In 1950 he was drafted into the American army.

Karliner, who “retired as a baker 15 years ago” is married to a woman he met in a children’s home in France, and they have two daughters and three grandchildren. His brother, also survived the Holocaust and came to America.

Karliner also remembered that initially his family had purchased permits to go to China, in order to escape Nazi Germany. “We were going to go to China,” he said, noting the family dropped these plans in favour of going to America via the St Louis Ship.’

To watch a video interview of the sole remaining Israeli survivor of the S.S. St. Louis, see:

Read about the S.S.St.Louis “reunion” in Israel: