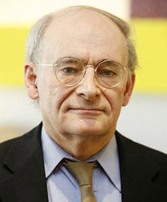 Winnipeg’s David Matas is persona non grata in Russia, where he says he last visited about 1998 “when I was involved in a human rights conference.”.

The international human rights lawyer who is also senior counsel for Bnai Brith Canada has been banned from Russia over a report he did on Falun Gong followers in China who are being killed by the Chinese regime in the process of extracting their organs for lucrative transplant surgeries. Former Edmonton MP David Kilgour, a co-author of the report has also been banned.

The report by Matas and Kilgour, also active in human rights issues, was apparently labeled “extremist’ literature in Russia. A court in Krasnodar, Russia, banned the report in August 2008. The ban was based on a court-chosen expert opinion that the report, “can create for the readers a negative image of China, its social and political system, representatives of authorities, medical workers, military, etc.”

The ban means Matas not be able to accept an invitation to speak at a conference in Russia this year.

When asked by the Winnipeg Jewish Review if it was possible that Russia was interested in banning him for work unrelated to the Falon Gong, Matas responded that he didn’t think so. He did however note that “I have been trying to get the Russsian government to open up the archives regarding Raul Wallenberg–about what happened to him. They aren’t allowing this and I have been pressing them on this point.”

The fate of Raoul Wallenberg, the heroic young Swedish diplomat who saved the lives of thousands of Hungarian Jews before he was arrested by the Soviets in Budapest in early 1945, is one of the great unresolved mysteries of World War II. For decades, the official story from Moscow has been that Wallenberg died in Moscow’s Lubyanka Prison on July 17, 1947-two and a half years after he was captured. But many questions have surrounded that story still Russian authorities will not allow researchers unhindered access to documentation in a case that is more than 65 years old.

Matas said that his work in regard to the Wallenberg case has not been written about in the news for some years.

He thought it was possible that Russia was fearful that he could pursue ” human rights issues in a way that would be critical to Russia.”

In addition to their publication of two reports on the Falon Gong, Kilgour and Matas co-authored Bloody Harvest: The killing of Falun Gong for their organs, a 2009 book detailing evidence that tens of thousands of Falun Gong practitioners had been killed by the Chinese regime. The first and second versions were translated into Russian and distributed in Russia.

The ban means Matas will not be able to accept an invitation to speak at a conference in Russia this year.

The Chinese government banned the Falun Gong movement in 1999 over fears it was becoming too popular and could challenge communist ideology. As Matas told the Winnipeg Jewish Review, “Falun Gong is a set of exercises with a spiritual foundation which began in 1992… it can be thought of as Chinese yoga. It was initially encouraged by the Government of China as beneficial to health, but was banned in 1999. The Communist Party of China represses every belief system it does not control.”

Matas clarified to the Winnipeg Jewish Review that “our report was grouped together with other material on the Falon Gong,” such that the ban wasn’t only targeting his work.

When asked why Russia would be so protective of China, Matas replied, “There is a Russia-China Friendship Treaty and the Chinese government has been invoking this treaty and saying that allowing this information on the Falon gong to circulate is against the treaty between our countries.” He added “There is a certain solidarity among anti-democrats”, noting that until relatively recently “Russia was a totalitarian state” and is not steeped in democratic traditions.

The court’s decision was appealed by Russian activists who worried the ban on extremist literature was being misused to silence opposition and could be used for oppression.

Mr. Matas and Mr. Kilgour, who is also banned, filed a statement for the appeal.

Last month, the ban was upheld by the Krasnodar regional court.

Matas’s father’s parents originated form Odessa which is now the Ukraine but “at the time was part of Russia.”