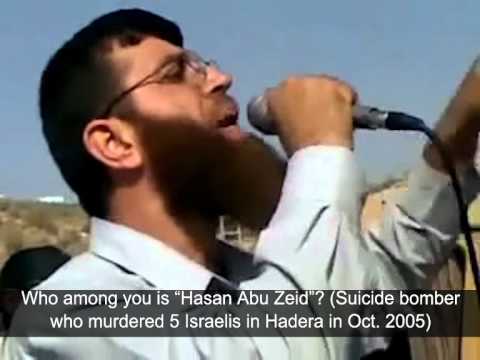 On Saturday EU commissioner Catherine Ashton issued a statement in which she addressed the hunger strike by Khader Adnan, a senior commander of Islamic Jihad in the West Bank.

Adnan was arrested two months ago and is held in administrative detention by Israel. Since then Adnan has become the new pop-cause for the anti-Israel movement.

Ashton said in her statement that she was ‘concerned’ and urged Israel ‘to do everything it can to preserve the health of Adnan’.

She further reiterated the “EU’s longstanding concern about Israel’s “extensive use of administrative detention without formal charge.”

She also stated:” Detainees have the right to be informed about the charges underlying any detention and be subject to a fair trial”.

Adnan’s ties to Islamic Jihad were not mentioned in Ashton’s statement.

The EU statement was issued after lobbying by pro-Palestinian activists like David Cronin, who writes for The Guardian and describes himself as a ‘campaigning journalist’.

Cronin was arrested in Brussels last year when he tried a citizen’s arrest of Israeli FM Avigdor Lieberman at a press conference in the EU building.

Adnan’s ties to Islamic Jihad are well documented in media reports. Al Arabiyah wrote about him as ‘one of the main leaders of Islamic Jihad’.

The Boston globe described him in 2005 as the spokesman for Islamic Jihad. Adnan has repeatedly called upon Palestinians to continue with terrorist attacks against Israelis.

The US and European countries like the United Kingdom, as well as the EU, have listed Islamic Jihad as a terrorist organization.

A comparison between the way Israel, UK and the US use administrative detention published by Homeland Security in 2008, describes Israel’s detentions law as more rights respecting than that of the United States.

It is also not true that Adnan is held without charges as Ashton claims, apparently based on media reporting.

Professor Avraham Bell an expert on domestic and international law wrote us the following:

“He (Adnan)is being detained under one of three administrative detention laws (can’t tell which one from the news reports), every one of which requires that the detainee be brought before a judge within a short period of time. While the rules of evidence are different in detention proceedings than in criminal proceedings, detentions must be based on evidence. All detainees, including terrorists like Adnan, have habeus corpus rights before the High Court of Justice”.

Ashton’s statement about Adnan is new evidence of her bias and double standard towards Israel.

When Adnan was arrested by the PA in 2010 and went on hunger strike in a Palestinian cell after being tortured by Abbas’ security forces, no statement came out of the office of the EU commissioner.

Unfortunately the EU is not alone in its bias against the Jewish state.

The same bias and double standard can be seen in the statements by Amnesty International and Human Rights Watch about Adnan, now that Israel is involved.

In 2010 neither Amnesty International nor Human Rights Watch reported the arrest and torture by the PA and the hunger strike by the Islamic Jihad leader.

Where even the Palestinian Human Rights organization PCHR described Adnan as an Islamic Jihad leader, Amnesty International has clearly difficulties acknowledging he is a terrorist.

“Khader Adnan, aged 33, is a baker, a master’s student at Bir Zeit university, and a political activist. He is married with two daughters”.

The facts are that Khader Adnan is a leader of a jihadist terrorist organization supported by Iran which aims for the destruction of Israel. Islamic Jihad is responsible for the death of scores of Israelis and rejects any peaceful solution of the Mid East conflict.

According to Professor Bell, ‘in this case it’s fairly clear why Adnan is being held. And contrary to the insinuations of Amnesty International, the “right of association” does not grant people the right to immunity from punishment for activities in terrorist organizations’.

An Israeli military judge rejected an appeal by Adnan last week, saying he had reviewed the evidence and found the sentence to be fair. The Israeli High court of justice will review Adnan’s case soon.