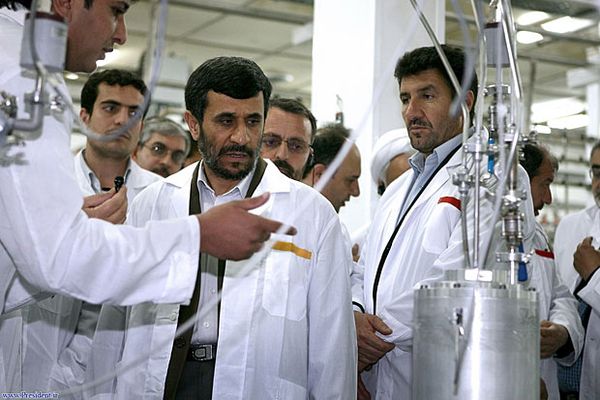 WASHINGTON – In a major concession, Obama administration officials say they could support allowing Iran to continue a crucial element of its disputed nuclear program if the government in Tehran took other major steps to curb its ability to develop a nuclear bomb.

The officials told the Los Angeles Times they might agree to let Tehran continue enriching uranium up to concentrations of 5% if the Iranian government agreed to unrestricted inspections, and strict oversight and safeguards that the United Nations long has demanded.

Iran has begun enriching small amounts of uranium to 20% purity in February 2010 for what it contends are peaceful purposes, although most of its stockpile is purified at lower levels. Uranium can be used as bomb fuel at about 90% enrichment.

The question of whether to approve even low-level enrichment is highly controversial within the U.S. government and among its allies because of the risk that Iranian scientists still might be able to gain the knowledge and experience to someday build a bomb.

But a consensus has gradually emerged among U.S. and foreign officials that the Iranians are unlikely to accede to a complete halt to enrichment, and that pushing this demand could make it impossible to reach a negotiated deal to stop Iran’s program short of a military attack.

The United States and five other world powers began talks with Iran on April 14 in Istanbul to try to finally broker a deal, amid threats from Israel that it will bomb Iranian nuclear installations if the program isn’t dismantled soon. The talks are scheduled to resume in Baghdad on May 23.

The proposed shift in the U.S. position is likely to prompt strong objections from some officials in Israel, from presumptive Republican presidential nominee Mitt Romney, and from some members of Congress who have staked out more aggressive positions than the Obama administration.