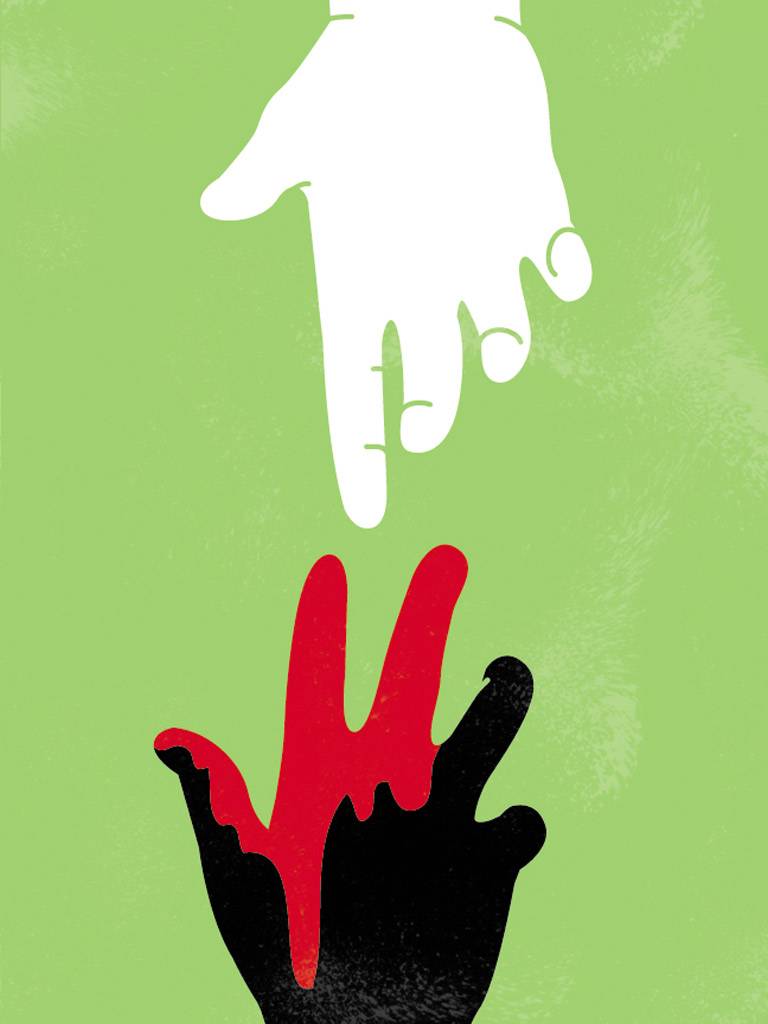 President Bashar al-Assad continues to exploit the international community’s propensity to turn a blind eye to the escalation in Syria, which now results in the murder of hundreds of innocent civilians each week. Thus in order to avoid a Syrian civil war, Western resolve to use its leverage beyond the weak condemnations, publicised summits, and ineffectual initiatives of the past months is likely to be tested.

First, Syria need not become “another Iraq”. Those who resist intervention warn that military intervention might end in the West becoming mired in another Muslim country, on the heels of the unsuccessful Afghan and Iraqi experiences. This argument belittles the West’s successful experience in Kosovo 20 years ago and in Libya in 2011, where intensive airpower removed Gaddafi, stopped the bloodbath, and enabled democratic elections.

Moreover, a military intervention need not involve a ground invasion or even peacekeeping forces – which, in any case, would have little influence on Assad. The recommended model, built on the lessons of Iraq, is a Western aerial campaign that paves the way for regime change, as it did in Kosovo and in Libya. There are no “boots on the ground”, at least initially (and should that become necessary, Turkish forces should be assigned to this mission).

The suggested strategy in Syria is to use gradual steps to convince Assad that an international campaign is a credible option: from moving aircraft carriers to the region and Turkish ground forces to the border, to reconnaissance sorties, no-fly zones, and humanitarian corridors.

Second, the Syrian military challenge can be met. Another argument postulates that the Syrian military presents a bigger threat to Western militaries than those confronted in Iraq and Libya. The Syrian defensive capability is not dramatically greater than Iraq’s of 1991 or 2003, which already included advanced Russian systems. As the Syrian military has been preoccupied with internal uprisings over the past year and a half, it is likely that its capabilities have even eroded. Therefore, those who doubt the West’s capacity to face the current Syrian defence ignore the fact that Western power was built to cope with much greater challenges.

Third, the lack of international consensus cannot justify passivity. Those who call for passivity in Syria claim that since there is no consensus among members of the UN Security Council and no explicit Arab League request, there is no legitimacy for foreign military intervention. These arguments ignore the moral obligation âˆ’ the “Responsibility to Protect” principle âˆ’ endorsed by the West.

This principle, formally adopted by the UN in 2005, declared the international community’s obligation to halt and prevent mass atrocity crimes. In today’s situation, it compels Western leaders to act with the Arab League to stop the massacre of Syrian civilians by the regime. It also obliges the Western powers to promote this campaign with their allies if Russia and China obstruct any broad endeavour under the UN framework. In any case, no Russian, Chinese, or Arab opposition justifies passivity while Assad’s regime continues to slaughter the Syrian people.

Fourth, deterioration is not a risk of intervention, rather a result of non-intervention. Some contend that military intervention would result in social chaos and escalation of violence, as there is, thus far, no apparent force or future administration that could restore peace to the country. However, since events in Syria have already created the threat of full-scale civil war, this is not a risk of intervention, but of doing nothing. Every day that passes deepens the hatred between Syria’s different ethnic groups and increases the challenge of restoring public order. As the ethnic issue is a regional ticking bomb, the deterioration in Syria might easily spill over its borders, with region-wide consequences. On a related note, military intervention also enables Western powers to cope with the potential use of chemical weapons – by the regime against the rebels, or by terror organisations against Western targets.

Fifth, the Syrian opposition presents an opportunity for cooperation. Another instance of faulty logic is that the West should avoid military intervention since there is no emerging leadership to leverage international support to exile Assad’s regime and effectively manage the country “the day after” his fall. The Syrian opposition coalition, however, has scored both military and territorial achievements over the past months. Recent events indicate that the opposition has generated enough momentum to significantly challenge one of the strongest armies in the region. Accordingly, current conditions favour more successful cooperation between the West and the regime’s opposition than those who oppose military intervention suggest.

Finally, action in Syria might support the international campaign against Iran. Those who oppose intervening contend that it would increase Middle East tensions, move Iran out of the international focus, and sharpen the rift between Russia and China and the other members of the P5+1 who lead the negotiations with Tehran.

Acting in Syria however, could weaken, if not break, the nexus between Iran, Syria, Hezbollah, and Palestinian terror organisations, and therefore likely contain Iranian influence in the Levant. This would have a dramatic impact on the balance of power between radical and pragmatic forces in the region. And it would signal to Iran the West’s resolve to back up its interests and threats with force. When the US used force in Iraq in 2003, Iran suspended its nuclear programme. This time, force might put additional pressure on Ayatollah Khamenei. A “Syria first” approach might complement international efforts and undermine Tehran’s recalcitrance vis-à-vis the West.

A gradual military intervention along the lines of the Libyan model of a Western aerial campaign seems the most effective response to the Syrian crisis. Only if Assad assesses that Western intervention is a real threat might he abdicate and make room for leadership with better prospects for halting the violence. The West must not let unfounded fears guide its policy while atrocities in Syria continue.