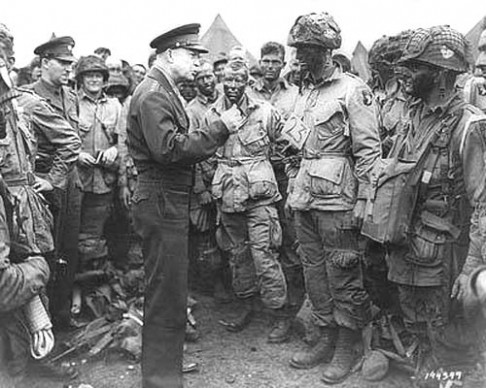 In the past, the United States was the “glory of the world”, mainly after it came to the aid of Europe in the Second World War, the victory over Germany and Japan in 1945, and the American success in establishing a democratic state in South Korea (1953) following the war against the communists, who were allied with China and the USSR. However, the glory of the U.S. has faded during the last generation. Historians point to Vietnam as the beginning of the process of decline; the war lasted 16 years (1959-1975), cost the lives of almost 60,000 American soldiers and ended in a disastrous American rout and Saigon, the capital of South Vietnam, falling to the Vietcong, the militia of communist North Vietnam.

The Vietnam War left parts of American society with a lack of will to fight for the values of freedom and democracy, especially if it’s a question of fighting in countries outside of the U.S. The U.S. military took part in several wars since 1975, but in the Middle East its performances were not always satisfactory. As a result of this, the military strength of the U.S. does not make much of an impression in the Arab and Islamic world, and even back in September of 1970 the terrorists of the Popular Front for the Liberation of Palestine did not hesitate to hijack American and British jets to Jordan and blow them up for all the world to see.

In 1973 the American ambassador, his deputy and the deputy ambassador of Belgium were kidnapped in Khartoum, the capital of Sudan by the Palestinian organization “Black September,” and were executed on the personally telephoned orders of Yasir Arafat. Despite the fact that the Americans recorded the discussion and knew all of the details in real-time, the humiliation by the terrorist silenced them and Arafat subsequently became (with the help of a few bleeding-heart Israelis who were taken in by his charisma and his lies) a “darling of the peace groupies.” He mocked the Americans, fooled them without blinking an eye, and they believed him.

The Iranian audacity towards the U.S. knows no bounds: In October 2011, Iran attempted to assassinate the Saudi Arabian ambassador in Washington, no less than the capital of the U.S. The Iranians have no problem calling the U.S. “the Great Satan,” which has only one meaning: that holy war must be waged against the U.S. – a jihad for the sake of Allah, which will only end with the destruction of the U.S. government and the conversion of its citizens to Shi’ite Islam.

In April 1983 Hizb’Allah – the long arm of Iran in Lebanon – blew up the U.S. embassy in another breach of its sovereignty and killed 63 people. In October of that same year, Hizb’allah demolished Marine headquarters in Beirut killing 241 American soldiers and citizens. The American reaction was to flee from Lebanon, which very much encouraged Hizb’Allah and its patrons in Iran and Syria, and caused the United States to appear as a country without a backbone. A month before this, in March of 1983, Hizb’Allah attacked the U.S. embassy in Kuwait, and in June, 1985 Hizb’Allah organized the hijacking of an American passenger jet of TWA. In June, 1996 Hizb’Allah carried out an attack on an American military base in Saudi Arabia. All of these attacks, carried out by Shi’ite Hizb’Allah with Iranian inspiration, were left unanswered by the Americans.

Qadhaffi’s Libya also contributed its part to aggression against the U.S. with the attack on the disco in Berlin where a number of American soldiers were killed as they were enjoying a night out in 1986. The aggression was answered with an attack on Qadhaffi’s palace, and although his adopted daughter was killed, he did not stand down: In 1988, he organized a revenge attack on a Pan Am jet over Lockerbie, Scotland, killing almost 300 people. What was his punishment? Nothing, until 2011, when the United States was dragged into attacking Libya, almost reluctantly.

On the Sunni side of the Islamic equation, they saw the American weakness toward Iran and Hizb’Allah, and also decided to increase the pressure on the U.S.: in August, 1990, Saddam Hussein disregarded U.S. warnings and invaded Kuwait, one of the West’s main suppliers of oil, claiming that Kuwait is a province of Iraq. The West was outraged, and led by the U.S., in January, 1991, it entered a war that successfully liberated Kuwait, but did not liberate Iraq and the world from Saddam Hussein. This war caused the detractors of the U.S. to draw two conclusions: One is that the West goes out to war not for idealism but rather for interests, and in the case of Kuwait, oil was the causative factor. The second conclusion is that the West is afraid of causing regime change, no matter how bad the regime may be, because of the fear that the successor will be even worse. However, in this war there was an additional American failure. There were Americans, perhaps CIA operatives, who hinted to the Shi’ites in Southern Iraq that if they rebel against Saddam, the U.S. will support them and overthrow him. In March 1991 the Shi’ite rebellion against Saddam (who had been vanquished in Kuwait) began, but he put down the rebellion with great cruelty, costing the lives of tens of thousands of Shi’ites, and the U.S. did not lift a finger. The effect of the American betrayal of the Shi’ites of Iraq at that time continues until today to influence the way the Shi’ites in Iraq relate to the U.S.