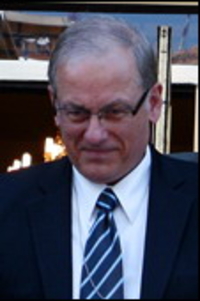 Shimon Shiffer reports in Yedioth Ahronoth that in secret talks in 2010 via U.S. government mediator Frederic C. Hof, Israel’s Prime Minister Binyamin Netanyahu agreed in principle to a full withdrawal from the Golan Heights to the June 4, 1967, lines in return for the “expectation” of Bashar al-Assad cutting ties with Iran, and that the nearly-completed negotiations ended because of the anti-Assad uprising that began in January 2011.

How plausible is this claim?

Here is a summary of the report published by Yedioth Ahronoth:

According to American sources, Netanyahu and Barak agreed to withdraw to the 1967 lines in exchange for a comprehensive peace deal that would include an Israeli “expectation” for the severing of ties between Syria and Iran. However, the sources said, the burgeoning deal did not include an explicit commitment by Assad to sever ties with the Islamic Republic.

The report said the sides did not agree on a timeline for the Israeli withdrawal: Syria wanted the agreement to be implemented within one and a half to two years, while Israel asked for more time before pulling out of the region.

Yedioth quoted a senior American official as saying that the negotiations were serious and far-reaching and would have likely ended with an agreement had they not been interrupted by the uprising against Assad. The official estimated that Netanyahu resumed the talks with Assad to justify the stalemate in the negotiations with the Palestinians and because he viewed Syria as the weak link in the so called “axis of evil,” which also includes Iran, Lebanon and Hezbollah.

According to the documents written by Hof, the discussions were held at the prime minister’s official residence in Jerusalem. Netanyahu and Barak kept the talks a secret, but in early 2011 a Kuwaiti newspaper reported that special US envoy Dennis Ross met Syrian Foreign Minister Walid Moallem and said that Damascus was willing to resume talks with Israel and that the Jewish state was willing to return the Golan Heights. The Prime Minister’s Office denied the report.

Yedioth said US President Barack Obama and Vice President Joe Biden were aware of the negotiations, as were Secretary of State Hillary Clinton, National Security Adviser Tom Donilon, Ambassador to Israel Dan Shapiro and Dennis Ross. Syria’s representative to the talks was FM Moallem, but Hof also met with Assad, the report said.

Netanyahu’s office replied to the Yedioth Ahronoth report that “This was one of many initiatives proposed to Israel over the years. Israel has never accepted that proposal. It is an old and irrelevant proposal.” In contrast, the State Department partially endorsed the report: “Prior to the eruption of all of the violence in Syria, there were efforts to try to support contacts between Israel and Syrian officials. This was part of the mandate of George Mitchell.”

(2) Ariel Sharon stopped this mistaken policy the first time and the Syrian people the second time.

(3) Let’s hope that the upheavals of the past two years close down these misguided ideas of reaching Arab-Israeli treaties before real reform has come to the Arabic-speaking countries. (October 14, 2012)